The Problem with Painkillers 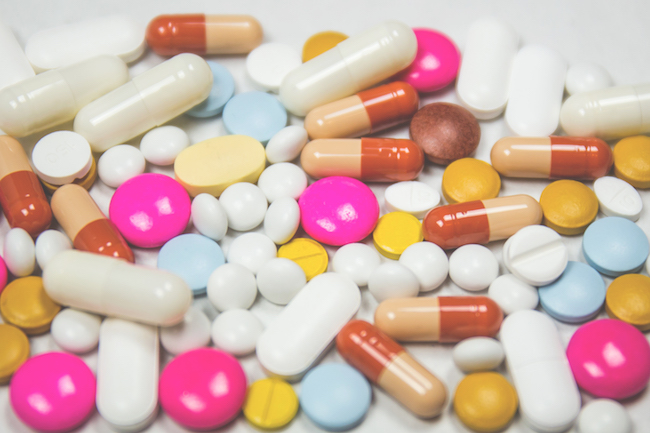 Taking NSAIDs to prevent heart disease, as commonly recommended, has dangerous side effects, like bleeding into the brain or stomach. It has long been known that aspirin is a serious cause of ulcers and gastrointestinal bleeding. A meta-analysis of 24 controlled studies revealed that even taking a low dose of aspirin does not reduce the risk of gastrointestinal bleeding (BMJ 2000;321:1183-7). 28% of people who take low dose Aspirin to prevent heart disease develop an ulcer (Ailementary Pharmacology & Therapeutics 2005;22:795-801).

What’s worse is that, despite this risk, aspirin doesn’t even live up to its reputation for preventing heart disease. Recent research has challenged the recommendation to take aspirin for preventing heart disease. A study of people with multiple risk factors for atherosclerosis, including high blood pressure, cholesterol problems or diabetes was cut short because, though aspirin did significantly increase the risk of side effects, it did not reduce the risk of cardiovascular events (JAMA 2014;312:2510-20).

And, though the FDA continues to endorse aspirin for people who have already had a heart attack or stroke, it recently refused to endorse it for prevention in people who have never had one. It found that there was evidence of “dangerous bleeding into the brain or stomach,” but no evidence of prevention of heart disease even for people at high risk due to family history.

Two recent reviews of all the existing data have also concluded that there is no clinical support for the use of low-dose aspirin for the prevention of heart attack or stroke. The first included 9 studies that included over 100,000 people. It wanted to see if low-dose aspirin could help prevent heart attacks in people who had not had a prior heart attack. It found no benefit, but significant risk (Eur Heart J 2013;34:3403-3411). The second concluded that “There is no reliable evidence that aspirin used in the current fashionable doses of 50–100 mg/day is of any benefit in any common clinical setting” (Eur Heart J 2013;34:3412-8).

Worse still, NSAIDs not only fail to reduce the risk of heart disease, they increase the risk.

A huge study conducted in the Netherlands, Italy, Germany and the UK included 92,163 people who had been admitted to hospital for heart failure and matched them with 8,246,403 controls. The researchers wanted to see if there was an association between using NSAIDs and being admitted to the hospital for heart failure. The study looked at 23 traditional NSAIDs and 4 of the newer COX-2 inhibitors. What they found is serious. The study found that taking any NSAID in the last 2 weeks was associated with a 20-24% increase in the risk of being hospitalized with heart failure compared with not taking NSAIDs in the past half year. The risk of admission for heart failure went up with 9 of the painkillers: diclofenac, ibuprofen, indomethacin, ketorolac, naproxen, nimesulide, piroxicam, etoricoxib and rofecoxib. According to some analyses, nabumetone also significantly increased the risk of heart failure. For naproxen, the risk of heart failure went up by 16%; for ketorolac, it went up by 83%. At high doses the risk doubled for many of the drugs. But even at normal doses, the risk increased on indomethacin and etoricoxib. The risk with several other NSAIDs also increased, but not significantly. The researchers concluded that the study, “based on real world data . . . provides evidence that current use of both COX-2 inhibitors and traditional individual NSAIDs are <sic> associated with increased risk of heart failure” (BMJ 2016;354:i4857).

Research on NSAIDs for pain has not fared much better. A very large meta-analysis included 74 randomized studies of NSAIDs or Tylenol for osteoarthritis pain. A total of 58,556 people was included in the meta-analysis. For most of the NSAIDs, doses below the maximum dose were no better than a placebo at producing clinically meaningful reductions in pain. When taken at the maximum dose, diclofenac and etoricoxib had the highest probability of reaching clinically meaningful benefit. “Nevertheless,” the researchers cautioned, “in view of the safety profile of these drugs, physicians need to consider our results together with all known safety information when selecting the preparation and dose for individual patients” (Lancet 2016;387:2093-2105).

So toxic to the liver is acetaminophen that it has become the leading cause of acute liver failure (Hepatology 2005;42:1364-72). Even short-term use of acetaminophen, if taken at the maximum recommended daily dose, stresses the liver (JAMA 2006;296:87-93).

And Tylenol has other problems. Shockingly, it dulls your emotions. A double-blind study gave either 1,000mg of acetaminophen or a placebo and then waited 1 hour for the Tylenol to enter the brain. The researchers then showed pictures of positive and negative events to the people in the study. People who took the Tylenol evaluated unpleasant events less negatively and pleasant events less positively than did people who really just took a placebo. The Tylenol takers also rated positive and negative events as less emotionally arousing than did the people who got the placebo. The researchers of the study concluded that acetaminophen has a general blunting effect on people (Psychological Science 2015;26:750-8).

Perhaps even more seriously, acetaminophen is the first-choice pain medication for pregnant women. More than half of all pregnant women in the U.S. use Tylenol. But an important new study has raised concern over risks to children whose mothers use Tylenol while pregnant. This large study included 7,796 mothers and examined the effect of using Tylenol at 18 and 32 weeks of pregnancy. The study then used the Strengths and Difficulties Questionnaire (SDQ) to measure behavioural problems in their children when they were seven years old. Use of acetaminophen by the mother at 18 and 32 weeks was associated with a 42% greater risk of their children having conduct problems and a 31% increased risk of hyperactivity. Acetaminophen use at 32 weeks was also associated with a 29% greater chance of their children suffering from emotional problems and a 46% increase in total difficulties.

Conduct problems are a group of behavioural and emotional problems in children. These children have difficulty following rules and behaving in socially acceptable ways. They may exhibit antisocial, aggressive, dishonest, delinquent, defiant and disruptive behaviours.

The study concluded that acetaminophen use during the second and third trimesters of pregnancy is a direct cause of increased risk of multiple behavioural difficulties (JAMA Pediatr 2016;doi: 10.1001/jamapediatrics.2016.1775).

This is nowhere near the first study to sound the alarm for Tylenol and pregnancy. The question is, When will people start listening to the alarm? When a previous large study looked at 64,322 children and mothers, it found that children whose mothers used acetaminophen during pregnancy were at higher risk of being on ADHD medication and of being diagnosed with Hyperkinetic Disorder (HKD), a particularly severe form ADHD characterized by hyperactivity and difficultly concentrating. The association between taking acetaminophen while pregnant and having a child with ADHD or HKD was strongest for women who used acetaminophen during more than one trimester. The more frequently they used it, the greater the risk (JAMA Pediatr 2014;168:313-20).

And in a strange new development, 55,850 American women were followed for 22 years to see if there was a relationship between how long painkillers were used and the risk of losing your hearing. They found that women who used NSAIDs other than aspirin at least twice a week for more than 6 years had a significant 10% greater risk of hearing loss compared to people who used them for less than a year. Women who used acetaminophen (like Tylenol) for more than 6 years had a significant 9% increase in risk (Am J Epidemiol 2016;doi: 10.1093/aje/kww154). When you consider the huge number of people who use painkillers, a 9-10% increase in hearing loss could affect a huge amount of people.

And this is not the first study to find an increased risk of losing your hearing if you regularly use painkillers. Though this study found the risk for women, the same risk has previously been found for men. The earlier study followed 26,917 men who were between 40 and 74. It found the same result, but this time aspirin didn’t get off the hook: men who used aspirin 2 or more times a week had a 12% greater risk of losing their hearing than men who used aspirin less than twice a week. There was a 21% increase in risk for other NSAIDs and 22% increased risk for acetaminophen. For NSAIDs and acetaminophen, the risk increased the longer the men used them. The risk was the worst for men under 50. For them the risk went up 33% with aspirin, 61% for other NSAIDs and 99% for acetaminophen (Am J Med 2010 Mar;123(3):231-7).