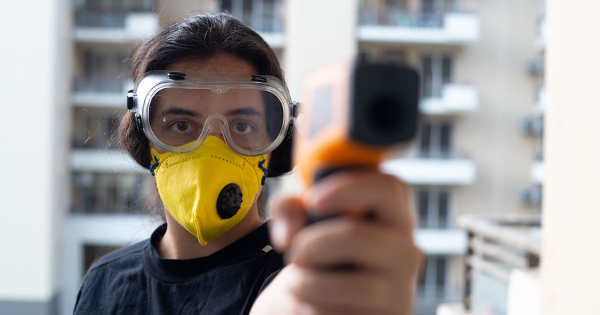 As Ivor Cummins demonstrates in the video above, available data reveal lockdowns have been completely ineffective at lowering positive test rates, while extracting a huge cost in terms of human suffering and societal health. All of the reports and studies reviewed in his video are also available on his website, TheFatEmperor.com.1

To that long list of evidences, we can add yet another report from Canadian pediatric infectious disease specialist Dr. Ari Joffe, which shows lockdown harms are about 10 times greater than the benefits.2

In his 51-page paper,3 "COVID-19: Rethinking the Lockdown Groupthink," Joffe reviews how and why initial modeling predictions failed to match reality, what the collateral damage of lockdown policies have been, and what cost-benefit analyses tell us about the efficacy of the lockdown strategy.

While initial models predicted 510,000 Britons, 2.2 million Americans and 40 million people worldwide would end up dead from COVID-19 unless suppression tactics such as lockdowns were implemented at least two-thirds of the time for the next two years,4 such prognostications have turned out to be complete hogwash.

As noted by Joffe, the lethality of SARS-CoV-2 was quickly shown to be nowhere near as high as the 2% to 3% initially predicted. He writes:5

"The WHO recently estimated that about 10% of the global population may have been already infected, which, with a world population of 7.8 billion, and 1.16 million deaths, would make a rough approximation of IFR [infection fatality rate] as 0.15% …

Similarly, a large study from France found an inflection point in IFR around the age of 70 years … By far the most important risk factor is older age. There is a ~1000-fold difference in death risk for people >80 years old versus children."

Modelers were also incorrect when they predicted that 70% to 80% would get infected before herd immunity would naturally allow the spread of infection to taper off.

"Lead investigator Dr. Gomes, from the Liverpool School of Tropical Medicine, and her colleagues concluded: 'naturally acquired immunity to SARS-CoV-2 may place populations over the herd immunity threshold once as few as 10-20% of its individuals are immune.'11

Separate HIT [herd immunity threshold] calculations of 9%,12 10-20%,13 17%,14 and 43%15,16 -- each substantially below the dogmatically asserted value of ~70%17 -- have been reported by investigators from Tel-Aviv University, Oxford University, University College of London, and Stockholm University, respectively."

How could they get this so wrong? Herd immunity is calculated using reproductive number, or R-naught (R0), which is the estimated number of new infections that may occur from one infected person.18 R0 of below 1 (with R1 meaning that one person who's infected is expected to infect one other person) indicates that cases are declining while R0 above 1 suggests cases are on the rise.

It's far from an exact science, however, as a person's susceptibility to infection varies depending on many factors, including their health, age and contacts within a community. The initial R0 calculations for COVID-19's herd immunity threshold were based on assumptions that everyone has the same susceptibility and would be mixing randomly with others in the community.

That doesn't happen in real life though. According to professor Karl Friston, a statistician, "effective susceptible population," meaning those not already immune to COVID-19 and therefore at risk of infection, was never 100%. At most, it was 50% and most likely only around 20%.19

Despite the mounting of such data, and the clear knowledge that lockdowns were causing unimaginable harm to mental health, physical health, education and local economies, lockdowns were repeatedly implemented in various parts of the world.

The initial modeling report from the Imperial College COVID-19 Response Team actually admitted it did "not consider the ethical or economic implications" of the pandemic measures proposed, noting only that "The social and economic effects of the measures which are needed to achieve this policy goal will be profound." Today, we have a much better grasp on just how profound the social and economic effects have in fact been, and they're devastating.

Stark Reality Facing Off Against Fiction

When we consider the path forward, it's important to separate the fiction created and promulgated by Imperial College modelers and other doomsday prophets within our government and various health agencies, from more objective, reality-based data.

The fact that lockdowns are still being implemented tells us they're still operating based on fictional assumptions. The answer is to push back with real-world data and refuse to acquiesce to fantasy doomsday scenarios.

We also need to insist on formal cost-benefit analyses. To this day, no government has presented such an analysis to the public, which is what prompted Joffe to investigate the matter. As noted by Joffe in an interview with Toronto Sun columnist Anthony Furey:20

Once I became more informed, I realized that lockdowns cause far more harm than they prevent … Emerging data has shown a staggering amount of so-called 'collateral damage' due to the lockdowns."

Collateral damage cited by Joffe include:21

Essentially, Joffe's paper is the cost-benefit analysis of lockdowns that should have at least been attempted before being implemented worldwide and then kept in place for months on end. In his interview with Furey, Joffe explains his approach:23

"In the cost-benefit analysis I consider the benefits of lockdowns in preventing deaths from COVID-19, and the costs of lockdowns in terms of the effects of the recession, loneliness, and unemployment on population wellbeing and mortality.

I did not consider all of the other so-called 'collateral damage' of lockdowns mentioned above. It turned out that the costs of lockdowns [in Canada] are at least 10 times higher than the benefits. That is, lockdowns cause far more harm to population wellbeing than COVID-19 can."

A primary benefit of the lockdowns was supposed to be the prevention of COVID-19 deaths. As detailed in Joffe's report,24 "Using the age distribution of deaths and comorbidities, in the U.K. the average person who died due to COVID-19 had 3 to 5 healthy years left to live." That's a Quality Adjusted Life Years (QALY) score of 3 to 5, which equates to a Wellbeing Years (WELLBY) score of 18 to 30.

Joffe presents data showing that lockdowns "saved" 58.5 QALY or 360 million WELLBY, at most, seeing how herd immunity threshold and infection fatality rates are far lower than predicted. Joffe suspects the total number of deaths actually prevented by lockdowns is fewer than 5.2 million.

Meanwhile, the cost of the lockdowns in the U.K., in terms of WELLBY, is five times greater than might optimistically be saved, and may in reality be anywhere from 50 times to 87 times greater.

A cost-benefit analysis performed for New Zealand, which looked at the cost of adding just five extra days of "COVID-19 alert level 4" found the cost in QALY was 94.9 times higher than the benefit. In his report, Joffe also cites research estimating that in order to "break even and make a radical containment and eradication policy worthwhile," the infection fatality rate of SARS-CoV-2 would need to be 7.8%.25

No matter how many non-COVID deaths are falsely attributed to COVID-19, you're not going to reach that level of lethality, which means lockdowns are robbing the population of more life than the virus.

Indeed, according to an October 2020 peer-reviewed study26,27 by the Public Health Policy Initiative of the Institute for Pure and Applied Knowledge, the U.S. Centers for Disease Control and Prevention inflated COVID-19 mortality statistics by 1,670%, yet we're still nowhere near a fatality ratio of 7.8%.

According to that study, the CDC appears to have violated federal law, including the Information Quality Act in Section 515 of Public Law 106-554 and the Paperwork Reduction Act codified at 44 USC 3501, and by doing so, the CDC was able to bypass essential oversight by the Office of Management and Budget and the Office of Information and Regulatory Affairs.

It's an eye-opening report, which I encourage you to read through. It can offer a sobering reality check if you're still worried. For example, on page 20, there's a graph comparing the COVID-19 fatalities based on the CDC's illegally updated reporting guidelines, against the fatality count had they continued using the guidelines that had been in use for the past 17 years.

As of August 23, 2020, the CDC reported a COVID-19 death toll of 161,392. Meanwhile, the more accurate fatality rate, using the standard reporting guidelines that had been in place since 2003, was a mere 9,684. No matter what data sets we look at, we find that the COVID-19 pandemic has been grossly overhyped and kept alive long past its natural expiration date.

How Did We Get Here and How Do We Move Forward?

Joffe answers these questions in his interview with Furey, stating:28

"[The] initial modelling and forecasting were inaccurate. This led to a contagion of fear and policies across the world. Popular media focused on absolute numbers of COVID-19 cases and deaths independent of context. There has been a sheer one-sided focus on preventing infection numbers.

The economist Paul Frijters wrote that it was 'all about seeming to reduce risks of infection and deaths from this one particular disease, to the exclusion of all other health risks or other life concerns.' Fear and anxiety spread, and we elevated COVID-19 above everything else that could possibly matter.

Our cognitive biases prevented us from making optimal policy: we ignored hidden 'statistical deaths' reported at the population level, we preferred immediate benefits to even larger benefits in the future, we disregarded evidence that disproved our favorite theory, and escalated our commitment in the set course of action …

Each day in non-pandemic years over 21,000 people die from tobacco use, 3,600 from pneumonia and diarrhea in children under 5-years-old, and 4,110 from Tuberculosis. We need to consider the tragic COVID-19 numbers in context.

I believe that we need to take an 'effortful pause' and reconsider the information available to us. We need to calibrate our response to the true risk, make rational cost-benefit analyses of the trade-offs, and end the lockdown groupthink."

He repeats these sentiments in his report, in which he stresses the need to focus on protecting those at highest risk for severe COVID-19 and death thereof. This includes:

In these instances, universal masking and other infectious control strategies are warranted, Joffe says. The rest of the population can and should go back to normal life. Certainly, people should not be universally treated as high risk. The closing of schools, for example, is likely to have far-reaching and devastating consequences that are completely unnecessary. As noted by Joffe:29

"We need to keep schools open because children have very low morbidity and mortality from COVID-19, and (especially those 10 years and younger) are less likely to be infected by, and have a low likelihood to be the source of transmission of SARS-CoV-2."