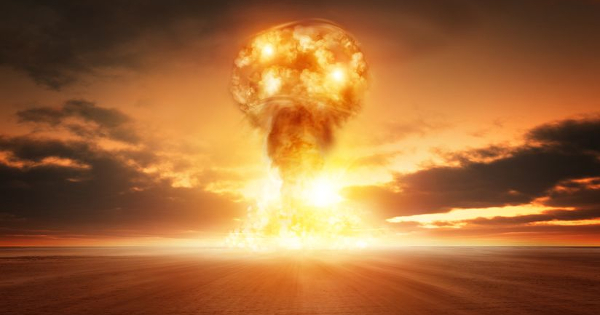 A recent push for nuclear power in Australia has been promoted by the usual public advocates and amplified by the Murdoch press.

Australia has uranium, and can easily acquire the technology. Advocates for nuclear power are calling for 'informed' public debate to quell public fear about nuclear power.

In reality, informed public debate has been going on for some time. The latest iteration was the South Australian Royal Commission of 2015-16, which found that "nuclear power would not be commercially viable to supply baseload electricity to the South Australian subregion of the NEM from 2030 (being the earliest date for its possible introduction)."

But advocates are not deterred, claiming, despite the evidence to the contrary, that nuclear power is cheaper and cleaner than other forms of electricity generation.

Nuclear is still at least 2.5 times the cost of wind and solar

The fact is that electricity from new wind and solar farms is much cheaper than from nuclear power stations. According to the multinational investment consultancy, Lazard, the costs of energy from on-shore wind farms in the USA are in the range 29-56 USD per megawatt-hour (US$/MWh), from solar farms 36-46 US$/MWh and from conventional nuclear 112-189 US$/MWh. 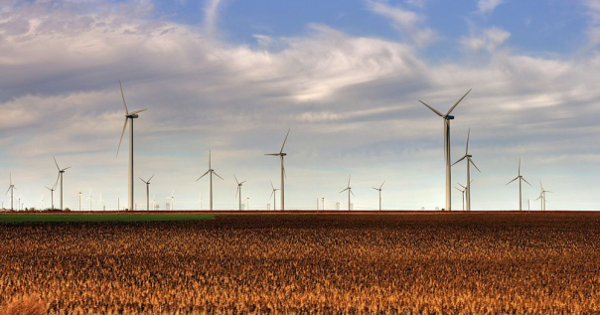 In Australia, the CSIRO and the Australian Energy Market Operator have jointly found that the cost of a wind or solar farm in 2020 will be approximately half of that from new coal-fired power stations, and about one-fifth of that from nuclear power in the form of the non-commercial small modular reactors currently being promoted by nuclear enthusiasts.

Nuclear energy has always been unprofitable in the private economy

In 2019 the German Institute for Economic Research found that of 674 nuclear reactors built for electricity generation since 1951, all suffered significant financial losses. The (weighted) average net present value was around minus 4.8 billion Euros. The Institute concluded that "nuclear energy has always been unprofitable in the private economy". So why were 674 reactors built around the world, and why do nuclear advocates want more 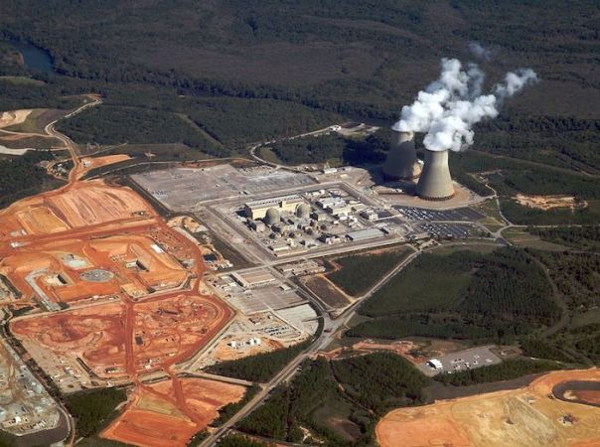 One motivation has been to facilitate the covert development of nuclear weapons. It is well documented (e.g. here and here) that India, North Korea, Pakistan and South Africa all used civil nuclear power to assist their respective covert developments of nuclear weapons, while the UK used its first generation nuclear power stations to supplement weapons-grade plutonium it produced in military reactors.

Today, the UK government is offering to pay the developers of the proposed Hinkley C nuclear power station approximately double the wholesale price of electricity, increasing with inflation, for 35 years.

The pathway to nuclear weapons

Andy Stirling and Phil Johnstone from the Science Policy Research Unit at University of Sussex speculate that this huge subsidy is motivated by the wish to keep the nuclear industrial sector technically capable of servicing submarine reactors that carry UK's Trident nuclear missile delivery system.

There are two main pathways to nuclear explosives - either by enriching uranium in the isotope U235 or extracting plutonium Pu239 from spent reactor fuel. At various times Australia has flirted with both. In the 1960s, under the Gorton government, Australia started to build a nuclear power station at Jervis Bay with the purpose of producing electricity for the grid and Pu239 for nuclear weapons. 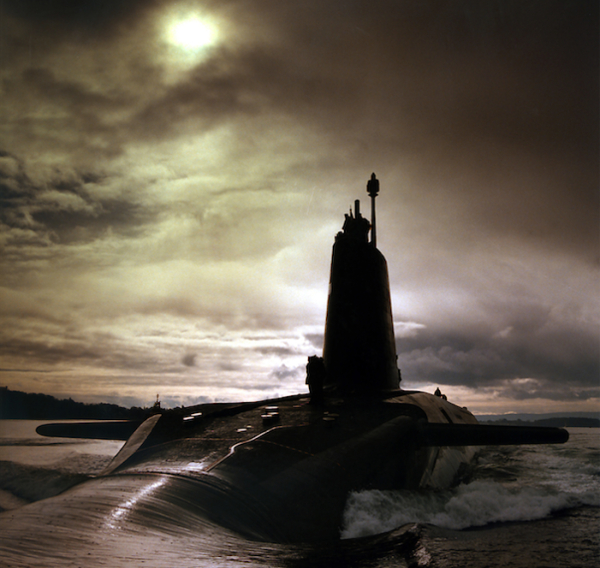 The nuclear-powered Trident submarine carries up to 16 missiles, each armed with 12 warheads -- the most destructive weapon on earth. (Photo: UK MOD)

The program was abandoned by the Liberal Party when it feared its ambition to acquire nuclear weapons would become known and result in an electoral liability. Another attempt, secretly to enrich uranium, was made between 1965 and the early 1980s by the then Australian Atomic Energy Commission (now the Australian Nuclear Science & Technology Organisation - ANSTO).

Australia ratified the Treaty on the Non-Proliferation of Nuclear Weapons (NPT) in 1973 and the Comprehensive Nuclear Test Ban Treaty in 1998, but in the early 2000s pressure was again exerted on the government by elements in the foreign policy and security establishment to revive a nuclear weapons program.

In a 2007 article, "Creative and uncomfortable policy choices ahead", Martine Letts, then Deputy Director of the Lowy Institute, concluded that "a thorough nuclear policy review should also consider which strategic circumstances might lead to Australia's revisiting the nuclear weapons option".

The same year, Robyn Lim, a former Acting Head of Intelligence in the Office of National Assessment wrote that " [we] live in an uncertain world, and must avoid having our uranium enrichment options closed off".

In 2009, the Australian Strategic Policy Institute joined the discussion, with a report by Rod Lyon, director of its Strategy and International Program. He was quoted on the ABC and in the Canberra Times (15/12/2009) as saying 'nuclear hedging' - maintaining or appearing to maintain capabilities to acquire nuclear weapons in a relatively short time - would be prudent, a capability available within 10 or 15 years.

More recent advocates have included Hugh White, who in a 2019 article in Quarterly Essay, reopened discussion on whether Australia should have its own nuclear deterrent. His concern was stimulated by indications that the USA was developing a more isolationist foreign policy. Defence strategist Paul Dibb has recommended that 'Australia should at least be looking at options and lead times'. 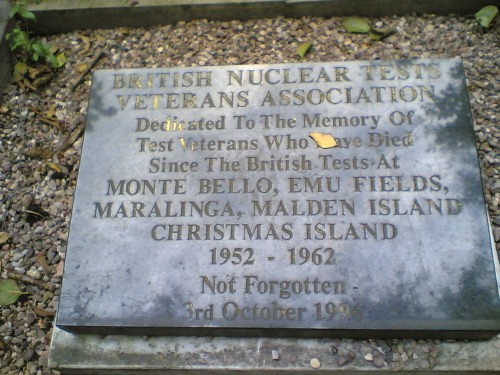 The British conducted atomic tests on Australian soil. Some now suggest Australia should develop nuclear weapons of its own. (Photo: "Three in a row: British Nucleur Test Veterans" by hugovk, licensed under CC BY-NC-SA 2.0 )

Peter Layton, a retired RAAF Group Captain who taught at the US National Defense University, expressed concern in a Lowy Institute article about the costs of nuclear weapons and their delivery systems and recommended that Australia should seek to acquire US or British nuclear weapons.

Stephen Fruehling, an academic in the Strategic and Defence Studies Centre at ANU, considered the possibility of developing nuclear weapons to create a defensive moat around the country to deter invasion by sea. He favoured the uranium enrichment pathway to the nuclear explosive.

Meanwhile, supporters of nuclear power for Australia are becoming more vocal. They include the Federal Minister for Energy & Emissions Reduction, Angus Taylor, the Institute of Public Affairs, the Business Council of Australia and several members of the Coalition Government - all supported by the Murdoch media (especially The Australian). None has yet publicly advocated the development of nuclear weapons.

Building a nuclear power station used to be an effective cover for a nuclear weapons program. Today, however, with renewable electricity from wind and solar PV being so much cheaper than nuclear electricity, the credibility of nuclear power as an alternative to fossil fuels has become very low.

If Australia follows the nuclear path, it provides our neighbours - especially Indonesia, Singapore and Malaysia - with an incentive to follow. The proliferation of nuclear power in South East Asia would signal the start of a regional nuclear arms race, making the neighbourhood less safe than ever.

Dr Mark Diesendorf, a renewable energy researcher, was trained as a physicist and is currently Honorary Associate Professor at UNSW Sydney.

Richard Broinowski is a former Australian diplomat and immediate past president of the New South Wales branch of the Australian Institute of International Affairs. He is the author of 'Fact or Fission? The truth about Australia's nuclear ambitions', and 'Fallout from Fukushima'.