Views 475
Posted on:
Tuesday, July 2nd 2019 at 11:30 am
Written By:
Judy Slome Cohain, CNM
This article is copyrighted by GreenMedInfo LLC, 2019
Visit our Re-post guidelines 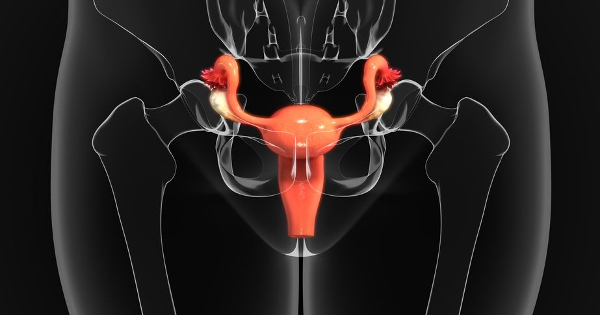 Uterine rupture at full term VBA1C labor rate is 1/500 in a population with average birth weight 3700 gm, in the absence of Prostaglandins, Misoprostol, and/or Pitocin

Birth settings which do not use Prostaglandins, Misoprostol, and/or Pitocin to induce or augment labor determine the rate of VBA1C labor uterine rupture in the absence of medical induction and augmentation. At intended attended home birth and birth center births Prostaglandins, Misoprostol, and/or Pitocin are used only after transfer to hospital. Among VBA1C labors where Pitocin is only used after hospital transfers, but with mean birth weight of 3665, the rate of uterine rupture is documented to be about 1 in 500 VBA1Cs. Since uterine rupture is associated with higher birth weights, this rate can be further decreased by using low glycemic diets and daily walking to obtain birth weights between 2500 - 2900 gm at term. Hospital VBAC uterine rupture rates are confounded by including induction, augmentation, non-low transverse scar types (non-LTCS), multiple previous uterine scars, high risk pregnancies such as diabetics, preeclamptics, heavy smokers and other risky lifestyles, and unclear definitions of uterine rupture. Where uterine rupture is clearly defined, protocols do not include induction or augmentation, and birth weights are under 2950 kg at full term VBA1C singleton births, uterine rupture is extremely rare and yet to be documented during a VBA1C labor. This evidence could be used to more accurately evaluate the relative risks of VBAC vs. ective abdominal cesarean surgery on a case by case basis.

A direct relationship between the uterine scar opening in labor and increased birth weight is well documented. Not a single case of uterine rupture during labor in a VBA1C was documented in the literature with a birth weight of 2500 or less in the absence of induction or augmentation of labor among the 35,854 VBA1Cs that took place in Scotland in the years 1985-1998 as documented in The Scottish Morbidity Record and The Stillbirth and Infant Death Survey. (1) The uterine rupture rate for birth weights of 2500 gm or less in the presence of the use of uterotonics was 1 per 1000 births (0.1%). (1) The lowest birth weight associated with perinatal death from uterine rupture was 3118 gm. (2) The VBA1C uterine rupture with the lowest birth weight, during labors that began at birthing centers was 2977 gm. (3) This birth delivered vaginally in the birthing center and was transferred to hospital 1 ¾ hours later for excess bleeding. It is not documented whether is was a rupture or dehiscence. As the size of fetus increases, the risk of uterine rupture increases as well, as one would expect. According to Zelop et al. the risk of uterine rupture, where induction and augmentation are frequently used, with birth weight under 4000 gm is 1%, 4000 gm or more is 1.6% and over 4250 gm is 2.4% (1 in 42). (4) Elkousy et. al. found the VBA1C uterine rupture rate, where induction and augmentation are frequently used, to be 3.6% in women without a previous vaginal birth with a birth weight > or =4000 g.(5)

For over a decade, midwifery journals have provided a formula to annihilate uterine rupture. (6-8) The recommended diet for the average sized women of average activity is a minimum of 50 gm of complete protein and adequate micro and macro nutrients daily starting from 12 weeks while limiting high glycemic foods such as sugar, potatoes and fruit. High glycemic foods, by definition, raise the blood sugar, which increases risk of macrosomia. Exercise such as walking also helps lower blood sugar. (9) Fifty grams of protein equals only 200 calories. Anecdotally but logically, fasting blood sugars of 65 result in birth weights of 3 kg at 40 weeks, whereas fasting blood sugars of 85 result in birth weights at 40 weeks of about 3500, and fasting blood sugars of 90 result in 4 kg babies at 40 weeks.

The largest study of American home births reports on the outcomes of 1,052 planned VBAC home births using the data from the 2004–2009 Midwives Alliance of North America (MANA) Statistics Project (10). Average birth weight was 3651 g, with nearly a quarter of the birth weights over 4 kg.(11) MANA stats dont include information about Pitocin augmentation of labor. Although not the subject of this paper, in their population there was an increased risk of intrapartum fetal death (3/1,000) in the VBAC group compared with non-VBAC multiparous women (1/1,000). The rate of confirmed uterine rupture in the VBAC group was 2/1,000. The first case, a 4,000 gm baby of an obese woman with eight previous pregnancies, one previous cesarean, and four previous VBACs, was transferred during what started as spontaneous, nonaugmented labor at 39 weeks+1 weeks. The first stage was 11 hours, and the primary reason for transfer was failure to progress. The mother gave birth by cesarean, but it is unknown if she underwent augmentation in hospital prior to the cesarean. The second case of uterine rupture involved a woman with a previous cesarean in her only prior pregnancy with spontaneous onset of labor at 41+3 weeks. The length of the first stage was 16 hours, with at least one period of no progressive cervical change. She was transferred in labor primarily for pain relief, although "baby's condition" was listed as a secondary indication. The infant was delivered by cesarean, weighed 3,800 g at birth. In addition, two perinatal deaths were categorized as suspected uterine ruptures despite the fact that no repair of a uterine tear was performed. Including the 2 suspected uterine ruptures brings the rate of homebirth uterine rupture rate to 4/1,000 in the MANA stats but without them, the rate is the approximately 1/500 finding as appears in Lieberman et al (3).

Three uterine ruptures or dehiscence among 1,351 VBA1Cs (1/440) occurred in the data from the Lieberman et al study of VBA1C outcomes in United States birth centers. The average birth weight among the 1351 vbacs was 3687 gm. Lieberman et al (3) states on page 938 that "women laboring in a birth center do not have their labor induced." However, Lieberman et. al., like the MANA stats, do not document whether the uterine rupture births had Pitocin augmentation after transfer to hospital, whether the uterine ruptures were ruptures or dehiscence and whether non-medical methods were used for induction or augmentation. In Lieberman, the 3 VBA1C uterine ruptures were babies with birth weights 2977, 3062 and 3685 gm. The healthy 2977 gm baby delivered vaginally and the mother remained in the birthing center for 1.75 hours after the birth and then was transferred after birth for excess bleeding, putting a diagnosis of uterine rupture up for question. All three VBA1C uterine rupture babies lived. There were also another 3 ruptures among the N= 95 VBA2Cs, average weight 3700 gm, and of them 2 of the babies died; one was already dead on admission to birthing center and the other died some time after birth in the neonatal period. The birthing center study included women with unknown type of scar, breech, women over 42 weeks. Two of the VBA1C uterine ruptures were diagnosed during cesarean surgery, but no distinct definition of uterine rupture is given. Although MANA and Lieberman are missing many relevant details, and include many high risk pregnancies, this is the most accurate reporting in the literature regarding VBACs in which labor was not most likely not medically induced.

In a study of 649 nurse-midwife VBACs with no uterine ruptures or dehiscence, 22% underwent induction. (12) A small study of home VBACs included only 57 VBA1C women with no uterine ruptures, of whom 10 of the 57 women were medically induced or augmented with prostaglandin and Pitocin in the hospital setting. This is the only homebirth study documenting the use of the following methods of induction at home: nipple stimulation, castor oil, rupture of the amniotic membranes, and/or herbal/homeopathic methods. (13)

A 2017 systematic review (14) of articles about VBAC uterine rupture at induced and augmented labor found 39 relevant studies, mostly retrospective analysis of data. The uterine rupture rates ranged from 0.15- 0.98% for labors which began spontaneously; 0.3-1.5% using induction and augmentation with oxytocin, and 0.68-2.3% for prostaglandin inductions. The labors which began spontaneous, the 0.15% or 1 in 666 uterine rupture rate is largely derived from Cox et al (10) and Lieberman et al (3), which are discussed above. Induction of labor with oxytocin and/or prostaglandins was found to be the main risk factor for uterine rupture at VBAC labors.(14)

Where there is a desire to annihilate the risk of uterine rupture and the woman is willing to be a part of this process, this data presents previously uncollected evidence which supports the concept that eliminating the risk of uterine rupture at VBA1C term labor is a real option. The rate of VBAC labor uterine rupture when induction and augmentation are rarely used i.e. only after hospital transfer of about 1 in 500 can be lowered by reducing the birth weight of the baby to between 2500 to 2900 kg. Uterine rupture at VBAC research are often confounded by including non- lower transverse scar types, the inclusion of women with more than one previous uterine scar, inclusion of high risk pregnancies such as diabetics, preeclamptics, heavy smokers and other risky lifestyles, whether uterine rupture means a symptomatic rupture, a small asymptomatic rupture diagnosed during cesarean, a dehiscence diagnosed upon cesarean, or untreated, undiagnosed, unrepaired rupture suspected at vaginal birth based solely on the occurrence of fetal demise or excess bleeding. However, what we can derive from out of hospital birth studies is that elective cesarean is usually not justified for VBA1C where the estimated birth weight is under 3kg where the setting does not use Prostaglandins, Misoprostol, and/or Pitocin to induce or augment labor.