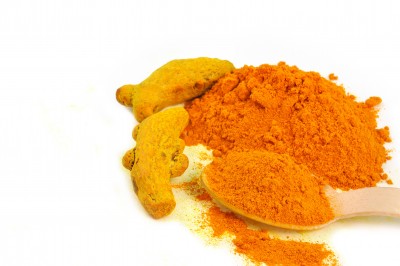 A study from Zheijian Provincial People's Hospital in Zheijiang, China indicates that a compound in turmeric known as curcumin, which gives the spice its characteristic saffron-like color, is capable of inducing programmed cell death (apoptosis) within triple negative breast cancer cells.1

Triple negative breast cancer (TNBC), so named because the cells do not have the characteristic receptors for estrogen, progesterone and Her2/neu, is considered the most treatment resistant, primarily because these 'missing receptors' are required for many of the most popular conventional treatments to work, e.g. Tamoxifen targets estrogen receptors. For this reason, TNBC is considered the most aggressive, the most likely to be treated with less-targeted (and therefore more toxic) forms of chemotherapy, and the soonest to return when treatment fails.

Approximately 15-25% of all breast cancer cases are triple negative. Unfortunately, however, the most visible non-profit foundation dedicated to bringing awareness to the condition, the Triple Negative Breast Cancer Foundation, is focused almost exclusively on raising awareness and money for a future pharmaceutical "cure" - much in the same way as its partner, Susan G. Komen, and the larger breast cancer awareness organization, Breast Cancer Awareness Month, act as if removing and addressing the obvious causes of cancer, e.g. carcinogenic chemical and radiation exposures, were not the first priority. For those suffering through or recovering from treatment right now, or trying to decide what to do with a diagnosis, this latest Chinese study is promising.

Detractors, of course, point out that this latest curcumin research occurred on the level of a cell study, which in the pyramidal power structure of "evidence-based medicine," where the randomized, double-blind and placebo-controlled human clinical study is the sole determinant of the ultimate truth, is the most insignificant, and least compelling as far informing treatment decisions. This view, however, is rather naive, insofar the criteria for determining a substance's potential for future use as an FDA drug is not its effectiveness, safety or availability to those in need, rather, how proprietary and profitable the formula is to manufacture, distribute and market to consumers. The "gold standard" of evidence-based medicine therefore becomes literally: "those who own the gold make the standard."

This is not the first study to reveal curcumin's potential value in treating breast cancer. A growing body of experimental evidence clearly shows that curcumin provides a potential drug alternative. GreenMedInfo.com has indexed over 60 in vitro and animal studies demonstrating either curcumin's direct anti-breast cancer activity, or, its ability to enhance breast cancer's sensitivity to conventional chemotherapy. Also, the open access project has indexed over 1500 abstracts from the National Library of Medicine on its potential value in over 500 health conditions: Turmeric Breast Cancer.