Views 9226
Posted on:
Wednesday, January 30th 2019 at 7:00 am
Written By:
Sayer Ji, Founder
This article is copyrighted by GreenMedInfo LLC, 2020
Visit our Re-post guidelines

Garlic is widely used as a spice, but few realize how powerful a healing agent it is for cardiovascular disease, the #1 cause of death in industrialized societies

Given that cardiovascular disease is the primary cause of death within industrialized societies, anything that can slow the underlying pathological process in its decades-long, mostly subclinical march towards heart attack, embolism or stroke, is worth considering as a prophylactic -- especially if it is as safe, accessible and affordable drug alternative.

Indeed, a study published in the International Journal Cardiology indicates that aged garlic extract, in combination with vitamin B12, folic acid, vitamin B6 and arginine, is capable of favorably altering the ratio of brown to white adipose (fat) tissue surrounding the heart muscle, reducing homocysteine (a blood vessel damaging amino acid) and slowing the progression of coronary artery calcification in human subjects.[i] 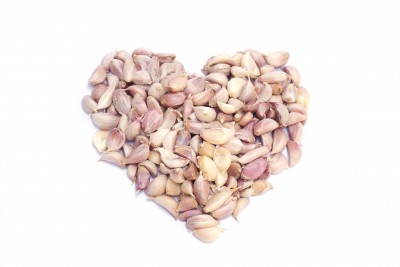 The study involved sixty subjects, randomized to receive either a daily placebo capsule or a supplement containing 250 mg of aged garlic-extract, 100 μg vitamin-B12, 300μg folic-acid, 12.5mg vitamin-B6  and 100 mg of l-arginine. From baseline to 12 months, the researchers found a strong correlation between the increase in the white fat tissue surrounding the heart muscle, also known as white epicardial adipose tissue (wEAT), and the level of coronary artery calcification. They found that at 1 year, the risks of coronary artery calcium progression and increased wEAT and homocysteine were significantly lower in the supplement group when compared to the placebo group.  Researchers also found an increase in brown epicardial adipose tissue (wEAT) and improved vascular reactivity (an indication of lessened vascular dysfunction) in subjects who received the supplement.

There are two types of fat found in mammals, brown and white. Brown fat's primary role is to generate heat in animals, which is why it is abundant in newborns and hibernating animals. White fat, on the other hand, is primarily a way of accumulating energy for storage, and does not have the high density of iron-containing mitochondria which enables it to generate heat and which makes it brown.  The study found a higher ratio of brown to white fat around the heart muscle "[C]orrelated strongly with increases in vascular function measured by temperature-rebound and predicted a lack of CAC [coronary artery calcification] progression and plaque stabilization in response to AGE-S [supplement]." We reported recently on turmeric, another heart health friendly herb, and its ability to favorably increase the ratio of white to brown fat here.

Here is a review on the literature on this topic

Garlic is actually already well-established to have therapeutic properties in calcification disorders of the cardiovascular system, and has been found to have the following extremely therapeutic actions:

Other heart-friendly features of garlic include