Research: Some Cancer Diagnoses Kill Quicker Than the Cancer 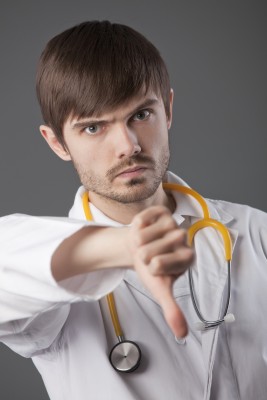 A groundbreaking NEJM study reveals that you have up to a 26.9 fold increased risk of heart-related death within one week following a cancer diagnosis (regardless of its accuracy), indicating the power of one's beliefs is immense.

A cancer diagnosis may be the most traumatic thing that can befall a patient within the contemporary medical system; that is, beyond the conventional cancer treatments themselves, many of which have life-threatening and even lethal side effects.

New research now indicates that a cancer diagnosis may be as fatal as the cancer itself, dramatically increasing the risk of suicide and heart-related death in the week following diagnosis.

Published in the New England Journal of Medicine this month, researchers looked at data on more than 6 million Swedes aged 30 and older between 1991-2006 using the country's health registries in order to determine how the psychological toll of cancer diagnosis impacts the risk for death.  After analyzing over 500,000 people who were diagnosed with cancer during that period, the risk of suicide was found to be up to 16 times higher and the risk of heart-related death 26.9 times higher during the first week following diagnosis versus those who were cancer free.

Sometimes called the nocebo effect (In contradistinction to the placebo effect), a doctor's negative attitudes and beliefs surrounding a diagnosis may infect the patient with despair and hopelessness, two psychospiritual states at the very root of dis-ease.  A more ancient example of this is known as "bone-pointing," which involved a shaman pointing a bone at someone whose death was said to be imminent from supernatural causes, resulting in that person dying through the power of suggestion (i.e. emotionally-induced trauma).

Why Is Cancer So Feared?

Cancer is the Big "C," one of the scariest words you will ever hear. But why? Is it really so incurable to be both loathed and feared at the same?

What if cancer were not some predetermined gene time bomb going off in your body, some fatalistic disease vector that by sheer bad or good luck touches down on this person, but not that person.

Is this the way things really are? Is that how we want to live? Mathematical epidemiology (calculating disease risk) requires too much formal training to make much sense to the individual trying to make healthy choices. Were we to listen exclusively to the experts, and act on their advice alone, we would be putting the responsibility for our lives in the hands of others, which is another form of fatalism -- the opposite of free will.

The truth is that cancer is profoundly misunderstood, making it almost impossible to treat effectively by conventional means. The entire field of natural medicine exists to show people an alternative to using toxic chemicals and radiation in the treatment of diseases which often result from poisoning with toxic chemicals and radiation.  There is hope for those who have been diagnosed with cancer, though it will probably not come from the conventional medical establishment -- at least not anytime soon.