Views 1602
Posted on:
Thursday, March 21st 2019 at 11:00 am
Written By:
Linda Woolven & Ted Snider
This article is copyrighted by GreenMedInfo LLC, 2019
Visit our Re-post guidelines 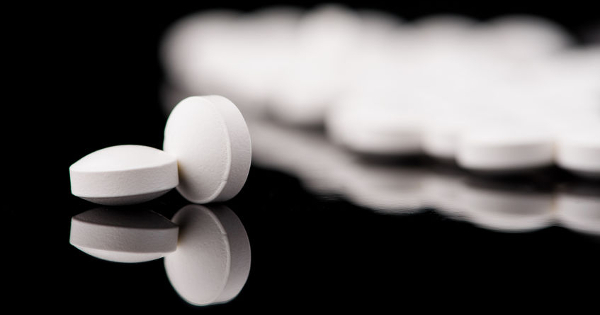 As we recently reported on, the 2019 Guidelines on the Primary Prevention of Cardiovascular Disease issued by the American College of Cardiology and the American Heart Association contains recommendations on aspirin that may shock people who have followed routine medical advice for decades.

Their "Top 10 Take-Home Messages" includes the recommendation that "Aspirin should be used infrequently in the routine primary prevention of [atherosclerotic cardiovascular disease] ASCVD because of lack of net benefit." This recommendation reverses decades of medical advice in North America and brings it into alignment with European medical advice. The change in official recommendations reflects "more recently conducted primary-prevention trials that . . . have shown less overall benefit of prophylactic aspirin."

The new guidelines state that low-dose aspirin (75-100mg a day) should not be recommended on a routine basis for the prevention of ASCVD for adults under 70, though it still allows that it might be considered for prevention of ASCVD for select adults who are between 40 and 70 who have not had a previous heart attack and are at higher risk of ASCVD but not increased risk of bleeding. For people of any age who are at increased risk of bleeding, the guideline is to avoid low-dose aspirin. The new guidelines still allow aspirin for people who have previously suffered from ASCVD.

Even in the context of people at higher risk of ASCVD, the guidelines now caution that the "benefits of aspirin . . . have been less evident in more recent trials" and that "the gap of relative benefit to relative harm for aspirin has narrowed." For these reasons, the new guideline lowers the confidence of the recommendation to take aspirin for the prevention of ASCVD even in people at higher risk. The guidelines say that "recent clinical trials also teach us that low-dose prophylactic aspirin may be best justified among persons at high ASCVD risk who cannot achieve optimal control of other ASCVD risk factors."

Because for people over 70 the use of aspirin for primary prevention is "potentially harmful" and because the risk of bleeding is higher in this age group, the guidelines admit that it is "difficult to justify for routine use" for people over 70. It also recommends against preventative aspirin in people under 40.

For people who are not at increased risk of ASCVD, the new guidelines say there is no justification for using low-dose aspirin preventatively.

As the guideline says, the reversal in recommendations reflects the more recent research. Though the FDA continues to endorse aspirin for people who have already had a heart attack or stroke, it also now refuses to endorse low-dose aspirin for prevention in people who have never had one. The FDA concluded that there is evidence of "dangerous bleeding into the brain or stomach," but no evidence of prevention of heart disease even for people at high risk due to family history.

Two reviews of all the existing data have also concluded that there is no clinical support for the use of low-dose aspirin for the prevention of heart attack or stroke. The first reviewed 9 studies that included over 100,000 people. It wanted to see if low-dose aspirin could help prevent heart attacks in people who had not had a prior heart attack. It found no benefit, but significant risk (Eur Heart J 2013;34:3403-3411). The second concluded that "There is no reliable evidence that aspirin used in the current fashionable doses of 50–100 mg/day is of any benefit in any common clinical setting." According to this study, "any common clinical setting" incudes even people "with known cardiovascular disease" (Eur Heart J 2013;34:3412-8).

Even a study of 14,464 people with multiple risk factors for atherosclerosis, including high blood pressure, cholesterol problems or diabetes, had to be cut short because, though 100mg a day of aspirin did significantly increase the risk of side effects, it did not reduce the risk of cardiovascular events (JAMA 2014;312:2510-20).

A study of people who were at increased risk because they were diabetic found that the ability of aspirin to prevent serious vascular events (8.5% in the aspirin group versus 9.6% in the placebo group) was offset by the greater occurrence of gastrointestinal and extracranial bleeding (3.2% on placebo versus 4.1% on aspirin) (N Engl J Med 2018;379:1529-1539).

A double-blind study looked at the use of low-dose aspirin for primary prevention in a group 12,546 people at average, or moderate, risk of cardiovascular disease. Men in the study were 55 or older and women were 60 or over. There was no significant difference between 100mg of aspirin and placebo for first occurrence of cardiovascular death, heart attack, unstable angina, stroke or transient ischemic attack. Even though people at high risk of bleeding were excluded from this study, the rate of gastrointestinal bleeding was significantly higher in the aspirin group (Lancet 2018;392:1036-46).

A new study published in The New England Journal of Medicine looked at whether low-dose aspirin could extend disability-free life in healthy people over the age of 70. In this study, disability-free meant that they didn't die or develop dementia or a persistent physical disability. The study followed 19,114 people for 4.7 years. The study was designed as a 5 year study but was stopped early when it became clear that there was no benefit to taking the aspirin. There was no significant difference between the two groups with the placebo group suffering 21.2 events per 1000 person-years compared to a slightly worse 21.5 per 1000 person-years in the aspirin group. There were 12.7 deaths per 1000 person-years from any cause in the aspirin group and a slightly better 11.1 in the placebo group. However, the rate of major hemorrhage at 3.8% was significantly higher in the aspirin group than the 2.8% experienced by the placebo group (N Engl J Med 2018;379:1499-1508).

This just published series of studies adds to the evidence that low-dose aspirin offers no benefit but increased risk when used for the primary prevention of cardiovascular disease. The evidence for non-aspirin NSAIDs is no better.

For additional research on the adverse effects of aspirin, visit the GreenMedInfo database on the subject. 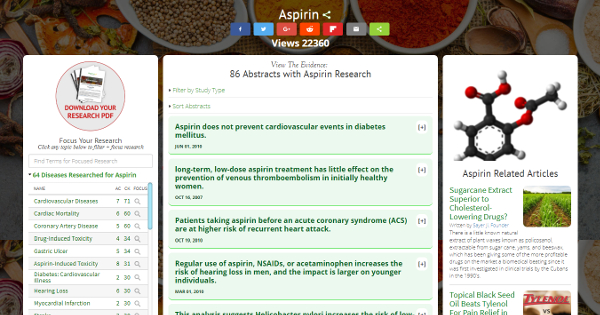