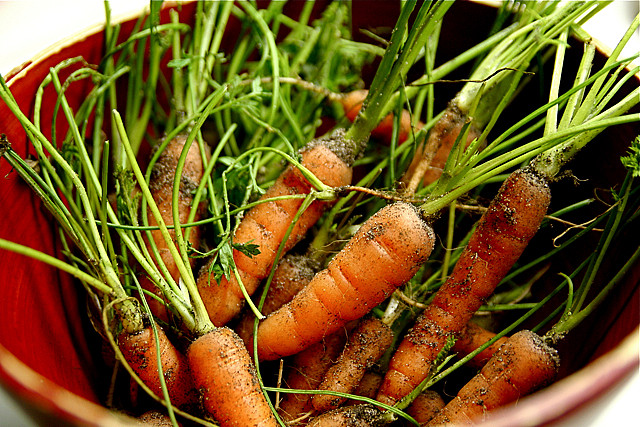 As with life, words have plain meanings.  That is, we all generally expect the basic meaning of a word to be what we know it to be through our experience and education.  A "cat" does not mean a "dog." Instead, they are what we expect them to be just as water is water and blue means blue. Without such commonly accepted meanings, we would be lost at sea, unable to communicate with one another and transmit information.  Hence, shared definitions exist that typically transcend time and even cultures.

Yet words can also deceive us, especially if the plain meaning that we expect to be there is not there. More than 200 years ago, the French moralist Joseph Joubert observed that "words, like eyeglasses, blur everything that they do not make clearer."  That is exactly what is happening with the word "organic" as its meaning is changed by those authorities we would think would be the most diligent in safeguarding it.

To most of us, "organic" food has a plain meaning.  It means food that our grandparents or great-grandparents ate when they were young: natural and free of pesticides and other toxins and contaminants, and certainly not genetically modified! But, today, organic has been given a regulatory definition.

The original regulatory definition in the United States arose from "The Organic Foods Production Act," part of the 1990 Farm Bill.  Among other things, this Act sought to create uniform national standards and certification for the production and distribution of "organic" foods through a USDA National Organic Program (NOP). Producers meeting NOP's organic standards (read, definition) are legally permitted to label their products as "USDA Certified Organic."

The USDA National Organic Program defines Organic production as, "A production system that is managed in accordance with the Act and regulations in this part to respond to site-specific conditions by integrating cultural, biological, and mechanical practices that foster cycling of resources, promote ecological balance, and conserve biodiversity."/[1]

That's concise, but not too useful as a working definition. So, the USDA's Consumer Brochure attempts to fill the definitional gap when it elaborates by saying:

"What is organic food? Organic food is produced by farmers who emphasize the use of renewable resources and the conservation of soil and water to enhance environmental quality for future generations.  Organic meat, poultry, eggs, and dairy products come from animals that are given no antibiotics or growth hormones.  Organic food is produced without using most conventional pesticides; fertilizers made with synthetic ingredients or sewage sludge; bioengineering; or ionizing radiation.  Before a product can be labeled 'organic,' a Government-approved certifier inspects the farm where the food is grown to make sure the farmer is following all the rules necessary to meet USDA organic standards.  Companies that handle or process organic food before it gets to your local supermarket or restaurant must be certified, too."/[2] (Note for the moment, the exceptions built into the definition.)

In the European Union, organic is defined more stringently – but no more clearly – through its 2007 legislation, which states in pertinent part, "'organic production' means the use of the production method compliant with the rules established in this Regulation, at all stages of production, preparation and distribution" ... "'organic' means coming from or related to organic production." (emphasis added)/[3]

Other jurisdictions establish similar wiggle-room, where organic does not mean 100% organic.  In the United States, this wiggle-room was expanded in 2008 when the U.S. Department of Agriculture changed the definition to mean that organic products must have at least 95% organically produced ingredients, but that five percent could be non-organic (including factory-farmed intestines, mercury, and other contaminants)./[4] So, unless the product is declared "100% Organic" on its label, it is not really completely organic at all.

And This Has What Exactly To Do With Codex?

As our readers know by now, the Codex Alimentarius Commission concerns itself with setting international food standards and guidelines.  One of its committees, the Codex Committee on Food Labelling, is responsible for the labeling of organic foods. So, at its most recent meeting, its 42nd, in Rome, Italy, the week of October 20, 2014, the Committee continued its review of the definitional standards for organic aquaculture (seafood).

The Canadian Chairman, Paul Mayers, opened the meeting and quickly dispensed with some relatively minor, non-contentious agenda items.  However, when it came to the agenda item on revising the Guidelines for the Production, Processing, Labeling and Marketing of Organic Foods, the discussion quickly bogged down and became contentious.

India was the first to speak up, with its Dr. Gouri arguing strongly for the deletion of the exculpatory language in the Organic Guidelines' Foreword ("Organic agriculture practices cannot ensure that products are completely free of residues due to general environmental pollution."). The National Health Federation (NHF) was the only other delegation to argue in support of India's position; and the Chairman, in the first in a long series of incorrect decisions, told India and NHF that they missed the point, that Codex is "adjusting to industry practices," and that the language will stay in. In fact, it was the Chairman who had missed the point.

Other language to the effect that aquaculture "production practices should aim to keep the impact on the environment low and consideration should be given to monitoring to ensure that this aim is achieved" was also on the chopping block.  Strong opposition by the European Union, Norway, and India, however, did not stop the Chairman from once again deleting protective wording from the Organic Guidelines.

Aquaculture production practices aimed at minimizing fertilizer dispersal from closed, farmed fish and shellfish operations into open waters were next debated, with the European Union, Italy, and the National Health Federation arguing for retaining wording that such dispersal must be restricted.  In this instance, even though the Chairman argued for its dilution, he found a lack of consensus amongst the delegates and therefore the protective language was retained for debate at the next committee meeting.

With discussion then turning to the production methods for husbandry and breeding, the United States adamantly stated its position, "We strongly support organic feed for organic animals." Argentina supported the U.S. by also arguing that "natural feeds" should not be allowed as feed for organic animals since the wording was too vague.  The NHF stated its support for the Argentinean and American position, arguing further that the term "natural" is not sufficiently clear, would allow watered-down organic standards, and that in any event, by law, in the United States at least, natural does not equate with organic. The Canadians, on the other hand, were all for wording that "where organic feed is not available, then natural feed could be used."  Despite the strong opposition, the Chairman of course went with the Canadian position and once again organic standards were further weakened.

The debate went on with Australia arguing that hormonal treatment should be allowed in certain instances ("brooding stock") for "organic" animals. Both South Africa and the NHF promptly spoke up to oppose hormonal use in organic animals, later supported by the Argentine delegate who proposed that the wording say instead that "Hormonal treatment must not be used for production or growth." The Chairman accepted this wording even though I argued once again that by limiting the prohibition to "production or growth" Codex would be implicitly allowing its use in all other circumstances, which was exactly what Australia wanted.  The Chairman replied that this could still be discussed at the next session, to which I replied that it would not be unless brackets were put around the language to signal to the delegates that the limitation on the hormone-use prohibition was still up for review. The brackets were left off.  Thank you Mr. Chairman.

The meeting marched on in the general direction of its murky definition and concept of organic.  Mr. Mayers, serving as chairman of the Committee for the last time and under the umbrella of the excuse that all of this wording was in an early stage of discussion, seemed to stumble along from one bad decision to another, mostly finding that – as he so sadly put it – "Codex is adjusting to industry practices." When the dust finally settled and the meeting thudded to an end, the Committee had failed to consider three entire agenda items!

Whether at Codex or in one's own country, the food regulators and marketers know how to play word games. Keep calling the product "Organic" but redefine it into something non-organic.  Still allow mistreatment of animals, overcrowding, pollution of them and the environment with poisons and toxins, and the use of non-organic and synthetic feeds because consumers will naturally be fooled by the "Organic" label into thinking that their foods and drinks are safer than and superior to the non-organic slop palmed off on the masses.

What happened in Rome was a continuation of the horror that has pervaded our existence for far too long, where word meanings are twisted into their opposites, where they lose their plain meanings and people can no longer trust even the most basic words to mean what we think they say. If the Rome Codex meeting is any indication, the definition of organic will continue to be eroded worldwide and it will not be a holiday to get its plain meaning back.

[3] Council Regulation (EC) No. 834/2007) sets out the principles, aims, and overarching rules of organic production and defines how organic products are to be labeled. See https://eur-lex.europa.eu/LexUriServ/LexUriServ.do?uri=OJ:L:2007:189:0001:0023:EN:PDF (especially Article 2, Definitions).

Scott Tips, JD is a California-licensed attorney, legal columnist and president and general counsel for the National Health Federation. He specializes in food-and-drug law and trademark law, but also engages in business litigation, general business law, and nonprofit organizations, with an international clientele.