Views 929
Posted on:
Saturday, March 30th 2019 at 2:30 pm
Posted By:
Amy Lucky
This article is copyrighted by GreenMedInfo LLC, 2019
Visit our Re-post guidelines 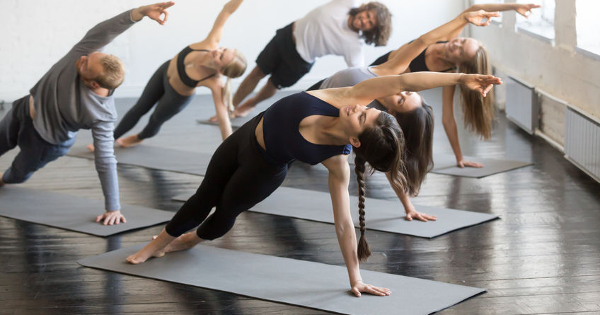 You may have heard of the lymphatic system, which is the network of vessels that removes wastes and toxins from the other organs of the body. Glymphatic is the word lymphatic combined with the word glia, which are the cells in the brain that had an unknown function until recently.

Glia are non-neuronal cells of the brain and nervous system. They do not transmit signals via an electrical event - called action potential - but function rather like connective tissue in the brain.

Wait, huh? I mean it's true but the above knowledge is not going to inform your yoga classes.

How can some knowledge of the glymphatic system help you teach a yoga class?

Because yoga students are catching on that they are just a profitable number in a room where a teacher is presenting a class of movements and canned spirituality. More and more, students are looking for the why. Why yoga? You can give them the why. This is to help you understand the science to present in the context of a class, and because you care enough to do a bit of research right here, rather than regurgitate some 200-hour training packaged knowledge; your students are going to see that you care about them. As a teacher, you deserve to know the information that will give you passion, will give you a why, and validate your love for teaching.

It is now known that yoga can enhance the lymphatic drainage from the brain (Whedon, 2009). When we do yoga asana, two of the main directions that we more the spine is in flexion (forward-folding), and extension (back-bending).

In a yoga class, there is not much time to speak all of this to students. So how can you deliver this information in a class? I suggest this way:

Note the importance of citation to an actual study. It removes the perception that you are making this information up, and demonstrates that you do actual research. Most of all, you are crediting the researchers and authors of the work. That's some good, good karma.

Maintaining the integrity of the yoga practice is up to us, the teachers who know and can deliver the value of the benefits. We are scholars and teachers, researchers and healers. This is the work that honors you.

For more on the amazing health benefits of yoga, visit the GreenMedInfo database on the subject.