Views 21884
Posted on:
Tuesday, September 23rd 2014 at 10:15 am
Written By:
Rohan Jasani
This article is copyrighted by GreenMedInfo LLC, 2014
Visit our Re-post guidelines 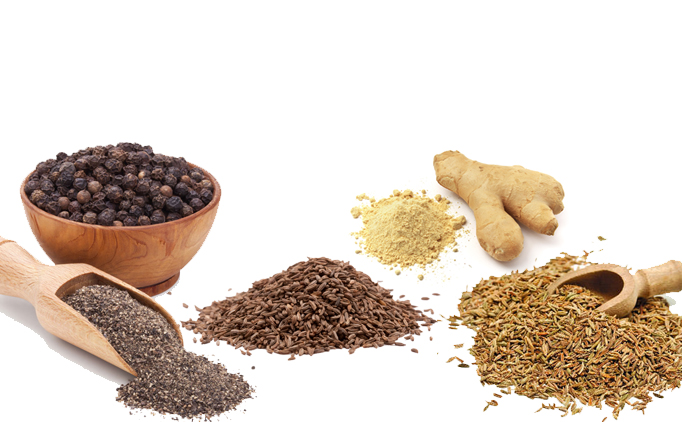 Just because you consume a particular food or drink, doesn't mean all the nutrients make their way into the body, to the locations where they end up being used or stored. Sometimes they just pass right out of your gastrointestinal tract without being absorbed and other times they are broken-down immediately by the liver and excreted by the kidneys.

Nutrients have to make it through a variety of obstacles, starting from the moment they enter your mouth to the moment they are used or stored. The bioavailability of a particular nutrient refers to the ability of the nutrient to pass through some or all of these obstacles, so that they are absorbed into your body and become available for use or storage [1].

Why Bioavailability Is So Important!

There are many factors that can increase or decrease the bioavailability of nutrients, many of which are associated with aspects of modern living and society.

Rushed meals, consumption of processed foods and other dietary habits can contribute to inflammation & damage to the gastrointestinal wall to varying degrees, impairing adequate absorption of nutrients. In more severe cases, gastrointestinal conditions such as Celiacs Disease, Inflammatory Bowel Disease and Crohn's, have a strong inflammatory component resulting in significant reductions in the bioavailability of nutrients.

Chronic stress can increase gut motility, causing loose stools. In more severe cases, such as certain types of Irritable Bowel Syndrome, this can result in regular episodes of diarrhea. When food passes through the gastrointestinal tract too fast, adequate absorption cannot occur fast enough, resulting in a portion of the nutrients getting eliminated out of the body.

Many of the foods that we do consume consist of plants that have been grown on depleted soils or using agricultural practices that result in reduced nutrient content. So our foods can be deficient from the outset, making it more important for our bodies to extract out as many nutrients as possible from our foods.

Other factors that affect bioavailability include impaired digestive enzyme secretion throughout the gastrointestinal tract, the consumption of improper combinations of food and many others.

Herbal Bioenhancement Is The Key

The modern term, "herbal bioenhancer", refers to herbs that enhance the bioavailability of other substances that they are administered with. They are typically added in small amounts and don't exert any noticeable therapeutic effects themselves.

The concept of an herbal bioenhancer has been used by all the herbal traditions of the world for centuries. Among western herbal medicine practitioners, the term "activator" or "catalyst" is used to describe the bio-availability enhancing role these herbs play, while in traditional Chinese medicine, the term "harmonizer" is used to describe this action. Furthermore, these same herbs are used in a similar capacity in various culinary traditions for the exact some reasons.

Herbal bioenhancers have been shown to enhance absorption across the gastrointestinal (GIT) tract via various mechanisms such as increasing blood supply to the GIT and stimulating enzymes & membrane transporters that facilitate nutrient absorption [2] [4]. Additionally, they been shown to help reduce the activity of liver enzymes that would normally breakdown and filter out these nutrients [2] [3] [4].

Here are a few common herbs have been shown to boost the bioavailability of various types of nutrients, such as vitamins, minerals, amino acids, anti-oxidants and phytonutrients [2]:

Piperine, a single phytochemical constituent extracted from Black Pepper (Piper nigrum), was found to enhance bioavailability of a variety of nutrients [2] [3]:

An extract of Ginger (Zingiber officinale) was found to enhance bioavailability of a variety of nutrients and in many cases, when Piperine was added, the percentage of bioenhancement increased further [2].

An extract of Cumin (Cuminum cyminum) was found to enhance bioavailability of a variety of nutrients and in many cases, when Piperine was added, the percentage of bioenhancement increased further [2].

An extract of Caraway (Carum carvi) was found to enhance bioavailability of a variety of nutrients and in many cases, when Piperine or Ginger was added, the percentage of bioenhancement increased further [2].

Many of the herbal bioenhancer research studies, which weren't included here, showed how various isolated constituents from different herbs enhanced the bioavailability of pharmaceutical drugs.  The mechanisms underlying this bioavailability enhancement, could potentially apply to nutrients as well, however, further research is needed.

The studies cited above only tested for a small set of specific nutrients using only a single constituent from an herb as the bioenhancing agent. Additionally, there are many other known nutrients that were not tested and many other constituents within an herb, as well as the synergistic combination of constituents of an herb, that can potentially be exerting bioavailability enhancing effects.  So, the potential for greater bioavailability enhancement by a variety of different herbs absolutely exists, however, further research is required to show this scientifically.

In the meantime, there is no reason why these herbs shouldn't be used, as they have traditionally been used in this way for centuries, they are safe and very affordable. In fact, these herbs are some of the most commonly used in the world's culinary & medicinal traditions. I wonder why!  Go out and integrate these herbs into your daily life, into your meals, your herbal medicines and use science & tradition as your guide to do so.

Rohan Jasani is on a mission to help people rediscover the natural healing power of plants as food & medicine used to achieve optimal health & wellness. Rohan has a background in engineering and the arts, is now a practicing clinical herbalist with an M.S. in Therapeutic Herbalism from the Maryland University of Integrative Health (MUIH) and can be reached at: www.rohanjasani.com.

Rohan Jasani is on a mission to help people rediscover the natural healing power of plants as food & medicine used to support greater health & wellness. He is an engineer & artist turned clinical herbalist with an M.S. in Therapeutic Herbalism from the Maryland University of Integrative Health (MUIH) and can be reached at: www.rohanjasani.com.