In Science We Trust

Views 9139
Posted on:
Monday, July 8th 2019 at 7:00 am
Posted By:
Charles Eisenstein
This article is copyrighted by GreenMedInfo LLC, 2019
Visit our Re-post guidelines 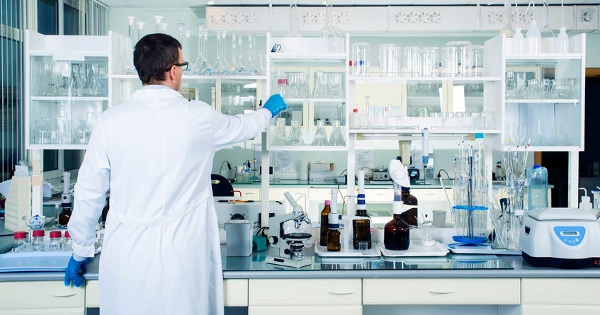 A modified excerpt from the book 'Climate - A New Story'

Except among the religious fringe, science is a primary locus of authority in our society: for at least a century to be "scientific" has been among the highest sources of legitimacy in business, government, medicine, and many other fields. Even those who consciously reject some of science's teachings aspire to it. As our culture sees science as its foremost means to discover truth, to reject what science says seems the epitome of irrationality, tantamount to a willful denial of truth itself. Science provides our culture's main map of reality.

To modern society, science is more than a system of knowledge production or a method of inquiry. So deeply embedded it is in our understanding of what is real and how the world works, that we might call it the religion of our civilization.

The reader might protest, "Science is not a religion. It is the opposite of a religion, because it doesn't ask us to take anything on faith. The Scientific Method provides a way to sift fact from falsehood, truth from superstition."

In fact, the Scientific Method, like most religious formulae for the attainment of truth, rests on a priori metaphysical assumptions that we must indeed accept on faith. First among them is objectivity, which assumes among other things that the formulation and testing of hypotheses don't alter the reality in which the experiments take place. This is a huge assumption that is by no means accepted as obvious by other systems of thought. Other metaphysical assumptions include:

Philosophers of science might reasonably dispute some of these precepts, which are crumbling under the onslaught of quantum mechanics and complexity theory, but they still inform the culture and mindset of science. Starting from this implicit metaphysics, consider these other ways that science resembles religion. Science has:

The point here is not to dismiss science on the grounds that it is, after all, nothing but a religion. To do so would be to commit a subtle error: adopting science's own conception of religion as a term of critique. If, however, we reject the implicit devaluing of religion that comes from contradistinguishing it from science-as-the-royal-road-to-truth, then to name science as a religion is no longer to disparage it. Instead it opens up new questions. We might ask "What are the limitations of the kinds of technology that are available from within this worldview?" and "What other religions--systems of metaphysics, perception, and technology--might be born of the current crisis and needed to address it?" We also might inquire as to what science might become if we abandon some of its metaphysical assumptions. What does it become when we recognize that observer and observed are inextricably entwined? When we recognize the consciousness and agency of all matter? When we cease privileging quantitative over qualitative reasoning?

Science is not alone among religions in having a shroud of dogma and institutional dysfunction around a core spiritual truth. The spiritual essence of the religion of science is the opposite of its institutional arrogance: the Scientific Method embodies a deep and beautiful humility. It says, "I do not know, so I shall ask." When science is healthy, that humility takes form as critical thinking, patient empirical observation, hypothesis testing, and perhaps most importantly, communities of knowledge seekers who criticize, refine, and build upon each other's work. The true scientist is always open to being wrong, even at the cost of funding, prestige, and self-image.

Held by a culture of practice, these qualities of humility and experience over time are what make a path of knowledge into a science. My call here is therefore not to discard science but to expand it, to include what it has ignored.

What has it ignored, and why? It is not merely that corporate interests have taken over science and steered it toward applications that serve themselves, ignoring, for example, unpatentable, natural therapies in favor of high-tech, pharmaceutical ones. The causes of the growing health crisis in modern society are inseparable from the key doctrines of science. Though it is evolving, science as we have known it (and still to a great degree) has trained us …

The misapplication of science is therefore only one level of the problem facing medicine today. The above habits bear limitations that render medicine insufficient to the task at hand. Even if scientific journals were not so captive to the pharmaceutical companies, even if academic research weren't so dependent on corporate funding, even if regulatory agencies weren't so entwined with industry; still, the quasi-religious dogma of science would exclude approaches to healing essential to resolving the current crisis. Yes, more scrupulous science is part of the necessary revolution in health care, but it is only a beginning.

The intractable health crises today, such as autoimmunity, allergies, depression, anxiety, cancer, and chronic sensitivity to chemicals, EMFs and so on pose an initiatory moment for our society. Ultimately they will initiate us into a different way of seeing, being, and relating. They will initiate us into a new unfolding of the religion of science. A religion, after all, is not a disembodied intellectual construct, it is the weaving of our souls the collective soul we call culture.

It may seem like a strategic error to voice such sentiments on a website that has been maligned for deviating from orthodox scientific opinion. Wouldn't it be wiser to outdo the critics in our scientific evangelism and seek to establish that we, not they, are the genuine messengers of true science? Well, perhaps not. It is fine to wield our scientific knowledge, as long as we acknowledge its narrowness. Otherwise, by invoking science, we risk inviting a buy-in to the very same systems of intellectual authority that have long presided over and defended our medical system. We occupy the uncomfortable position of championing and fighting the establishment at the same time: fighting its institutions while appealing to their legitimacy.

Ecofeminists and deep ecologists have critiqued science for its propensity to abstract, isolate, and distance the observer from the beingness of the observed; to render the world into an object. Isn't the motivating spirit of holistic health a reunion with nature, a reunion with the body, a reunion with the innate intelligence of all things? Francis Bacon conceived the experimental method as an interrogation of nature, even a rape of nature, forcibly penetrating to her deepest mysteries. How might it change if we conceive it as a conversation, not an interrogation; a lovemaking and not a rape? What if we saw science not as a means to force nature into our categories, but as a way to expand the reach of our senses in order to better behold the beloved?

Second is to apply humility to science's deeper metaphysical assumptions. Here too, the realization of "we don't know after all" is dawning. The call is not to abandon science, but to embrace its metamorphosis. It is to explore, "What might science become when we recognize the intimate relationship between observer and observed? The connection between mind and matter? The organic intelligence of all things? The limits of quantitative reasoning? The impossibility of truly abstracting phenomena and isolating variables when all things are interconnected?" As we open such questions, we will see possibilities that were firmly lodged in the territory of the impossible. Our understand of health, of nature, of ourselves, and of the world will change forever. That is the quaking you can hear beneath everything called "alternative" today.

Author and speaker Charles Eisenstein has written for many years on a wide array of topics. You can find a comprehensive list of recent essays on his website. Additionally, there are many essays on the Ascent of Humanity website.  You can also find more writing by Charles on his blog.