The Seeds Of Suicide: How Monsanto Destroys Farming (and the Lives of Farmers) 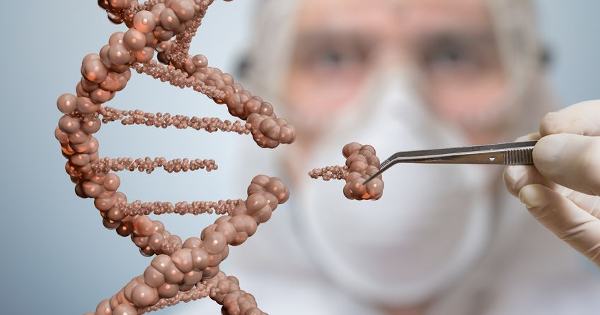 Originally published on Wake Up World

“Monsanto is an agricultural company. … We apply innovation and technology to help farmers around the world produce more while conserving more. … Producing more, Conserving more, Improving farmers lives.” — These are the promises Monsanto India’s website makes, alongside pictures of smiling, prosperous farmers from the state of Maharashtra. This is a desperate attempt by Monsanto and its PR machinery to delink the epidemic of farmers’ suicides in India arising from the company’s growing control over cotton seed supply — 95 per cent of India’s cotton seed is now controlled by Monsanto.

Seed is the first link in the food chain because seed is the source of life. When a corporation controls seed, it controls life, especially the life of farmers.

Monsanto’s concentrated control over the seed sector in India as well as across the world is very worrying. This is what connects farmers’ suicides in India to Monsanto vs. Percy Schmeiser in Canada, to Monsanto vs. Bowman in the US, and to farmers in Brazil suing Monsanto for $2.2 billion for unfair collection of royalty.

Through patents on seed, Monsanto has become the “Life Lord” of our planet, collecting rents for life’s renewal from farmers, the original breeders.

Patents on seed are illegitimate because putting a toxic gene into a plant cell is not “creating” or “inventing” a plant. These are seeds of deception — the deception that Monsanto is the creator of seeds and life; the deception that while Monsanto sues farmers and traps them in debt, it pretends to be working for farmers’ welfare, and the deception that GMOs feed the world. GMOs are failing to control pests and weeds, and have instead led to the emergence of superpests and superweeds.

The entry of Monsanto in the Indian seed sector was made possible with a 1988 Seed Policy imposed by the World Bank, requiring the Government of India to deregulate the seed sector. Five things changed with Monsanto’s entry: First, Indian companies were locked into joint-ventures and licensing arrangements, and concentration over the seed sector increased. Second, seed which had been the farmers’ common resource became the “intellectual property” of Monsanto, for which it started collecting royalties, thus raising the costs of seed. Third, open pollinated cotton seeds were displaced by hybrids, including GMO hybrids. A renewable resource became a non-renewable, patented commodity. Fourth, cotton which had earlier been grown as a mixture with food crops now had to be grown as a monoculture, with higher vulnerability to pests, disease, drought and crop failure. Fifth, Monsanto started to subvert India’s regulatory processes and, in fact, started to use public resources to push its non-renewable hybrids and GMOs through so-called public-private partnerships (PPP).

In 1995, Monsanto introduced its Bt technology in India through a joint-venture with the Indian company Mahyco. In 1997-98, Monsanto started open field trials of its GMO Bt cotton illegally and announced that it would be selling the seeds commercially the following year. India has rules for regulating GMOs since 1989, under the Environment Protection Act. It is mandatory to get approval from the Genetic Engineering Approval Committee under the ministry of environment for GMO trials. The Research Foundation for Science, Technology and Ecology sued Monsanto in the Supreme Court of India and Monsanto could not start the commercial sales of its Bt cotton seeds until 2002.
And, after the damning report of India’s parliamentary committee on Bt crops in August 2012, the panel of technical experts appointed by the Supreme Court recommended a 10-year moratorium on field trials of all GM food and termination of all ongoing trials of transgenic crops.

But it had changed Indian agriculture already.

Monsanto’s seed monopolies, the destruction of alternatives, the collection of superprofits in the form of royalties, and the increasing vulnerability of monocultures has created a context for debt, suicides and agrarian distress which is driving the farmers’ suicide epidemic in India. This systemic control has been intensified with Bt cotton. That is why most suicides are in the cotton belt.

An internal advisory by the agricultural ministry of India in 2012 had this to say to the cotton-growing states in India:

Cotton farmers are in a deep crisis since shifting to Bt cotton. The spate of farmer suicides in 2011-12 has been particularly severe among Bt cotton farmers.

The highest acreage of Bt cotton is in Maharashtra and this is also where the highest farmer suicides are. Suicides increased after Bt cotton was introduced — Monsanto’s royalty extraction, and the high costs of seed and chemicals have created a debt trap. According to Government of India data, nearly 75 per cent rural debt is due to purchase inputs. As Monsanto’s profits grow, farmers’ debt grows. It is in this systemic sense that Monsanto’s seeds are seeds of suicide.

The ultimate seed of suicide is Monsanto’s patented technology to create sterile seeds. Called “terminator technology” by the media, sterile seed technology is a type of Gene Use Restriction Technology, GRUT, in which seed produced by a crop will not grow — crops will not produce viable offspring seeds or will produce viable seeds with specific genes switched off. The Convention on Biological Diversity has banned its use, otherwise Monsanto would be collecting even higher profits from seed.

Monsanto’s talk of “technology” tries to hide its real objectives of ownership and control over seed where genetic engineering is just a means to control seed and the food system through patents and intellectual property rights.

As part of the process, they portrayed the various concerns as merely the ignorant opinions of misinformed individuals – and derided them as not only unscientific, but anti-science. They then set to work to convince the public and government officials, through the dissemination of false information, that there was an overwhelming expert consensus, based on solid evidence, that GMOs were safe. — Jane Goodall, Altered Genes, Twisted Truth

A Monsanto representative admitted that they were “the patient’s diagnostician, and physician all in one” in writing the patents on life-forms, from micro-organisms to plants, in the TRIPS (Trade-Related Aspects of Intellectual Property Rights) agreement of the World Trade Organization (WTO). Stopping farmers from saving seeds and exercising their seed sovereignty was the main objective. Monsanto is now extending its patents to conventionally bred seed, as in the case of broccoli and capsicum, or the low gluten wheat it had pirated from India — which we challenged as a biopiracy case in the European Patent office.

That is why we have started Fibres of Freedom in the heart of Monsanto’s Bt cotton/suicide belt in Vidharba. We have created community seed banks with indigenous seeds and helped farmers go organic. No GMO seeds, no debt, no suicides.

The beauty of seed is that out of one you can get millions. The beauty of the pollinator is that it turns that one into millions. And that’s an economy of abundance. That’s an economy of sharing. To me that’s the real economics of growth — because life is growing. The economics and technology of hybridization, of genetic modification, is a deliberate creation of scarcity.

Genetic engineering has never been about saving the world, it’s about controlling the world.

Why GMOs are a death knell to biodiversity and farming

Vandana Shiva, a world-renowned environmental thinker, activist, physicist, feminist, philosopher of science, writer and science policy advocate, is the Director of The Research Foundation for Science, Technology and Natural Resource Policy. She serves as an ecology advisor to several organizations including the Third World Network and the Asia Pacific People's Environment Network.