Should Some Foods be Treated as a Drug? 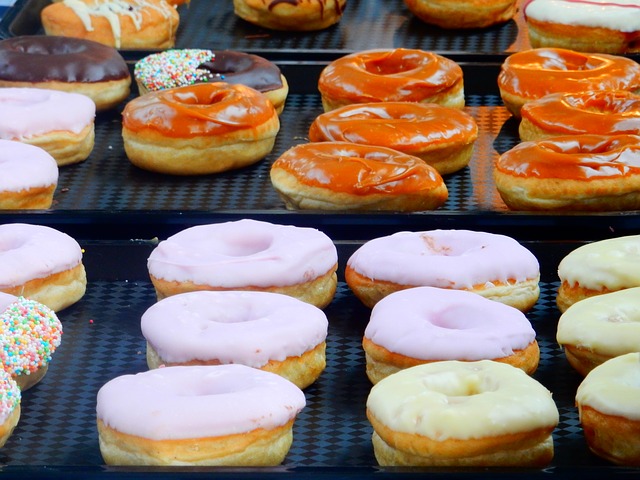 If you are one of those people who can't eat a normal sized portion of chips, cookies, ice cream, bread, or potatoes, then the short answer is a resounding "YES." These foods should be treated as a drug because you lose control of how much you eat

Why You Lose Control

There is evidence of strong similarities between drug addiction and food addiction.

In The Obesity Epidemic: The Role of Addiction, the authors tell us that highly palatable foods, usually sweet, salty, or high fat can be abused in the same way an addict abuses drugs. They also cite the below- listed similarities between conventional drugs and specific components in certain foods:

Shultz, Avena, and Gearhardt published two studies in 2015. The studies concluded that the high dose and rapid rate of absorption of highly processed food (combinations of sugar, salt, fat, and white flour) contain the same properties as cocaine and morphine.

Not all food meets the criteria of high dose and rapid rate of absorption and doesn't affect the body in the same way. If you're wondering why you can eat fruit, which has sugar and is not addictive, it's because a natural fruit is unprocessed and has other properties like protein, fiber, and water that slows the absorption of the sugar and reduces the addictive-like behavior. And, not all people are affected by highly palatable food. Some people can eat just one cookie or a normal sized portion of chips and be satisfied.

For those who think certain foods are not addictive and that people should just stop eating so much, take a look at the article Decoding Sugar Addiction. Kay Tye discovered how the brain encodes compulsive sugar seeking. Her study found that the sugar seeking behavior is different from normal eating behavior. This means that a different neural circuit is activated when we eat sugar versus healthy food.

The Sinister Reason You Can't Eat Just One

It's hard to believe that someone would deliberately manipulate food, which we need for survival, just to increase profits.

Pulitzer Prize winner, Michael Moss, exposed it. In his book, Salt, Sugar, Fat: How the Food Giants Hooked Us, Moss explained his exhaustive and eye-opening research on the largest and most profitable food companies, such as Kraft, Kellogg, Frito-Lay, and Nestle. He said scientists in these companies work in highly sophisticated labs using cutting edge technology to find what they call the "bliss point." This is the precise measurement of sugar, salt, fat, and white flour that makes the food or drink irresistible, or "craveable."

The artificial manipulation of food is done to hijack the brain's reward center, creating insatiable food cravings. This "food engineering" translates to obesity, illness, and slow death risk while providing huge profits for the corporations (usually in the billions).

If you think you're eating healthy when you choose yogurt or spaghetti sauce, think again. Moss says that Yoplait has twice as much sugar as Lucky Charms and ½ cup of Prego has the equivalent sugar as three Oreos.

Food companies would never admit that these innocent sounding terms are really coded words they created for scientifically altering food to the precise point that fuels addiction. This is why willpower and self-bargaining will never work, and why these so-called foods should be treated as a drug. Your brain has been deliberately hijacked. It is not done to make the food taste better, it is done to make you eat more and buy often.

Do Certain Foods Trigger A Drug-Like Response In You?

There are more indicators. You can take the free validated Yale Food Addiction Scale to find out for sure.

How To Stop Your Brain From Being Hijacked By The Food

If you've read this far, you probably already know whether or not these foods are a problem for you. If so, you have to use the same treatment that is used successfully for drug abusers. You must stop ingesting the substance. This is confirmed in the book Food Junkies: The Truth About Food Addiction.

Here's how to do it:

You probably know intuitively that something is seriously wrong when you can't stop eating even though you look unhealthy, feel awful and your health is slowly failing.

The truth is these highly processed products are unnatural; they have very little nutritional value, negatively modify brain function, and cause illness and disease. So why are we still calling it food? For some people, it is their drug of choice and should be treated as such.

For additional research into the negative health impacts that a High Sugar Diet has, visit the GreenMedInfo database on the subject. 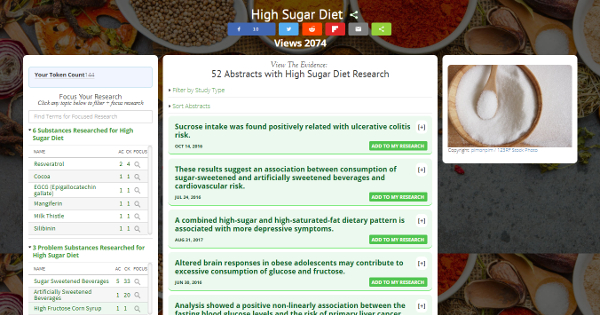 LaVera Forbes, PhD is a recovering food addict and an expert in Food Addiction Recovery.  Dr. Forbes has specialized training in Mind-Body Medicine, Herbal Remedies, Aromatherapy, Hypnosis, Biofeedback, Energy Medicine, and Food as Medicine.  She is a Health and Wellness Practitioner/Coach, Speaker, Trainer, and Writer.  Visit her website here