SIRVA: A Risk With Every Vaccine 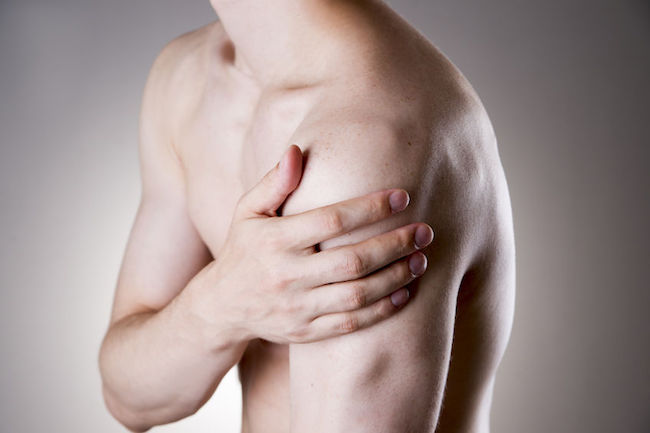 A Risk With Every Vaccine

SIRVA is the underreported, painful side effect of vaccinations that you've never heard of.  Learn about the symptoms and how you can avoid it.

Shoulder injury related to vaccine administration (SIRVA) occurs when a vaccine, any vaccine, is injected improperly, causing physical and functional damage to the affected arm and shoulder. The injury occurs when a vaccine is mistakenly injected into the shoulder joint or bursa, a fluid filled sac that keeps the shoulder lubricated and moving smoothly. Arm injections are aimed at the deltoid muscle, but in the case of SIRVA, are placed too high or too deep into the upper arm, setting up an inflammatory reaction that affects the local tendons, ligaments, nerves and/or bursa. The result is a cluster of symptoms that can include prolonged shoulder pain, limited range of motion, and weakness. The injury, which health professionals have tended to dismiss, is now recognized by the Vaccine Injury Compensation Program (VICP) and the number of claims have risen steadily.

SIRVA is underreported in the medical literature and many, if not most, health care providers have never heard of it. I am a physician who in the past, both received and administered vaccines, and I first learned of SIRVA when I read about it on a wellness blog. At that point, I had seen a number of doctors for shoulder and arm pain so incapacitating that it not only interfered with my daily routine, it also prevented me from falling and staying asleep. I am a strongly left-hand dominant, not the least bit ambidextrous, so this problem affected most aspects of my daily living. The blog told a story of a woman who had suffered a SIRVA injury, and I felt like I was reading my own story. A light went off and suddenly everything made sense. I realized I’d had a vaccine injury I’d never heard of, and apparently, neither had any of my doctors.

This is my history: In 2009, while in the driver’s seat of my car, stopped at a red light, I reached my right arm straight back to grab something, without turning my body. I heard a distinct ripping sound, which turned out to be my rotator cuff rupturing. Six years later, in 2015, the morning after I was given a pneumonia vaccine in my left arm, I had an uncanny experience: I awoke with the same pain I had with my previous rotator injury. I had pain at rest and pain with attempted movement of the arm. The problem was, in the case of my right arm, I knew exactly when and why it had happened. No matter how hard I wracked my brain, I couldn’t think of anything that had occurred that could be remotely responsible for my symptoms that morning. I immediately phoned my doctor and scheduled her first available appointment. My primary doctor and my orthopedist, who concluded I had a left rotator injury, never asked about my vaccination history, which I never thought to share.

These are the symptoms of SIRVA:

Sleep disturbance both at rest and movement is directly related to the degree of pain and the tendency to immobilize the arm to prevent the pain caused by movement. Treatment for SIRVA begins with pain medication, anti-inflammatory agents and physical therapy. Steroid shots are a second line therapy and surgery is a treatment of last resort. Treatment is generally prolonged, and is not effective in all cases.

To qualify as a SIRVA injury, there must be no history of shoulder problems prior to vaccination and the causative vaccine has to be subject to a federal excise tax and recommended by the CDC for adults as well as children. Adult-only vaccines such as shingles and Pneumovax-23 not covered by the vaccine compensation program, which leaves a malpractice action an option for compensation. In 2015, the Advisory Commission of Childhood Vaccines decided against recommending changing the law to allow adult-only vaccines to be heard in vaccine court. That same year, the government proposed adding SIRVA to the federally operated “Vaccine Injury Table,” a list of recognized vaccine complications that qualify for compensation through the vaccine court. As of 2016, the federally approved schedule for adult vaccination includes 61 doses of 12 vaccines, which are meant to follow the 69 doses of 16 vaccines recommended in childhood through the age of 18. Since 2011, over 100 SIRVA victims have been paid about $20 million dollars, with at least one, a nurse, over one million. More cases pending and more are likely as awareness rises.

I was given Pneumovax-23, so could not apply to the vaccine court for compensation even though my MRI shows tendinopathy, tendon tears and fraying, synovitis, soft tissue swelling and adhesive capsulitis. Almost two years later, I still have pain on movement, which my orthopedist concludes is not likely to go away. I read the package insert for the vaccine, and learned it’s unadjuvanted, so my inflammation was and is caused by my reaction to the actual pneumococcal protein and/or the 0.25% phenol used as a preservative. I also learned that approval for this vaccine was based on studies of male novice gold miners in South Africa, male and female nursing home residents in France, individuals who have sickle cell disease, absence of the spleen and other chronic conditions, and immunocompetent individuals 65 years or older. I don’t fit any of those categories, but I do qualify for inclusion in the “Post-Marketing Experience” reported as “decreased limb mobility.” 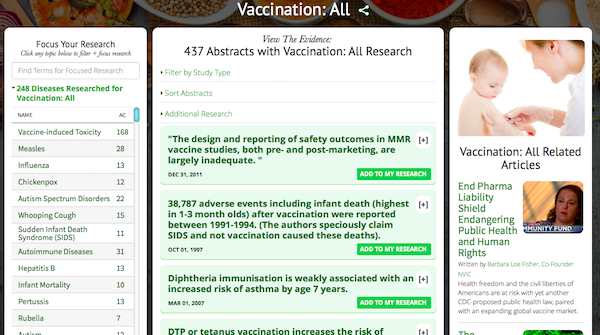 For more evidence-based research on the adverse effects of vaccination, visit the GreenMedInfo.com Research Dashboard.

Jennie Ann Freiman MD is a physician interested in how the synergies of evidence-based and modern peer-reviewed knowledge can offer a holistic approach to wellness.