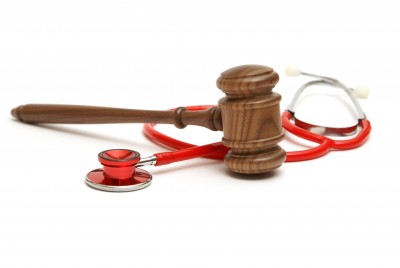 Every state legislator in the U.S. takes an oath to uphold their state and federal Constitutions. However, in the real world, those oaths can apparently be meaningless. Last year, I wrote about state laws that allow children to consent to vaccines and other medical treatments.[1] These laws clearly violate the U.S. Constitution, but legislatures are passing them anyway, promoting healthcare industry profits while thumbing their noses at parents' Constitutional rights. More than 33 years ago, the U.S. Supreme Court said: "Most children, even in adolescence, simply are not able to make sound judgments concerning many decisions, including their need for medical care or treatment. Parents can and must make those judgments."[2] Federal law is a higher legal authority than state law, so state legislatures are supposed to defer to the U.S. Supreme Court and the U.S. Constitution. But apparently, healthcare industry profits are a higher calling to most politicians.

Last year, I wrote a formal legal memorandum explaining how a North Carolina statute in particular, N.C. Gen. Stat. § 90-21.5, conflicts with four state and federal Constitutional provisions and four state and federal statutory provisions; and how this law's alleged purpose of providing medical care to abused children was severely misleading, since other state laws already address that concern by allowing social workers and doctors to make prompt medical decisions and provide immediate medical care to children in cases of emergency or abuse.[3] Here, the State of North Carolina has taken away all parents' rights to address needs created by a vast minority of abusive parents (which needs are effectively addressed by other state law). On this precise point, the U.S. Supreme Court has said: "The statist notion that governmental power should supersede parental authority in all cases because some parents abuse and neglect children is repugnant to American tradition."[4] But parental rights as set out by the Supreme Court and protected by the U.S. Constitution are apparently mere technicalities to be ignored by the North Carolina Legislature.

The North Carolina law is not merely bad law, it is very bad law, an egregious wrong and national embarrassment. The North Carolina legislature has usurped not only its own state statutory and Constitutional law, but also the higher legal authorities of federal statutory and Constitutional law. It has taken away the parental rights of all North Carolina parents on a false pretense, and in so doing, has enabled healthcare professionals to "lawfully" bypass parental medical decision-making so that they can do whatever they want with any child in the state at any time, so long as the child does not clearly object. (But in a dispute between a doctor and a child's parents about whether or not a child consented to medical treatment, who do you think authorities will believe--the doctor, or the parents who weren't present when the child consented?) Why? Those pesky parents--if they keep educating themselves and making sound medical decisions for their children, the mainstream healthcare industry will eventually be reduced to the awkward position of having to rely solely on morally and ethically earned profits, and that would be a profound loss of income compared to the status quo.

This is not mere sarcasm. Pharmaceutical companies incur billions of dollars in criminal and civil fines every year, at a rate that has been increasing steadily in recent years. GlaxoSmithKline got a billion dollar criminal fine last year. These companies keep repeating the same criminal behavior over and over again, and for two simple reasons: 1) No one goes to jail, and 2) There's an enormous net profit from committing these crimes, since the gross profits gained from the criminal behaviors far exceed the fines.[5]

I'm not one to complain and do nothing. I sat down face to face with my state senator, a senior citizen who has served the state honorably for many years. To my astonishment, she didn't disagree with my legal analysis at all, but instead calmly responded: "I can't help you. We have UNC Hospitals in our district." Whoa. What the heck does that mean?! What does a university hospital have to do with the Constitutional rights of all of North Carolina's parents? What about the Senator's oath to uphold both the state and federal Constitutions? What about the other state and federal statutory laws that this law violates?? When I again pushed these points, my senator politely referred me to another representative who "is into those Constitutional things..." And she never offered an explanation of what she meant by "I can't help you...UNC Hospitals."

Look. I'm not completely naive. I know that politics is a power game; that science, law, and truth often take a back seat. But this NC law is an example of the worst kind of politics: Those with greed- and power-driven motives employing deceit and guilt to manipulate gullible legislators into giving taxpayer money to already wealthy people by "legalizing" the unlawful abuse of parents--and by subjecting innocent children to a broad spectrum of medical treatments at any time, in any place, without their parents having the slightest idea what is going on. There are no pretty words for this. It's disgusting. And any legislator who fails to take immediate action to correct the problem after being informed is, with the humblest of respect, equally disgusting. The North Carolina legislature is dysfunctional, a tool run by the healthcare industry for its own selfish ends regardless of any casualties incurred by others along the way. The NC legislature was duped, and when confronted with that reality, my state senator folded. That's an example of shameless abuse of the system, a mockery of all citizens in the state. In North Carolina, you have no Constitutional rights other than those that healthcare industry dictators, with the support of their legislative lackeys, allow.

Folks, this is not an isolated instance--California passed an unconstitutional law last year allowing 12 year olds to consent to HPV vaccines, and New York has a similar bill pending. States often follow one another. Wake up folks--if we don't fix these problems now, it will only get worse--you'll wake up one day and realize that you have no authority over your children at all. Let's be perfectly clear here. These laws are not about kids' rights, they are about a healthcare industry bypassing parents and the law to gain direct access to vulnerable children that the industry can easily manipulate as it wishes at any time. What child would *not* agree with a doctor telling her she needs a vaccine or other medical treatment so that she won't get sick or die (and without mentioning that you can become permanently disabled or killed from the vaccine or medical treatment as well)? Such a threat wouldn't elicit true consent, of course, but these laws don't prohibit manipulation by a healthcare provider. Anything other than a clear, loud "No!" from a child would surely amount to "consent" by the child under such laws. And how many kids are likely to ever say that? What child can stand up to an adult healthcare "expert," even if they believe that the "expert" is wrong? These are laws that make child abuse by the medical profession completely legal, and not laws that provide any previously unavailable help to children in need as their supporters claim.

After failing with my state Senator, I contacted my state representative. To my great surprise, my representative actually tried to defend the law, to justify taking away the rights of all parents, to explain away eight state and federal Constitutional and statutory conflicts. Unbelievable. Folks, these politicians are not merely putting themselves above the law. The reality is, they *are* above the law, because technically, a law isn't unconstitutional unless and until a court says so. So, state legislatures can pass *any* law they want to at any time, Constitutional or not, if they have the votes; and we're stuck with those laws unless and until we either successfully challenge them in court or convince our legislators to fix their mistakes through more legislation. Therefore, anyone who controls the state legislators controls the policy and law for everyone. Clearly, in North Carolina and around the U.S., the pharmaceutical and healthcare industries control the state legislatures, at least where health policy matters are concerned, and they use that control to impose policy and law that boldly and shamelessly (but profitably) violate our rights. Folks, wake up - this is the reality, this is how things work in the real world.

We must take action. Concerned people in North Carolina, contact me! (contact info below). I've worked with vaccine legislative activists around the country as well, so contact me if you're not in NC, too! If we don't take prompt, decisive action to fix these problems, they'll only get worse. Rights have been rapidly diminishing or disappearing altogether, and there are no signs that this trend is doing anything other than continuing to accelerate.

In a subsequent email exchange with my state senator, I raised the issue again, and got the same response. In my reply email, I said that she needed to either resign her post as a Senator and become a lobbyist for UNC Hospitals, or abide by her oath to uphold the state and federal Constitutions and take prompt action to fix this law. **I never got an answer to that email.** Fortunately, I have since moved across the state and have other representatives; hopefully, they will be more receptive to the idea of carrying out their legislative duties with integrity, of using their position to help rather than abuse their constituents. But the state legislators representing citizens in Chapel Hill, NC have made it very clear that they have no intention of doing so. 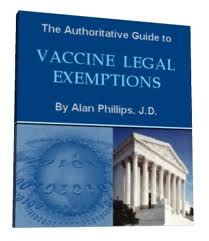