Steve Kirsch: They've Now Killed Close to TWICE as Many Kids From the Vaccine as Have Died From COVID 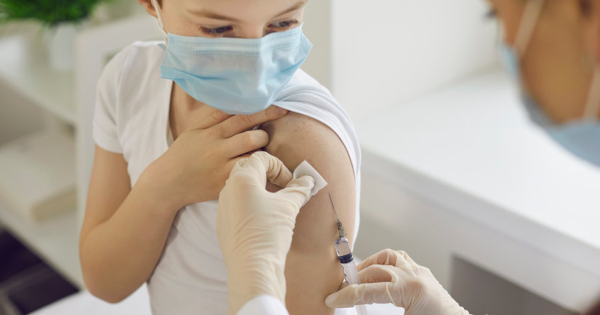 No end in sight.

Here's the death toll from COVID deaths for kids 18 and younger: about 750 deaths.

However, if these deaths are anything like adult deaths, these are kids who died with COVID, not from COVID. The actual number who died from COVID is likely a lot smaller. But we'll be generous and say that all 757 kids died from COVID just for the sake of our argument (since we don't want to be attacked by the "pro-vaxers").

Now, let's do the VAERS search to see how the vaccine is doing. Note we limit the search to US only. This is why we get lower numbers than reported in other articles. This is because we don't cheat. We exclude the foreign reports.

Also, in the two query reports below, the 18 year olds are all put in the category of 17-44. That's a fixed category for MedAlerts queries. The only deaths there are 18 year olds since it is restricted by the query itself. 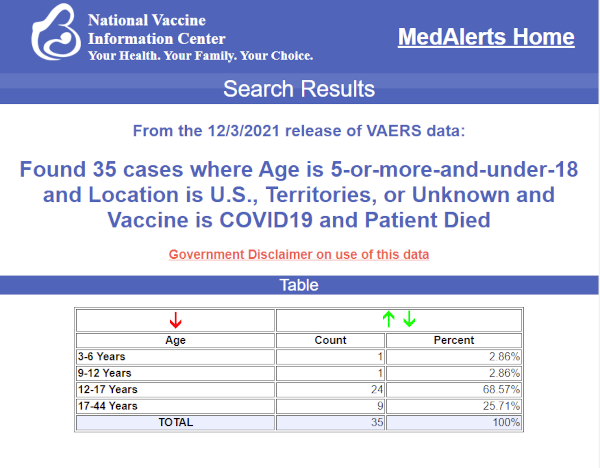 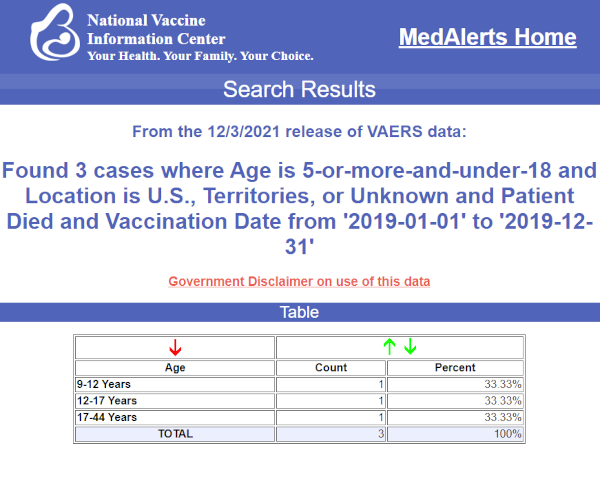 However, VAERS is 41X underreported, a number computed based on the CDC's own methodology. When I contacted the CDC asking them if I made an error in my calculation, I just get silence. No reply. It's a conversation ender. This is the same treatment they gave to Aaron Siri when he computed the URF. They refuse to talk to me, they won't reply to Siri, and they refuse to supply the "correct" number to any reporters who ask about this. When I try to ask anyone in Congress to ask the CDC for this number, I just get hang ups. Nobody wants to know. I can't figure out why that is. They know the process. They've done it before. But they can't seem to do it this year for some odd reason.

The "cure" is a lot worse than the "disease"

So we have 1,312 deaths that are highly likely to be caused by the vaccine compared to 757 deaths from COVID.

So we've likely killed nearly twice as many kids with the vaccine than have been killed by COVID.

In short, our health authorities have convinced parents that it's better to increase the chance of your kid dying than to reduce it.

But hey, we're just getting started since not all the kids under 18 have been vaccinated yet. The authorities are rushing to get all kids vaccinated before anyone figures out what is going on. So expect the numbers to get much higher.

But what about the USA Today "fact check"? 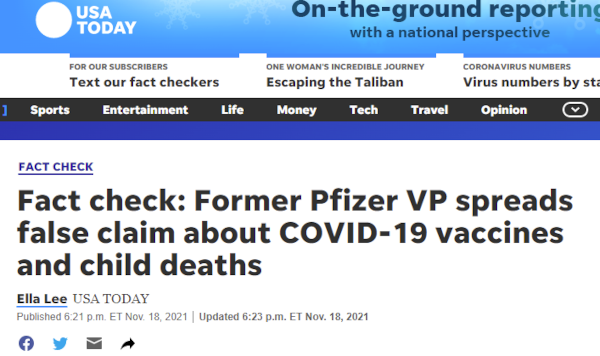 Just so we don't miss anything, you may ask "what about the USA fact-check?"

I am still looking for one of these fact checks that is actually correct, and so far I've come up empty handed.

This one quotes my friend Michael Yeadon who claimed "Children are 50 times more likely to be killed by the COVID vaccines than the virus itself" which is an estimate that probably not far from the truth since virtually all the kids who died "from" COVID are more likely to have died "with COVID." Virtually all had multiple risk factors. It's hard to find even a single healthy kid who died from COVID. I don't know of a single one. Do you? So my guess is that Dr. Yeadon's statement is either very accurate or not far off.

"Clinical trial data shows the COVID-19 vaccines do not pose a risk of death to children."

WTF? Are you kidding me?!?! I don't want to seem rude or anything, but do you have a brain? This is about the dumbest statement ever made. I would love to do a video debate with Ella Lee on this. There is no possible way this is true. How can USA Today print this stuff?

To show that, you'd have to run a clinical trial with millions of kids, not 2,000. And even after than you could only say the death risk is less than 1 in a few hundred thousand at best. And we know it poses a huge death risk for adults. There is no doubt about that. So why would it not for children? Is there something in the mechanism of action of the vaccine that limits this? Is there a line of code in the DNA that says, "if under 18, do not kill host?" Heck no.

It then goes on to quote Leana Wen:

"In the U.S., no child has died from the vaccine, but over 600 have died from COVID," Dr. Leana Wen, a professor of health policy and management at George Washington University, said in an email. "(Yeadon's) claim is completely untrue."

Look, there is simply no other way to say this: Dr. Leana Wen is full of shit. Her claim is demonstrably false. I'd love to debate her. I'd pay big money to debate her. But while she is happy to appear on CNN for free, no amount of money will persuade her to allow me to interview her.