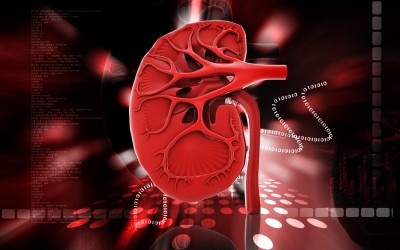 There are many things that drive cancer. Poor diet, chemical and radiation exposures, and certain infections, figure prominently in the process. Stress, however, is a major contributing factor that is often completely overlooked

Research, however, sheds light on just how critically important the physiological consequences of stress are on cancer cell progression.

Adrenaline is released during times of stress and participates in what is known as the fight-or-flight response of the sympathetic nervous system. The study investigated the cellular consequences of adrenergic activation (adrenaline activation), which included a dose-dependent increase in the expression of the cancer-associated gene (oncogene) known as ABCB1 gene and its gene product, P-glycoprotein, which is known to protect cancer cells from anticancer compounds.

When adrenaline-induced P-glycoprotein levels increase within cancer cells, they become more effective at excreting drugs that may do them harm, e.g. chemotherapy. P-glycoprotein is used to transport xenobiotics out through what are known as ATP-dependent efflux pumps. These are highly expressed in the epithelial cells of the gastrointestinal tract, kidney, liver, and capillaries of the brain, testes, and ovaries, and normally defend healthy cells against toxicants in the environment. In cancer, however, a wide range of oncogenes are upregulated and tumor suppressor genes downregulated, resulting in assemblages of cells (tumors) that can do great harm to the body as a whole. 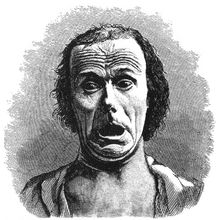 This study raises a very important issue in conventional cancer treatment: often the psychological health, attitudes, expectations and feelings of patients diagnosed with cancer are considered secondary or merely "subjective" factors, merely an afterthought in juxtaposition to clinically verifiable, or so-called "objective" signs, e.g. tumor markers, genetic tests, etc. This "Cartesian" division between mind (the "ghost in the machine") and the body ("the machine"), is at the root of the conventional medical model of disease treatment, and could itself be considered an inherently dis-eased or pathological system of thinking.

Indeed, recent research published in the New England Journal of Medicine confirmed that the very stress associated with being diagnosed with cancer is as lethal as the cancer itself, and sometimes far more so. After analyzing over 500,000 people who were diagnosed with cancer, it was discovered that the risk of suicide was 12 times higher and the risk of heart-related death 6 times higher during the first week following cancer diagnosis versus those who were cancer free.2 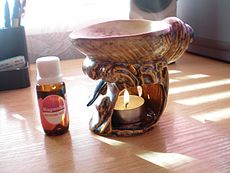 If these findings are correct, and stress hormones are capable of transforming normal cancer cells into a multi-drug resistant ones, or in increasing the risk of heart attack 6-fold, then stress reduction techniques, and other "intangible" factors, e.g. whether the doctor has a positive or negative attitude or expectation (i.e. the "placebo" and "nocebo" effect), should be given the same weight as the type of chemotherapy that is chosen, or the results of cytopathology or histopathology reports.

Simple techniques can be employed to reduce the cancer-promoting effects of elevated adrenaline in invariably stressed and anxious cancer patients. As we reported a few months ago, researchers have found that the simple inhalation of patchouli and rose oil may reduce sympathetic nervous activity by up to 40%, with rose oil reducing adrenaline concentrations by 30%.

A few other ways to reduce stress include:

Sayer Ji is the founder and chair of GreenMedInfo.com. His writings have been published in the Wellbeing Journal, the Journal of Gluten Sensitivity, and his research has been featured on numerous websites, including Mercola.com, Reuters.com, NaturalNews.com, Infowars.com, GaryNull.com, ActivistPost.com, and Care2.com.