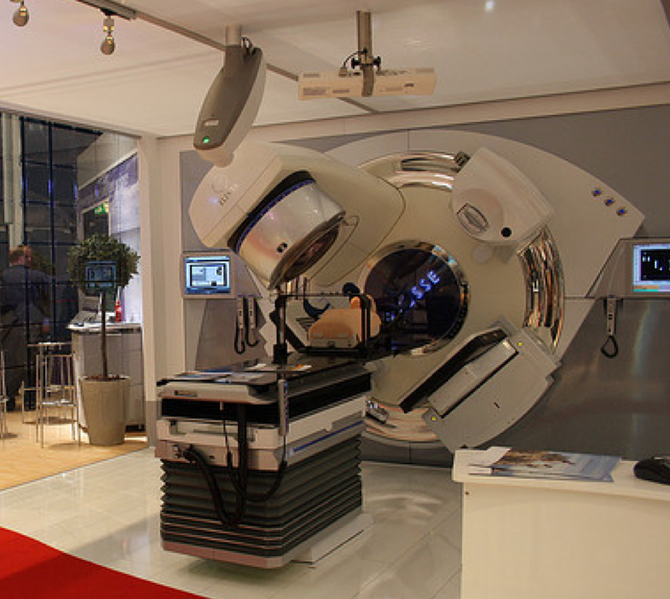 The researchers found that even when radiation kills half of the tumor cells treated, the surviving cells which are resistant to treatment, known as induced breast cancer stem cells (iBCSCs), were up to 30 times more likely to form tumors than the nonirradiated breast cancer cells. In other words, the radiation treatment regresses the total population of cancer cells, generating the false appearance that the treatment is working, but actually increases the ratio of highly malignant to benign cells within that tumor, eventually leading to the iatrogenic (treatment-induced) death of the patient.

A growing body of research now indicts conventional cancer treatment with chemotherapy and radiation as a major contributing cause of cancer patient mortality.  The primary reason for this is the fact that cancer stem cells, which are almost exclusively resistant to conventional treatment, are not being targeted, but to the contrary, are encouraged to thrive when exposed to chemotherapy and radiotherapy.

In order to understand how conventional treatment drives the cancer into greater malignancy, we must first understand what cancer is.... 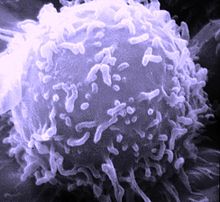 What Are Cancer Stem Cells, And Why Are They Resistant To Treatment?

Tumors are actually highly organized assemblages of cells, which are surprisingly well-coordinated for cells that are supposed to be the result of strictly random mutation. They are capable of building their own blood supply (angiogenesis), are able to defend themselves by silencing cancer-suppression genes, secreting corrosive enzymes to move freely throughout the body, alter their metabolism to live in low oxygen and acidic environments, and know how to remove their own surface-receptor proteins to escape detection by white blood cells. In a previous article titled "Is Cancer An Ancient Survival Program Unmasked?" we delved deeper into this emerging view of cancer as an evolutionary throw-back and not a byproduct of strictly random mutation.

Because tumors are not simply the result of one or more mutated cells "going rogue" and producing exact clones of itself (multi-mutational and clonal hypotheses), but are a diverse group of cells having radically different phenotypal characteristics, chemotherapy and radiation will affect each cell type differently.

Tumors are composed of a wide range of cells, many of which are entirely benign.

The most deadly cell type within a tumor or blood cancer, known as cancer stem cells (CSCs), has the ability to give rise to all the cell types found within that cancer.

This means CSCs are tumorigenic (tumor-forming) and should be the primary target of cancer treatment because they are capable of both initiating and sustaining cancer.  They are also increasingly recognized to be the cause of relapse and metastasis following conventional treatment.

CSCs are exceptionally resistant to conventional treatment for the following reasons

The existence of CSCs explains why conventional cancer treatment has completely missed the boat when it comes to targeting the root cause of tumors. One reason for this is because existing cancer treatments have mostly been developed in animal models where the goal is to shrink a tumor. Because mice are most often used and their life spans do not exceed two years, tumor relapse is very difficult, if not impossible to study.

The first round of chemotherapy never kills the entire tumor, but only a percentage. This phenomenon is called the fractional kill. The goal is to use repeated treatment cycles (usually six) to regress the tumor population down to zero, without killing the patient.

What normally occurs is that the treatment selectively kills the less harmful populations of cells (daughter cells), increasing the ratio of CSCs to benign and/or less malignant cells.  This is not unlike what happens when antibiotics are used to treat certain infections. The drug may wipe out 99.9% of the target bacteria, but .1% have or develop resistance to the agent, enabling the .1% to come back even stronger with time.

The reality is that the chemotherapy, even though it has reduced the tumor volume, by increasing the ratio of CSCs to benign daughter cells, has actually made the cancer more malignant.

Natural compounds have been shown to exhibit three properties which make them suitable alternatives to conventional chemotherapy and radiotherapy:

The primary reason why these substances are not used in conventional treatment is because they are not patentable, nor profitable. Sadly, the criteria for drug selection are not safety, effectiveness, accessibility and affordability. If this were so, natural compounds would form an integral part of the standard of care in modern cancer treatment.

Research indicates that the following compounds (along with common dietary sources) have the ability to target CSCs: