Study: Saccharin And Sugar May Be More Addictive Than Cocaine

Views 14353
Posted on:
Thursday, January 10th 2013 at 5:00 am
Written By:
Sayer Ji, Founder
This article is copyrighted by GreenMedInfo LLC, 2014
Visit our Re-post guidelines 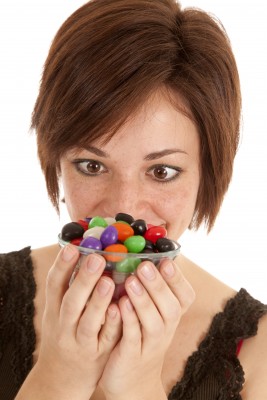 Sugar and artificial sweeteners are so accessible, affordable and socially sanctioned, that few consider their habitual consumption to be a problem on the scale of say, addiction to cocaine.  But if recent research is correct their addictive potential could be even worse.

Almost 40 years ago, William Duffy published a book called Sugar Blues which argued that refined sugar is an addictive drug and profoundly damaging to health.  While over 1.6 million copies have been printed since its release in 1975, a common criticism of the book has been that it lacked sufficient scientific support.

Today, William Duffy's work is finding increasing support in the first-hand, peer-reviewed and published scientific literature itself. Not only is sugar drug-like in effect, but it may be more addictive than cocaine.  Worse, many sugar-free synthetic sweeteners carry with them addictive properties and toxicities that are equal to, or may outweigh those of sugar.

Back in 2007, a revealing study titled, "Intense sweetness surpasses cocaine reward,"  found that when rats were given the option of choosing between water sweetened with saccharin and intravenous cocaine, the large majority of animals (94%) preferred the sweet taste of saccharin.[i] This preference for sweetness was not attributable to its unnatural ability to induce sweetness without calories, because the same preference was found with sucrose; nor was the preference for saccharin overcome by increasing doses of cocaine. 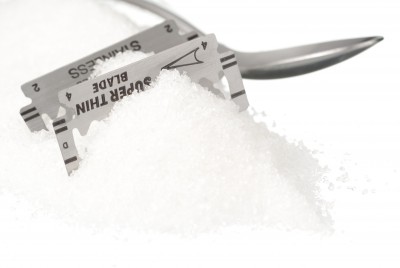 A common argument against the relevance of animal studies like this to human behavior is that rats differ too profoundly from humans. However, even insects like forager bees have been found to respond in a similar way to humans when given cocaine, experiencing an overestimation of the value of the floral resources they collected, with cessation of chronic cocaine treatment causing a withdrawal-like response.[ii]

Researchers believe that intense sweetness activates ancient neuroendocrine pathways within the human body, making obsessive consumption and/or craving inevitable. The authors of the cocaine/saccharin study summarized this connection as follows:

Our findings clearly demonstrate that intense sweetness can surpass cocaine reward, even in drug-sensitized and -addicted individuals. We speculate that the addictive potential of intense sweetness results from an inborn hypersensitivity to sweet tastants. In most mammals, including rats and humans, sweet receptors evolved in ancestral environments poor in sugars and are thus not adapted to high concentrations of sweet tastants. The supranormal stimulation of these receptors by sugar-rich diets, such as those now widely available in modern societies, would generate a supranormal reward signal in the brain, with the potential to override self-control mechanisms and thus to lead to addiction.

In a previous article, "Is Fructose As Addictive As Alcohol?", we looked at the addictive properties of isolated fructose in greater depth, including over 70 adverse health effects associated with fructose consumption. It appears that not only does fructose activate a dopamine- and opioid-mediated hedonic pathway within the body, but like excessive alcohol consumption, exacts a significant toll on health in exchange for the pleasure it generates.

The drug-like properties of common beverages and foods, have been the subject of a good deal of research over the past few decades. Wheat and related grains, for instance, are a major food source of opioid peptides. These pharmacologically active compounds, also found in milk, coffee and even lettuce, may even explain why ancient hunters and gatherers took the agrarian leap over 10,000 years ago.  Likely, the transition from the Paleolithic to Neolithic was motivated by a combination of environmental pressures and the inherently addictive properties made accessible and abundant due to the agrarian/animal husbandry mode of civilization. For more on this, read our essay "The Dark Side of Wheat."

As far as synthetic sweeteners, an accumulating body of toxicological research indicates they have a wide range of unintended, adverse health effects beyond the aforementioned problem of addiction. For a comprehensive list, view our Artificial Sweetener Research page.

One clear implication of these findings is that one is best served consuming natural sweet foods, including honey, or fruit like apples. Not only are these easier to consume in moderation, but they have a profound set of "side benefits" as well. To learn more read our recent explorations of the following alternatives:

Why You Should Ditch Sugar In Favor of Honey

Why The Apple Is One Of The World's Most Healing Superfoods