Views 17831
Posted on:
Wednesday, December 12th 2012 at 5:00 am
Written By:
Sayer Ji, Founder
This article is copyrighted by GreenMedInfo LLC, 2012
Visit our Re-post guidelines 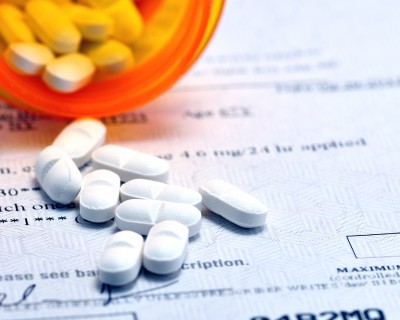 Many of the drugs used to treat breast cancer today are probable or known cancer-causing agents. Tamoxifen, for instance, is classified by the World Health Organization as a "human carcinogen," but recent news headlines praised extended use of this drug for "saving lives." It is obvious that the mainstream media has swallowed the tamoxifen-flavored Kool-Aid ... will you?

These mostly uncritical pronouncements followed from a newly published study in Lancet, funded by a long list of contributors, including the US Army, EU-Biomed, UK Medical Research Council, and the UK division of AstraZeneca, the company that formed after the now defunct Imperial Chemical Industry, the drug's original patent holder and manufacturer, de-merged its pharmaceutical division Zeneca Group in 1993, merging with Astra AB in 1999 to assume its present incarnation as one of the world's most powerful pharmaceutical companies.

Most of these news stories made no mention of the fact that a major pharmaceutical industry funding source for the study would benefit directly and indirectly, perhaps in tens of millions of dollars, from its ostensibly positive findings.  Mind you, AstraZeneca is a founding (and still controlling) sponsor of Breast Cancer Awareness Month, the more than a quarter of a century old push to screen millions of asymptomatic women for so-called 'early-stage cancers' with x-ray mammography, a campaign which was recently shown to result in the overdiagnosis and unnecessary treatment of an astounding 1.3 million American women over the past 30 years.

Therefore it is a sad reflection on the state of journalism today that more was not said about this glaring conflict of interest. Indeed, increasingly, mainstream medical news reports have transmogrified into thinly veiled infomercials for their major advertisers.

What Did The New Lancet Tamoxifen Study Actually Show?

According to the much lauded study, these are the actual differences observed between the 5 and 10 year treatment groups:

Looking a bit deeper, however, these ostensibly positive numbers conceal a darker reality: many, if not most, of the initially diagnosed breast cancers in the studied populations, and which justified their follow-up treatment with tamoxifen in the first place, were probably misdiagnosed (which the medical establishment euphemistically calls "overdiagnosis"). And so too were many of the "recurring" cancers observed during the course of the 10-year study period. Therefore, the professed differences in morbidity and mortality in the extended tamoxifen treatment group, versus the 5-year group, may simply reflect the differing degrees to which these women were subjected to misdiagnosis and mistreatment (again, euphemistically known as "overtreatment"), and not any intrinsic therapeutic value to the drug itself.

In 2008 alone, it has been estimated that 70,000 U.S. women were overdiagnosed and overtreated for early-stage breast cancers that were not (and would not have become) malignant, and therefore were technically not cancerous at all, i.e. mammography detected lesions in women that were inherently benign, but were termed "pre-cancerous" and treated preemptively with the standard treatments, e.g. mastectomy, lumpectomy, radiation and chemotherapy. In fact, approximately 95% of early-stage breast cancers are overdiagnosed and overtreated, according to the latest meta-analysis on the topic that we covered in far greater depth in a recent article: 30 Years of Breast Screening: 1.3 Million Wrongly Treated.

So, taking this deeper context into account, what do the aforementioned Lancet study figures really indicate?

Tamoxifen May Indirectly Reduce The Risk of Overdiagnosis and Overtreatment, While Doing Nothing To Fight Breast Cancer Itself

Due to the fact that tamoxifen is a powerful anti-estrogen, and that breast cells in their normal state have estrogen receptors susceptible to being "blocked" by it, it should be expected that this chemical would suppress the growth of estrogen-sensitive tissues, regardless of whether or not those tissues are benign or malignant.  Many things, in fact, suppress breast cell growth, even cancerous breast cells, by antagonizing these receptors (see Flaxseed Breast Cancer study). Longer tamoxifen treatment, therefore, would naturally result in a longer duration of estrogen-mediated growth suppression of cells within the breast, especially faster growing ones that are more likely to form a mammography-detectable lesion or benign tumor.  As a result, the observed 3.9% reduction in the recurrence of breast cancer observed in the 10 year study group (versus the 5 year group) may have resulted not from tamoxifen's ability to selectively target and kill breast cancer stem cells (which it is quite ineffective at doing, especially considering the emergence of tamoxifen-resistance), but rather, from reducing the likelihood of detection and the subsequent risk of over- or misdiagnosis.

This would also explain how extended tamoxifen treatment resulted in a 2.8% reduction in breast cancer mortality. By reducing the number of mammography-detected "abnormal findings," and subsequent false cancer diagnoses, tamoxifen helped these women evade a battery of unnecessary diagnoses and treatments, which translated into a slightly lower overall breast cancer mortality. The "cause" of their lower mortality would therefore be from the avoidance of strictly iatrogenic (medicine-induced) psychological and physical trauma caused by what would have been for many of these women a second round of unnecessary and/or inappropriate treatments, and not the purported increased anti-cancer benefits of extended tamoxifen use.

Consistent with the view that no real benefit emerged as a result of tamoxifen treatment, the study found "mortality without recurrence from causes other than breast cancer was little affected."

In fact, they found that there were "691 deaths without recurrence in 6454 women allocated to continue versus 679 deaths in 6440 controls" – essentially, 12 women (excluding breast cancer deaths) died sooner in the extended treatment group than in the 5 year group. What kind of deaths increased?

According to the study "The cumulative risk of endometrial cancer during years 5-14 was 3·1% (mortality 0·4%) for women allocated to continue versus 1·6% (mortality 0·2%) for controls (absolute mortality increase 0·2%)."

Endometrial cancer is actually one of the most well-known adverse health effects of tamoxifen. Tamoxifen is classified by the World Health Organization and American Cancer Society as a human carcinogen, which is why it is not a surprise that it has been linked to gastric cancer, leukemia, bladder cancer, colorectal and vaginal cancer as well. To review the clinical literature on this disturbing connection visit our Tamoxifen Endometrial Cancer Research page, which has 15 studies on the topic. Or, view our general Tamoxifen Toxicology page, which lists abstracts describing over 20 adverse health effects linked to this drug.

Now, considering all this information, if we interpret the surplus of 2.8% increase in breast cancer deaths associated with shorter tamoxifen treatment to over- /misdiagnosis and over-/mistreatment, the overall result of the study would be an increased all-cause mortality linked to the drug's well-known and multitudinous toxic effects.

Keep in mind that only two months earlier, a Cochrane database review found that the use of tamoxifen after surgery reduces the recurrence of carcinoma in situ, a type of lesion (probably mostly benign) discoverable through mammography, but does not reduce the overall risk of death.[i] 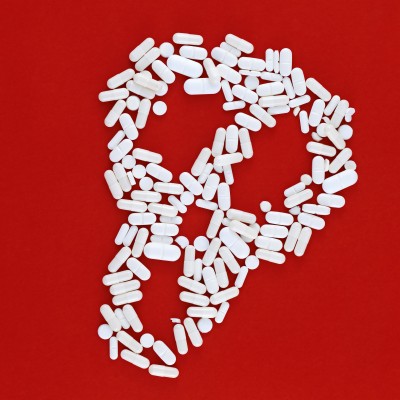 The reality is that tamoxifen, a known carcinogen, exists in order to make money.

There is no other equally compelling explanation for why the conventional medical establishment uses chemicals that cause cancer to treat cancers caused by chemicals. No matter how institutionalized this insane and illogical approach to cancer treatment has become, it only makes economic sense to the industry who invented it. To the patient, it ultimately defrauds them of both their health and money.

The modern oncology drug printing-press rivals the Federal Reserve in its ability to convert nothing of value into something of great value; through a sleight-of-hand, and the collusion of hundreds of thousands of folks in medicine-associated fields ("more make a living off of cancer than die from it"), this industry converts extremely toxic chemicals (some of which have chemical weapons designations, such as HN1, HN2 and HN3, forms of nitrogen mustard-based chemotherapy) into successful, multi-billion dollar drugs, some bearing markups as high as 500,000% from cost.[ii]  We have discussed this problem in greater depth in our article: Has Drug-Driven Medicine Become A Form of Human Sacrifice?

At GreenMedInfo.com we have expended considerable effort indexing research on natural compounds which exhibit anti-breast cancer properties, including in multi drug resistant cancer cell lines, and tamoxifen-resistant ones. In total, we have 249 natural substances indexed of potential value, as well as 61 carcinogens implicated in breast cancer pathogenesis. To view this research, provided open access, visit our Breast Cancer Research page. 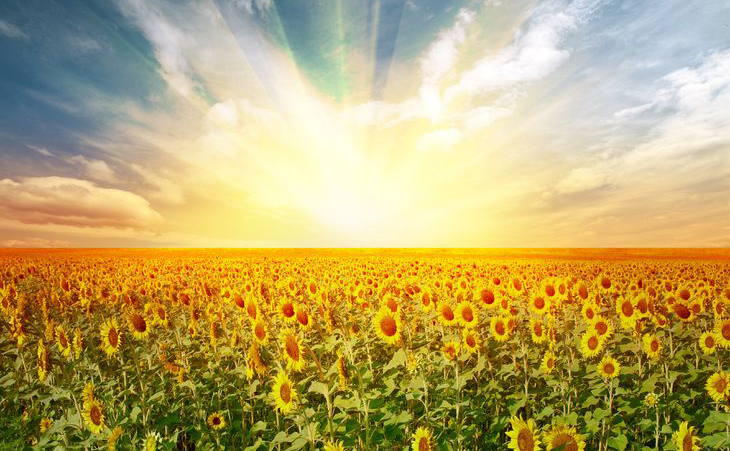 In an effort both to facilitate awareness of the growing trend within mainstream medicine to overdiagnosis and overtreat women, as well as to empower women with practical strategies they can use to take back control of their health, GreenMedInfo.com is hosting a three week online E-Course, beginning on Sunday, Jan. 6th, 13th and 20th, 12 pm PST/3PM EST, in partnership with Mettaversity. The course instructor is GreenMedInfo.com founder and director, Sayer Ji.

The Awakened Woman E-Course combines practical strategies for healing and disease prevention with the latest scientific research and explores a new, wellness-based vision of medicine and self-empowerment.

* The #1 Hidden Health Problem Facing Women
* Why Dieting Is The Wrong Approach To Losing Weight
* How Breast Screenings Create Millions of Cancers
* Why The Experts Are Totally Wrong About Osteoporosis
* 5 Cancer Fighting Foods Every Woman Should Know About
* Understanding "Healthy Aging" and "Longevity-Promoting" methods
* The Hidden Dietary Cause of Many Autoimmune Diseases
* Natural Pregnancies: Dispelling the Myths
* Natural Hormone Support, Focusing On Root Causes Instead of Replacement

This course is a must for those who wish to take back control of their health, or that of their loved ones.

6 Bodily Tissues That can be Regenerated Through Nutrition