Tap Away Your Food Cravings in Minutes 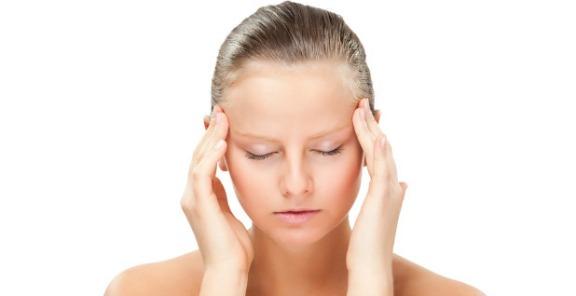 Do you remember the TV commercial where someone smacks themselves in the head and cries "I could have had a V8!" Maybe there is something to a tap on the head and making better food choices according to a new study from Griffith University's School of Medicine in Australia.

Research by Dr. Peta Stapleton indicates that "emotional freedom technique" or EFT, can be successful in reducing food cravings for up to six months in people who are overweight or obese.

EFT is a type of psychological acupressure which combines gentle tapping on pressure points on the head and other parts of the body while mentally focusing on particular emotions and thoughts. The technique is painless and easy to learn through a practitioner or at a multitude of sites on the internet.

The technique was created by Gary Craig who is neither a psychologist nor a licensed therapist, but a Stanford engineering graduate and an ordained minister with the non-denominational Universal Church of God in Southern California. Although endorsed by such alternative health gurus as Deepak Chopra, Dr. Joseph Mercola and Dr. Candace Pert, there are, not surprisingly, many skeptics of EFT.

Dr. Stapleton, however, claims that her research showed that common cravings for sweet carbohydrates such as cakes and chocolate or salty foods such as chips were significantly reduced after just four 2-hour sessions of tapping.  Improvements in cravings were also maintained at a six-month follow-up.

According to Dr. Stapleton, participants in the trial were surprised by how quickly the technique works and found that it doesn't take a lot of time to eliminate food cravings they may have had for many years. Some participants had actually forgotten they had a previous problem with food cravings until they were reminded at the six-month follow-up.

Dr Stapleton, who specializes in the management of eating disorders, said that while the study did not show any significant impact on body weight or body mass index (BMI) after six months, the results of a 12-month follow-up were still being analyzed. She believes that because the technique helps override emotional eating at a sub-conscious level, it is more likely to be effective in the long term.

The results of the study, entitled "A randomized clinical trial of a meridian-based intervention for food cravings," was presented at the International Congress of Applied Psychology in Melbourne.

EFT has been used to manage conditions such as headaches, post-traumatic stress disorder, pain issues, phobias such as fear of flying, and addictions, including smoking. It's even been used on pets and animals.

Try it now.  See how to tap away your chocolate cravings in this video.