Views 40
Posted on:
Monday, January 6th 2014 at 9:30 am
Written By:
Linda Sechrest
This article is copyrighted by GreenMedInfo LLC, 2015
Visit our Re-post guidelines 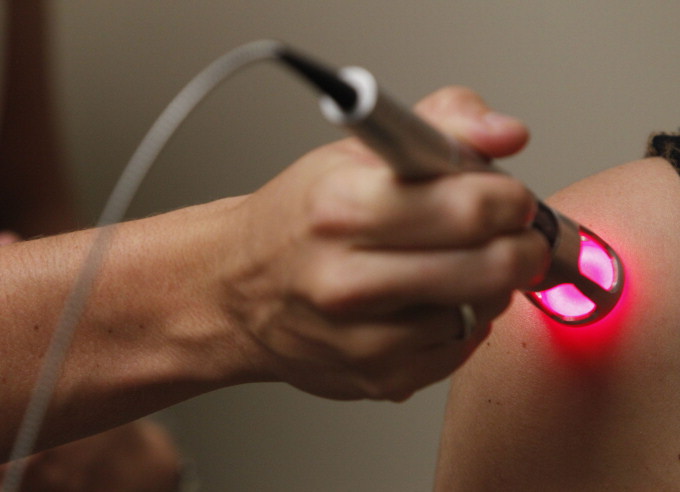 In 2005, the future began tapping Cathy Horgan on the shoulder and nudging her in the direction of a career change. Fortunately, the co-owner of Life Laser Therapy in Fort Myers didn't have to totally reinvent herself for a new vocation. Her previous employment with a local ophthalmologist had gifted her with the opportunity to learn about an Argone ion laser and a Nd:Yag laser, sometimes used in cataract surgery. She and her husband now had only to rise to the challenge of becoming entrepreneurial business owners after purchasing a laser therapy franchise for smoking cessation, weight loss and stress management.

"We purchased the franchise after I first considered elder care. I was passionate about it because I'd taken care of my mom while she had Alzheimer's," says the 31-year resident of southwest Florida, who is a now certified as a laser assistant and nursing assistant.

Helping people with their addictions came natural to Horgan, who has facilitated an Overcomer's 12-Step Recovery program at her church since 1986.

"A few other things worked in our favor such as my lifetime interest in health and wellness and my work during high school years in a medical setting helping with physical therapy. Additionally, one of our partners is a registered nurse and currently a medical case manager for workman's compensation as well as a certified laser therapist," explains Horgan.

Good fortune smiled on Life Laser Therapy in 2006 when Women's World magazine sent an editor from New York to cover their weight loss program. "Our one-year low-level cold laser therapy program for weight loss was a pioneering modality in 2006. Now it's fairly well known for helping with appetite control, curbing cravings, and keeping cortisol levels down to reduce stress. This is a big help to people who are stress eaters," advises Horgan, who notes that she has been able to use her background to create an effective and comprehensive program that includes an important educational element for 18 behavior modifications, weekly weighing and measuring of body fat, and journaling.

The smoking cessation program is 82 to 85 percent successful due to the fact that the laser is used on 39 to 49 meridian points on the body, particularly all of those in the ear.

"The laser beam goes to a cellular level and causes the body to produce endorphins, serotonin, and dopamine. These are produced when someone smokes a cigarette but the levels drop quickly. The laser keeps them elevated," notes Horgan, who advises that she also uses aromatherapy to enhance the experience of calm that the laser treatment affords. "Stress is the number one reason that people relapse and the complementary laser session that we offer is helpful although it's rarely been used. Our infrared sauna and foot detox can also enhance the treatments," explains Horgan.

Horgan notes that her career change has truly been a blessing. "I love releasing people from the bondage to their addictions. As a result of spending so much time with them, we get to build a relationship and many have become my friends," she says.

Linda Sechrist is the Senior Staff writer, editor and National Director for Community Outreach for Natural Awakenings, a healthy lifestyle magazine actively publishing in 80 U.S. major markets, with 3 million readers a month. She is the founder of ItsAllAboutWe.com and radio host of the upcoming Greenmedinfo.com sponsored show, part of the World Health Freedom forum, the official radio network of the National Health Federation.