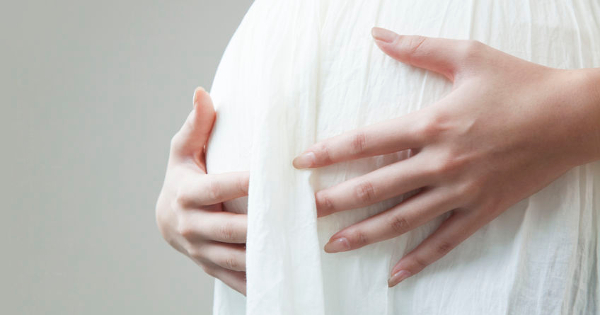 In the presence of a reassuring fetal heart, there is no reason to take any actions other than to keep pushing

There is no quality research showing adverse maternal or newborn outcomes as a result of being fully dilated and pushing even for 24 hours, unless the woman suffers from severe malnutrition, such as found in Africa. Evidence shows that If the fetal heart is reassuring, there are no time limits for delivering the baby. (1) The baby's skull is designed to change shape to accommodate the shape of the pelvic diameters. In a well fed woman, the woman's organs can withstand months of pressure from the fetus without becoming necrotic. Yet, delivering the woman by cesarean surgery after 2 hours of pushing or 3 hours if she has an epidural anesthesia is accepted practice and the justification for about 60% of 'emergency' caesareans. Cesarean for Dystocia is harmful obstetric practice.

We all were trained to believe in the arbitrary 2 and 3 hour limits. Those of us with the privilege of practicing evidence based protocols are happily surprised the first time we experience a 6 or 8 hour second stage. The woman is always very happy with the perfect outcome.

In my practice, I did not come to this conclusion early in my practice. I have now been practicing for 30 years. First I had a birth with a 4 hour second stage, then a 6 hour one, and then an 8 hour second stage. Now I have had second stages of 15, 17 and 24 hours. The stories appear in Midwifery Today. (https://www.researchgate.net/publication/317350722_Prolonged_second_stage_Three_cases_14_17_and_24_hours_long_with_perfect_outcomes) It would be a shame for all midwives to have to attend 1000 births in order to realize that it is safe to allow women to push without time limits as long as the fetal heart is reassuring.

No matter how many midwives hold on to the belief that there is medical evidence supporting limits on second stage, there is none. One should be alert to arguments such as 'It seems reasonable'. Many midwives try to get around the 2 hour rule by delaying the start of pushing or by not checking if the woman is fully dilated. The JMWH article states: "It seems reasonable to delay pushing for up to 2 hours after complete dilatation, unless the woman has an urge to push or the fetal head is at the introitus, particularly for women who are using epidural analgesia." (5) A statement that says something is reasonable, is not reasonable when it is not based on any reasons. Using the same logic, it is not reasonable to order a cesarean because someone has been pushing for 2 hours because it is not based on reason.

Risk of obstetric fistula with prolonged labor due to malnutrition

"Obstetric fistulas result from untreated prolonged obstructed labor." (6) This statement from the prestigious Current Opinion in Obstetrics and Gynecology, a journal which directs protocol, is presented with neither citation nor definition of the word: prolonged. The review only provides examples of obstetric fistulas resulting from untreated prolonged obstructed labor lasting an average of 4 days ….and sometimes for more than a week and 50% of cases occur among pre-teen girls in which the girl has not finished growing. (7) If obstructed labor is on average 4 days, obviously there is no justification for defining prolonged second stage as over 2 hours. Where there is inadequate space to deliver it without moulding, the fetal head presses against the pelvic outlet bones, causing the head to mould into a cone. Malnutrition is a necessary prerequisite to obstetric fistula (8). The connection between obstetric fistula to malnutrition points to a contracted pelvis, cephalopelvic disproportion (CPD) which combined with malnutrition allows vaginal tissue to more easily become necrotic. Grand multiparas in high income countries often experience a very low head for the last month of pregnancy pressing down against the pelvic bones, sometimes causing life changing symphysis pubis pain (SPD), but not necrosis. Obstetric fistulas associated with long labors are caused by malnutrition.

In high income countries, cesarean is the biggest cause of obstetric fistula: "In their review of 68 cases of genitourinary fistulas seen at University of California, Los Angeles, over a 25-year period, Goodwin and Scardino were able to locate only four women with fistulas due to obstetric complications, two of which were caused by direct injuries to the urinary tract sustained at the time of cesarean delivery rather than by labor itself." (7)

I would be happy to participate in a discussion online with any group of practitioners interested in discussing this further. judyslome@hotmail.com