Views 7511
Posted on:
Wednesday, September 26th 2012 at 8:15 am
Written By:
Sayer Ji, Founder
This article is copyrighted by GreenMedInfo LLC, 2012
Visit our Re-post guidelines 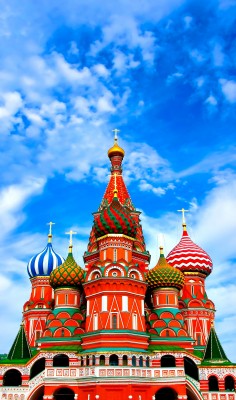 In a bold and encouraging move on Tuesday, Russian authorities suspended the import of Monsanto's genetically-modified corn over cancer fears spurred by an alarming long-term animal feeding study performed by French researchers at the University of Caen and published in the journal Food and Chemical Toxicology this month.

According to Russia Today:

The Russia's consumer-rights regulator Rospotrebnadzor asked scientists at the country's Institute of Nutrition to review the study. The watchdog has also contacted to European Commission's Directorate General for Health & Consumers to explain the EU's position on GM corn.

The temporary suspension will immediately affect American imports of corn. The government of France has already embarked upon investigation as to the safety issues surrounding its use, and actions of this sort could soon be followed by other nations.

Previous feeding studies on both GM corn and glyphosate, the active ingredient in the herbicide Roundup, involved feeding the rats for no longer than 90 days, and were conducted exclusively by biotech corporations with a vested interest in finding safe results. The new French study was conducted on rats for two years, the equivalent of a human lifespan, and resulted in dramatically shortened life spans due to organ damage and failure, as well as massive tumors, most notably mammary tumors in female rats. Most of the gross abnormalities appeared after the first 90 days of their life, explaining why previous 90 day studies found little of concern.

Increasingly, among research not directly funded by Monsanto, or the biotech industry as a whole, evidence is accumulating that GM-produced food crops are extremely dangerous to human health and the environment. The NK603 Roundup tolerant GM maize Russia suspended imports of is designed to be sprayed with Roundup (glyphosate) and therefore contains residues of both the herbicide and its toxic metabolites. The French researchers also raised concern that the transgene within the maize that makes it resistant to Roundup is promoting organ damage by preventing the production of natural Roundup-detoxifying phenolic compounds such as ferulic and caffeic acid within those who consume it.

The GreenMedInfo database has indexed peer-reviewed research on over 30 adverse health effects linked to glyphosate exposure, including: 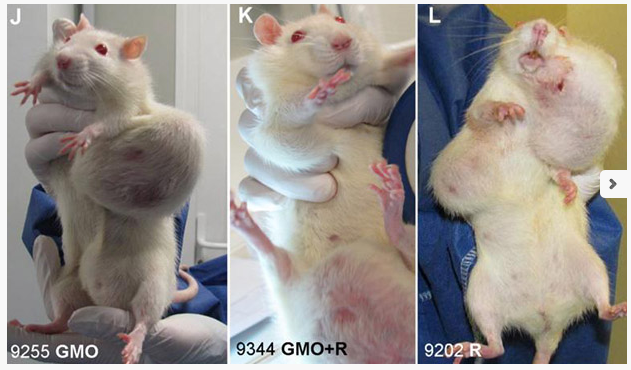