Today's World Calls for a Radical New Approach to Detox 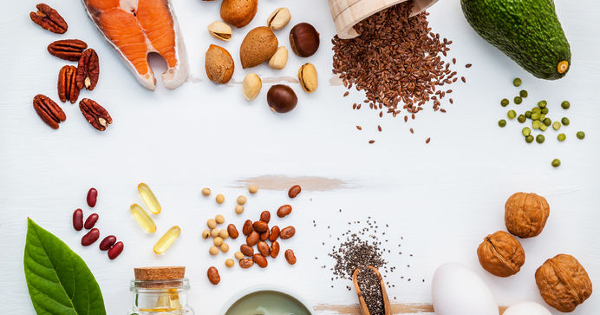 Do you have an autoimmune disorder, or has your thyroid come to a screeching halt? Is that extra body fat stuck to you like glue? When it comes to autoimmune issues, sluggish thyroid or other metabolic issues, it's time to turn the spotlight toward toxicity as Suspect Number One

Toxicity plays an enormous role in today's exploding rates of autoimmunity, neurodegenerative disease, and obesity. The links between cumulative environmental exposure and autoimmune illnesses is complex because our bodies are exposed to countless mixtures of toxins over time.

Sadly, our inundation with these exposures essentially amounts to a massive public health experiment--and one you may be paying for with your health. The statistics speak for themselves.

Besides cancer and other serious illnesses, exposure to industrial chemicals, heavy metals and other toxins have been linked to autoimmune disease, placing targets on the backs of healthy cells throughout the body.[i] The autoimmune condition Hashimoto's thyroiditis is a prime example, accounting for up to 90 percent of hypothyroidism cases.[ii] Between 2013 and 2015, 54 million Americans--nearly a quarter of the population--were diagnosed with some form of arthritis, gout, lupus, or fibromyalgia.[iii] More than one-third of Americans are obese, and the incidence of type 2 diabetes is through the roof.

We can detox our liver and blood, and our intestinal tract, but we will never get ahead of it unless we cleanse and rebuild our cells. The cell is where everything happens, whether you're talking about immunity or brain health, or stoking your metabolic fires. If your cells are toxic, you have what I refer to as toxic metabolism, and no diet in the world will work.

Dangers Lurk in the Darndest Places

Then there's glyphosate. Glyphosate is the primary chemical in the notorious weed killer Roundup and is extremely damaging to the body by several different mechanisms. Besides being carcinogenic, it's an endocrine disruptor and major metal chelator--it binds tightly to metals such as mercury and aluminum and carries them directly into your brain.

In terms of weight loss resistance, endocrine disrupting chemicals (EDSs) shut down your thyroid and trick your body into storing excess fat. Endocrine disruptors are SO good at this that they've earned the nickname "obesogens." Increased body fat means more toxins can be stored--but it gets worse. Glyphosate makes other chemicals even more toxic by blocking certain enzyme pathways in your liver that detoxify harmful compounds. These blocked pathways also prevent your liver from converting vitamin D into its active form, thereby contributing to vitamin D deficiency.

Glyphosate is only one endocrine disruptor--we are exposed to many others each and every day. Science has shown that immune-neuro-endocrine alterations, such as those caused by EDCs, precede the onset of autoimmune disease.[iv] Your cell phone, smart meter, computer and other tech may be intensifying the problem.

A number of modern-day diseases have been scientifically linked to physiological disruptions from man-made electromagnetic fields (EMFs). These fields cause cell membranes to lose calcium ions, which leads to neurotransmitter misfirings and disrupted hormone communication. EMFs produce oxidative stress and damage DNA, which increases the production of stress hormones cortisol and adrenaline. High cortisol leads to elevated blood sugar and insulin and increased abdominal fat.

The Bitter Truth About Detox

In the face of all these toxic assaults, you need a secret weapon--so I will give you one right now: bitter foods. Besides being the antidote to "sweet addiction," bitters are an important but forgotten detox food and it's beyond time to bring them back! A surprising number of your favorite foods are classified as "bitters"--artichokes, asparagus, grapefruit, and dandelion tea, and even coffee and cacao.

One thing making bitters such a nutritional boon is that they help restore gallbladder, and even more importantly, healthy bile flow. Gallbladder disease is often a symptom of a more serious problem: congested bile. The reason so many people are losing their gallbladder is they've developed thick, sludgy, congested bile that literally mucks up the works. Why is bile important? It's a crucial detox vehicle--and hardly anyone is talking about it! 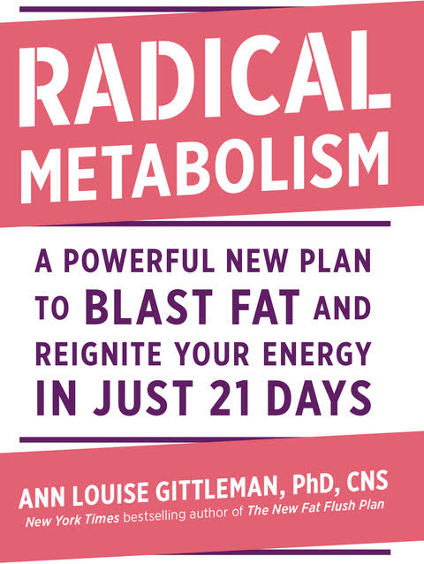 Bile binds with and carries a multitude of toxins out of the body via the intestines--heavy metals, drugs, excess hormones, chemicals, food preservatives, pesticides, flame retardants and the like. Bile is what flushes away the toxins your liver collects. An alarming number of people have bile and gallbladder issues but are completely unaware. Among other things, toxic bile can drag down your thyroid.

It's no surprise that sluggish bile and accumulation of body fat go hand in hand. If your bile is thick and not flowing freely, all that sludge remains in your system and the excess toxins get parked in your fat cells. And you'll have plenty of those because, without adequate bile, your digestive tract cannot properly break down fats into forms your body can use, so it has no choice other than to store them.

Today's toxic world calls for a radical new approach. My latest book Radical Metabolism (released August 28, 2018) addresses toxicity as a prime factor in chronic health problems such as Hashimoto's, type 2 diabetes, and others--tackling the problem at the level of the cell. Radical Metabolism brings back the healing power of bitters and "forbidden" fats that specifically repair cellular and mitochondrial membranes. The book addresses how to fuel three metabolically active tissues you didn't even know you had, each with different nutritional requirements.

Today, it is impossible to avoid all health-compromising agents, but with diligence and increased awareness, you can substantially reduce your exposure--starting right where you are. It is never too late! Regardless of your age, health status or situation, your body wants to be healthy and possesses an immense capacity for self-healing. Even small changes made consistently over time can make a world of difference.

Ann Louise Gittleman, PhD, CNS, is a New York Times bestselling author of more than 30 books, including the newly released Radical Metabolism. She is a time-honored nutritional visionary and trendsetter on the frontlines of nutrition. For more information, please visit her website.