Tomatoes Better Than a Pill for Heart Disease 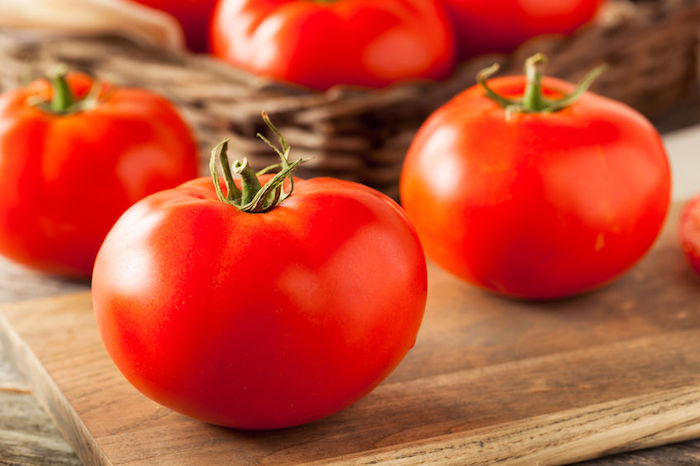 Western medicine has trouble recognizing the health and healing power of whole foods. Instead scientists engage in an endless quest to identify, isolate and extract components from foods and deliver them by needle or pill.

But a new study from Harvard and the University of California at Davis lends more support for the idea that a whole food is more powerful than the sum of its parts.[i]

In Western countries tomatoes are the richest source of dietary lycopene. And studies show there is a strong link between the amount of tomatoes people eat and the amount of lycopene in their blood.

These researchers asked whether taking lycopene supplements is as effective or even more effective than getting lycopene by eating tomatoes when it comes to heart health.

The researchers could find few studies that addressed the effect of tomatoes or lycopene on endothelial function. But one study did find that lycopene beat statins in improving blood vessel function.

In 3 of 5 lycopene supplement studies, 15 mg of lycopene for six to eight weeks lowered blood pressure in patients with stage 1 hypertension.

In three other studies, eating 200 grams (about one cup) of raw tomatoes for eight weeks lowered blood pressure in patients with type 2 diabetes. And although other studies didn't find the same benefits, the researchers speculated that tomatoes may be most effective for people with higher blood pressure rather than for those with relatively healthy levels to begin with.

And even though the data wasn't clear, the researchers indicated that tomatoes may still have an edge over lycopene supplements when it comes to blood pressure. That's because tomatoes provide several other essential nutrients and phytochemicals that support healthy blood pressure, including potassium and fiber. Tomatoes are also rich in vitamins C and A, beta-carotene, and lutein.

All in all, the researchers concluded that eating tomato based foods is a better first-line approach to lowering cardiovascular risk compared with lycopene supplementation, with the exception of blood pressure management.

It makes sense that whole foods are better because they contain a wide range of nutrients that work together and are better absorbed by the body.

While Americans get more than 85% of their lycopene in tomato products like ketchup, and tomato juice, sauces, and soups, other whole foods are also rich in lycopene. These include guavas, watermelon, red grapefruit, papaya, red bell peppers, asparagus, purple cabbage, mango and carrots.

In human studies, lycopene has also been shown to protect against many forms of cancers, including prostate, breast, endometrial, liver, lung and colorectal.

Foods rich in lycopene are also natural sunscreens preventing and repairing sun damage to the skin.

When enjoying tomatoes and tomato products you might want to cook your tomatoes. Processing and the addition of fats increase the bio-availability of the lycopene. And always choose organic. Organic tomatoes have been proven to be tastier and more nutritious.

Just one caution. Tomatoes belong to the nightshade family which can cause pain and inflammation for those who are sensitive. They even contain a compound known as chitin-binding lectin which share similarities to the the inflammatory substance in wheat known as wheat germ agglutinin (aka wheat lectin), so be careful when you eat them to monitor your responses.

Lycopene has been found to have over 40 potential health benefits. To learn more visit GreenMedInfo's page on lycopene. 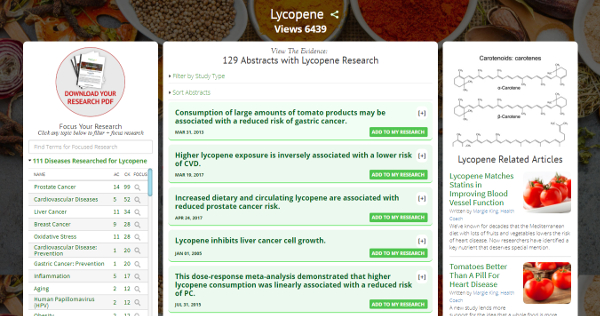