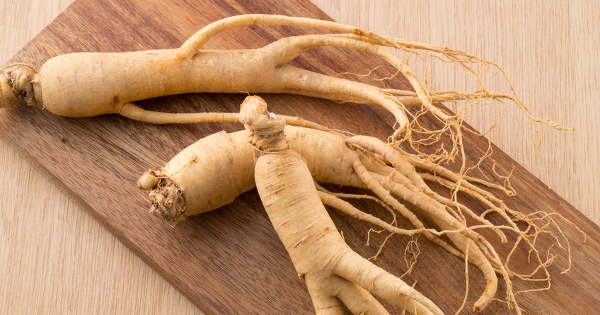 Ginsenosides, the main compound in ginseng root, have been well-researched for their immune-boosting, antioxidant and anti-inflammatory benefits. Researchers believe this powerful compound could present an alternative treatment method for a variety of health issues, including neurological disorders, erectile dysfunction and fatigue

Panax ginseng, often referred to as Asian or Korean ginseng, is a well-known and traditionally used herbal medicine touted for its numerous therapeutic benefits.

The main pharmacological compounds in Panax ginseng, called ginsenosides, have been studied for their anti-inflammatory and immune-boosting properties, but researchers have uncovered additional health benefits and believe that ginsenosides may be a safe, alternate treatment for a variety of medical conditions.[i]

Chronic inflammation, characterized as acute inflammation that lasts more than four weeks, can contribute to a variety of diseases like cancer and diabetes. Caused by persistent injury, toxic exposure, infection or autoimmune diseases like rheumatoid arthritis, as well as many other factors, including obesity and stress, prolonged inflammation can be deadly when not corrected.[ii]

Researchers have demonstrated that various ginsenosides can reduce chronic inflammation by suppressing the expression of proinflammatory cytokines in the body, effectively moderating the inflammatory response.

While inflammation is an important bodily response, reducing chronic inflammation through ginsenoside use help prevent inflammatory diseases early on and exhibit protective and anti-cancer effects.[iii]

2. Ginsenosides May Enhance Brain Function and Have Potential Neuroprotective Effects

Researchers discovered that ginsenosides may have a protective effect against neurological disorders and nervous system diseases such as Alzheimer's, epilepsy, depression and Parkinson's disease.[iv],[v] Conventional treatment of these disorders includes surgery or medication, but long-term use of medication is often not sustainable and can lead to drug poisoning, while surgery introduces the risk of infection and is not always successful.[vi]

While still in the early stages of study, researchers are eager to determine the exact mechanisms behind ginsenosides' strong neurological benefits.

Ginseng supplements, long believed to improve energy and physical health, are a promising treatment for fatigue, especially for those suffering from chronic illnesses or experiencing postoperative fatigue.[x],[xi]

In a randomized, placebo-controlled trial, researchers demonstrated that ginsenosides greatly improved fatigue levels in 174 participants after just four weeks of treatment, without any significant adverse effects.[xii]

These results could be due to improved energy metabolism, enhancement of mental clarity and suppression of oxidative stress, but researchers are still unsure as to the exact nature of ginseng's anti-fatigue properties.[xiii],[xiv]

One of the claimed health benefits of ginseng is improved sexual performance. In multiple studies, ginsenosides played a therapeutic role in the treatment of erectile dysfunction by increasing endothelial nitric oxide synthase expression, an enzyme important for vascular health, in corpus cavernosum tissue.[xv],[xvi]

Ginsenosides also increase secretions of luteinizing hormone, a hormone that signals the production of testosterone, and researchers have demonstrated that ginsenosides extracted from Asian Panax ginseng can increase testosterone levels.[xvii]

Similar studies also showed improved levels of sperm count and sperm motility, suggesting that ginsenosides may be a useful therapeutic tool for the treatment and prevention of male reproductive diseases or disorders.[xviii]

5. Ginsenoside Use Reduces Risk of Diabetes and Improves Hyperglycemia

Researchers have found that ginsenosides found in the extract of Panax ginseng have anti-diabetic effects, thanks to improved lipid and insulin sensitivity and regulated glycolipid metabolism.[xix]

In a report studying the root extracts of ginseng, researchers discovered that ginsenosides actually increase insulin production while decreasing cell apoptosis in pancreatic