Views 1002
Posted on:
Friday, February 12th 2021 at 11:45 am
Written By:
GreenMedInfo Research Group
This article is copyrighted by GreenMedInfo LLC, 2021
Visit our Re-post guidelines 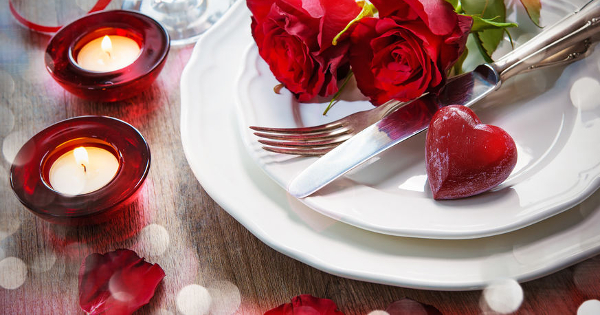 Are you looking forward to a romantic evening with your favorite person? Exploring the benefits of these all-natural aphrodisiacs could help warm up your celebration by lighting a fire within!

Saint Valentine's Day, observed on February 14 each year, marks a time for couples and hopeful romantics to express sentiments of love. Considered the most amorous holiday, Valentine's Day brings warmth to mid-winter by encouraging affection through gifts of chocolate, flowers and, especially, romance.

Named in honor of Saint Valentine, a Roman priest who secretly betrothed couples in defiance of a decree from the Emperor banning marriages and engagements, Valentine's Day is a license to explore your passionate side.

In anticipation of amóre, consider adding one or more of these all-natural aphrodisiacs to your daily health regimen. There is science to support their purported effects, which range from increased arousal to enhanced sexual function. And, they are all natural, without long lists of side effects to be concerned about. So, sit back, relax and unwind with your beloved and enjoy these top five natural aphrodisiacs for Valentine's Day -- or any day.

Do you consider your valentine to be the "apple of your eye?" This old, familiar saying makes more sense when you know the history: the apple has a long and storied past as a symbol of love.

In ancient cultures, a suitor would toss an apple to the object of their affection -- if it was caught, their coupling was assured. Other traditions called for gifting a young bride with an apple on her wedding night. Now, scientists have found validation for the fruit's esteemed place in such courtship rituals.

A study published in the journal Archives of Gynecology and Obstetrics found that eating an apple a day can boost sexual pleasure in healthy women.[i] Researchers postulate that the compound phloridzin, found in apples, may be responsible for these amorous effects.

Phloridzin, a natural phytoestrogen found in plants, is similar to the female sex hormone estradiol.

Of the women engaged in the study, those eating at least one apple per day reported higher levels of natural lubrication and sexual function, relating to enhanced satisfaction with their sex life.[ii] Apples have high concentrations of phytoestrogens, along with polyphenols and antioxidants, which help to enhance blood flow, another factor that may bring the flush of passion to your cheeks.

Maca, also known as Peruvian ginseng, is a traditional medicinal plant that is known for its aphrodisiac powers. Native to the Andes mountains of Peru, the root of the Maca plant has been used for centuries to enhance sexual drive, boost stamina and increase fertility. In modern times, researchers have investigated maca root for its ability to treat sexual dysfunction caused by SSRI-type antidepressants.

A clinical study examined a group of 20 outpatients, mostly women, with SSRI-induced sexual dysfunction. Subjects who consumed 3 grams per day of powdered maca root had a significant improvement in their sexual health scores, measuring both the pleasure of their experiences as well as sexual function.[iii]

The maca group also reported an enhanced libido.[iv] Subjects consuming only 1.5 grams of maca did not report such improvements, indicating the effects may be dose dependent.[v] Maca root's aphrodisiac qualities can benefit both women and men.

A clinical trial in 2009 treated 50 men with erectile dysfunction (ED) and found that after 12 weeks of treatment with 2,400 milligrams (mg) of maca powder or placebo, the group taking maca had a significant increase in erectile function and improved psycho-social performance metrics, such as how they feel about their sexual ability, both personally and socially. [vi] Researchers concluded that maca root extract can positively impact the overall well-being and sexual health of men with ED.[vii]

Cloves are the aromatic flower buds of the Syzygium aromaticum tree, native to Indonesia. Used today primarily for seasonal treats, cloves have been prized for centuries for their aromatic properties, and for medicinal and libidinal purposes as well.

A noteworthy study in 2004 led to increased interest in cloves as an aid in the treatment of male sexual disorders. Researchers found that male mice fed clove extract had increased sexual arousal, more control over ejaculation and shortened recovery time leading to increased frequency of sex.[viii] The rats experienced a significant and sustained increase in their normal sexual activity with no negative side effects.[ix]

An experimental study compared the sexual effects of a 50% ethanolic extract of nutmeg and clove with the erectile dysfunction drug Penegra, and found that the spice extract stimulated the mounting behavior of male mice and significantly enhanced their mating performance.[x] The all-natural spice extract achieved the aphrodisiac effects without toxic side effects.[xi]

The dried kernel of Myristica fragrans evergreen trees, nutmeg seeds are another Indonesian export with a long history of use in traditional medicine, including for the management of male sexual disorders. A 2005 study out of India validated this tradition by comparing the effects of nutmeg against the standard reference drug sildenafil citrate, a vasodilator used to treat erectile dysfunction.

Researchers found that a 500 mg (per kilogram of body weight) dose of nutmeg extract provided a significant and sustained increase in both libido and potency of male sexual activity.[xii] Effects included increased mounting frequency, longer bouts of sexual activity and decreased time before sex was resumed.[xiii]

Importantly, nutmeg extract enhanced erections and boosted sexual performance without adverse effects or toxicity. Nervous system-stimulating effects may be at the root of these benefits and provide a scientific rationale for the documented traditional use of nutmeg in the management of male sexual disorders.[xiv]

The final natural aphrodisiac on our list is one you may not have heard of, but the tuberous roots of Chlorophytum borivilianum (CB), known in India as safed musli, have been used to treat impotence and sterility, and enhance male potency, for centuries. This medicinal herb has therapeutic applications in Ayurvedic, Unani, homeopathic and allopathic systems of medicine, and is believed to possess immunomodulatory and adaptogenic properties.[xv]

A study on the effects of CB on sexual behavior and sperm count in male rats found that, compared with the effects of Viagra, CB extract had a marked aphrodisiac effect, increasing libido, sexual vigor and sexual arousal.[xvi]

After 60 days of supplementation with either 125 mg (per kilogram of body weight) or 250 mg of CB extract per day, sperm count increased significantly for both groups in a dose-dependent manner.[xvii] Researchers concluded that CB can be useful in the treatment of male sexual dysfunction, including low sperm count and premature ejaculation.[xviii]

Diabetes mellitus is a disorder affecting millions of Americans that can be a contributing factor in sexual dysfunction. In 2009, a group of Indian researchers tested CB on diabetes-induced sexual dysfunction and found that CB extract ameliorated such problems as low libido, premature ejaculation and delayed sexual recovery.[xix] Researchers concluded that CB could enhance the sexual function of diabetics and prevent hyperglycemic complications affecting sexual performance.