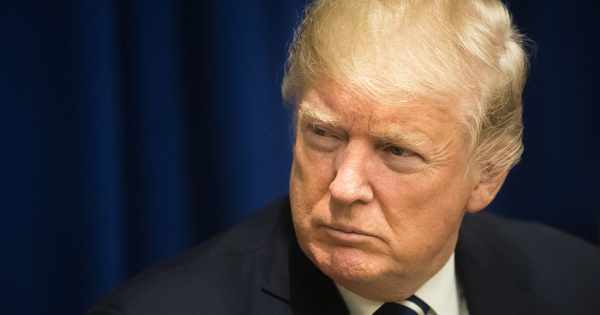 I've written and published two articles on the Water Reed doctors experimenting with drugs on the president of the United States. [1] [2]

Of course, major media ignore this stunning reality; they see nothing but "cutting-edge" treatments and "the finest medical care."

The two initial drugs were Remdesivir and Regeneron. A lack of immediate adverse effect does not rule out an ensuing impact on Trump's health.

Remdesivir, among its many listed effects, can cause serious kidney injury. Dr. Peter Breggin has written: "Fauci had to know from the beginning that remdesivir was a failed antiviral drug that would probably do more harm than good. An earlier, famous remdesivir trial for Ebola was stopped because remdesivir was causing a significantly higher mortality rate than other antiviral drugs in the same trial…"

Regeneron, the other drug Trump is taking, is one of a class of "antibody therapies." The often-cited adverse effect of this type of medicine is expanding infection.

The combined effects of these two medicines have never been studied in depth.

Nevertheless, the Walter Reed doctors treated the president of the United States with both of them. Their hypothesis seemed to be: if a little bit of medicine is good, a lot will be better.

Needless to say, this approach has never been backed by science at any time. It is reckless in the extreme.

And now we learn about a third drug, dexamethasone.

LA Times: "Like other steroids, dexamethasone can have significant side effects that could have an impact on Trump's ability to work. Those can include irritability, mood swings and trouble sleeping…" [3]

Note: It's not clear when dexamethasone was started. If it was administered after Regeneron, we could be looking at an attempt to reverse increased lung inflammation resulting from the effects of Regeneron. If true, this would be disturbing, to say the least.

And now, since the Walter Reed doctors are treating Trump with three drugs, they are ignoring the fact that the combined effects of these three have never been studied in depth. More reckless experimentation.

Naturally, any decline in the president's health will be attributed to "COVID-19," not the drugs.

Remember, the whole episode began with Trump's positive PCR test. I have spent many words refuting the relevance and reliability of the test.

A patient can read positive or negative, depending on which lab runs the test. The standards are not uniform.

The PCR test has NEVER been vetted by several necessary large-scale studies, which, in the real world, would show the test has multiple flaws. It should never be used for medical diagnosis.

But it is used, all over the world. And it was used to launch a sitting president into the hospital, where doctors have violated the most basic principles of the healing profession. They are endangering the president's health and life.

People who view "leading doctors" as unshakable symbols of good science, and avid Trump supporters who believe the president is far too brilliant to submit himself to these dangerous drugs…need to rethink their positions. If they dare.