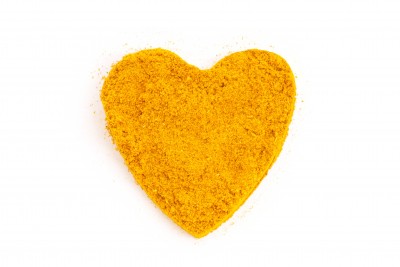 A remarkable study performed at Chiang Mai University, Thailand and published in the American Journal of Cardiology last July, found that the administration of curcuminoids, natural phenols within the spice turmeric, reduced the frequency of myocardial infarction (heart attack) after coronary artery bypass in a group of 121 patients randomly selected to receive a placebo or 4 grams a day beginning 3 days before the scheduled surgery and continued until 5 days after surgery.[i]

According to the study, "it is well established that myocardial infarction (MI) associated with coronary artery bypass grafting (CABG) predicts a poor outcome. Nevertheless, cardioprotective therapies to limit myocardial injury after CABG are lacking." The researchers hypothesized that since preclinical research shows curcuminoids decrease proinflammatory cytokines during cardiopulmonary bypass surgery and decrease the occurrence of cardiac cell death, they may provide a much-needed therapy.

The primary end point was the incidence of in-hospital myocardial infarction, which was found to be decreased from 30.0% in the placebo group to 13.1% in the curcuminoid group --  a 56% relative risk reduction.

The secondary end point was the effect of curcuminoids on C-reactive protein, plasma maondialdehyde, and N-terminal pro-B-type naturietic peptide levels, all of which were lower after treatment.

The study authors concluded: "we demonstrated that curcuminoids significantly decreased MI associated with CABG. The antioxidant and anti-inflammatory effects of curcuminoids may account for their cardioprotective effects shown in this study."

Curcumin is one of the world's most thoroughly studied and characterized phytocompounds, with thousands of studies published in peer-reviewed biomedical journals, and dozens of researched applications to cardiovascular health.  There are 34 studies on our database indicating curcumin's cardioprotective properties, 55 studies on its ability to down-regulate the Cox-2 enzyme, which is associated with inflammatory processes directly linked to the underlying causes of cardiovascular disease, and 205 studies indicating its antioxidant properties, which may confer protection against oxidative stress within the cardiovascular system.

Other relevant sections on our database linking curcumin to cardiovascular benefits are:

This is but a sampling of the relevant data we have indexed on curcumin's potential value to cardiovascular health, and only a fraction of the 500+ health benefits of curcumin, and the even larger set of experimentally confirmed health benefits associated with turmeric. To learn more about our Turmeric research project please watch the video below.