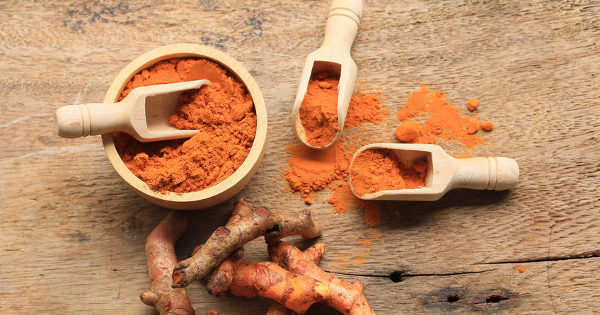 Psoriasis is a chronic skin condition affecting millions of people worldwide. Thanks to a recent study, turmeric, a spice prized by sufferers of chronic joint aches and pains, may become the go-to natural way to treat this irritating skin condition without risks posed by conventional psoriasis drugs

In a cooperative study performed by researchers at the Clinical Pharmacy Department at Azad University in Tehran, the Skin and Stem Cell Research Center in Tehran, and Kassir Dermatology in Dallas, Texas, turmeric, the golden-orange spice known worldwide for powerful anti-inflammatory properties, was found to be an effective treatment for psoriasis, a chronic, inflammatory skin condition that has no known cure.

The randomized, placebo-controlled clinical trial was conducted in late 2017, with the research paper being accepted for publication in the Journal of Cosmetic Dermatology in April, 2018. The findings provide another layer of evidence supporting the efficacy of holistic, diet and lifestyle-based interventions for autoimmune conditions.

According to the National Psoriasis Foundation, psoriasis is the most prevalent autoimmune disease in the United States.[1] It is estimated by the World Health Organization (WHO) that as many as 125 million people, or nearly 3% of the population worldwide, suffer from psoriasis.[2]

The WHO’s Global Report on Psoriasis defines the condition as “a chronic, noncommunicable, painful, disfiguring and disabling disease for which there is no cure.” An outbreak presents with raised, red, scaly patches that can appear anywhere on the body, most commonly on the elbows, knees or scalp. Lesions can cause extreme itching, stinging and pain, and may develop red papules and plaques. Severe cases can eventually lead to joint deformations and disability.[3]

The cause of psoriasis is not known making it difficult to treat effectively, although genetics is a causal factor. Researchers are exploring the role of the immune system, and while it is considered to be an autoimmune condition, the responsible autoantigen has not yet been defined.[4] Psoriasis can be provoked by external traumas like a bad sunburn or injury, as well as internal conditions such as infection, systemic drug use, and periods of stress. People of all ages can become afflicted, with onset most often occurring between 15-35 years of age.[5]

Psoriasis has further complicating factors, such as the fact that it is more common in individuals who have another autoimmune diagnosis. Additionally, psoriasis is associated with other serious health problems like arthritis, depression, heart disease and diabetes. While there is presently no known cure, research is ongoing. Most of today’s approved treatments attempt to control discomforting symptoms. Topical creams, systemic drugs like steroids, and more recently, phototherapy or light therapy, are often employed in concert to lessen outbreaks and soothe painful lesions. Thanks to the results of this cooperative study, there is a treatment option based on turmeric that has been shown to provide low-cost, safe, holistic medicine for this painful, chronic condition.

Turmeric’s bright yellow, biologically active component, curcumin, has been clinically shown to exhibit anti-inflammatory, antimicrobial, antioxidant, and anti-tumor properties, among other astounding benefits. In this study, researchers explored the use of turmeric tonic due to curcumin’s inhibitory effect on potassium channel activity in T-cells, a key factor in psoriasis. Their chief aim was to investigate the immune modulation and anti-inflammatory effect of turmeric tonic on scalp psoriasis using human study participants.

Study methodology involved recruiting forty patients with mild-to-moderate scalp psoriasis that were randomly allocated into two groups: a control and a case, or test group. Scalp tonics were bottled and presented so that the placebo and the active tonics appeared identical to both study groups; all participants believed they were receiving an active scalp tonic. The case group applied the turmeric tonic to their scalps twice per day for 9 weeks, whereas the control group applied the placebo or non-active tonic in the same manner.

Participants were evaluated at the start of the study to determine a baseline, and subsequently at 3, 6, and 9 weeks. Methods of evaluation were a questionnaire called the Dermatology Life Quality Index (DLQI), a physical examination of the scalp to determine Psoriasis Area & Severity Index (PASI) scores, as well as medical photos before, during and after the treatment period. All adverse effects were recorded and reported throughout the study, and patients had access to a 24/7 helpline during the trial. Four weeks of post-trial medical oversight were also provided.

The results of the study were highly encouraging for fans of natural, food-based medicine. Compared with placebo, turmeric tonic significantly reduced the erythema (reddening of the skin), scaling, and induration—the hard, fibrous aspect of lesions—as reflected in decreased PASI scores. Patients receiving turmeric tonic treatments also reported an improved quality of life, a highly significant metric considering that 80% of individuals with scalp psoriasis have reported a negative impact on quality of life due to the condition. No adverse effects from the turmeric tonic were reported. Overall, researchers concluded that the clinical effects of turmeric tonic on scalp psoriasis were satisfactory, and the tonic showed great potential in being a safe product for the treatment of mild-to-moderate scalp psoriasis.

"With treatment, patients experienced a significant decrease in erythema, thickness, and scaling of the scalp; an improvement in quality of life; decreased time consumption in drug application; and increased daily activity. It can be used alone or in combination with other treatments as an effective and safe therapeutic option with no adverse effects from long-term usage for scalp psoriasis.”

The study further elucidates the power of curcumin, the main bioactive component of turmeric, and its wide spectrum of biological actions, including the aforementioned properties, as well as antimutagenic, anticoagulant, antifertility, antidiabetic, antibacterial, antifungal, antiprotozoal, antifibrotic, antivenom, antiulcer, hypotensive, and hypocholesterolemic actions. Furthermore, safety evaluation studies have shown that both turmeric and curcumin are well tolerated at very high doses without any toxic effects. Thus, researchers asserted that “both turmeric and curcumin have the potential for the development of modern medicine for the treatment of various diseases.”

The study also referenced a previous clinical trial that showed promising results using a topically applied turmeric gel (1% curcumin in an alcohol-based gel preparation) in comparision to a control group who received a conventional treatment of calcipotriol, a synthetic vitamin D analogue:

"In a clinical study by Heng et al. (2000)17, it was reported that five of ten patients had 90% resolution of psoriasis after 2-6 weeks of treatment with curcumin gel, and the rest of the patients had 50%-85% improvement after 3-8 weeks of treatment. Curcumin was found to be more effective in reducing PhK levels when compared with calcipotriol, a vitamin D3 analogue, in cases of psoriasis. The resolution of psoriasis in the curcumin-treated group was superior in comparison with the calcipotriol or untreated group."

Some studies suggest that cooperative approaches such as light therapy can be employed without the high-cost of specialized treatment facilities. In 2011, researchers published a paper on the low prevalence of psoriasis among children and adolescents in Southern California, where sun exposure is higher than in more temperate cities. A 2017 pilot study experimented with high-dose vitamin D as a potential treatment for vitamin D-deficient psoriasis patients, finding that it significantly improved lesions. Because Vitamin D deficiency is implicated in the pathophysiology of autoimmune responses, these findings may be applicable to other autoimmune disorders.

Other holistic topical treatments for psoriasis have shown promise, including B-12 cream infused with avocado oil, aloe vera gel, and honey. A gluten-free diet can lead to significant improvements for some sufferers, with many psoriasis patients displaying elevated sensitivity to gluten and evidence of celiac disease-associated antibodies in the bloodstream. Homeopathic treatments have shown promise for many sufferers, while mainstream medications like cholesterol-lowering drugs have been linked with increasing outbreaks of skin disorders, including eczema, ichthyosis and psoriasis.

The more “modern” our approach to medicine, the more commonly we find that pharmaceutical drugs create more problems than they cure. If you or a loved one suffers from psoriasis, we encourage you to discuss the numerous clinically tried-and-true natural, food-based options for relief. They are safe, effective, and may provide the soothing of body and mind that comes when you adopt a clean, green lifestyle. 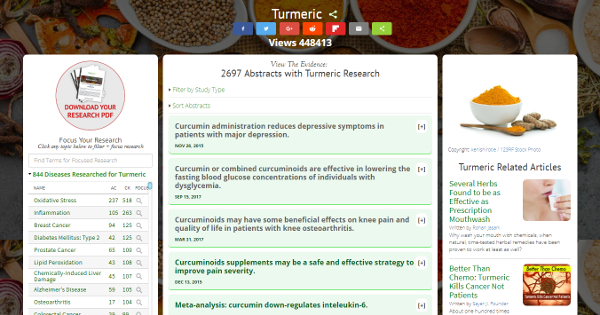