Few, if any, plants have been revered as thoroughly -- by the religious and scientific community alike -- as a healer of the human body, mind and soul, as beautiful turmeric

It could be written off as an overly imaginative cultural oddity that ancient Indians understood turmeric to be the physical essence of the Divine Mother -- a botanical embodiment of compassion and healing. After all, nothing in the known biochemistry of this common spice plant lends itself to so gratuitous a characterization, does it?

It turns out that even modern science now confirm that this 'curry' spice has therapeutic properties relevant to well over 600 different health conditions, and may therefore bestow on those who take it significant protection from many common causes of human suffering. Some of the more amazing examples are its ability to reverse aspects of dementia (Alzheimer's disease), replace Prozac, prevent type 2 diabetes, produce cardiovascular benefits as significant as exercise, including preventing post-bypass heart attack by 56%, heal the diabetic liver, kill lethal pancreatic cancer, and help kick painkillers to the curb for osteoarthritis and rheumatoid arthritis, while giving at least a dozen more pharmaceuticals a run for their money. While these examples are not proof of 'divine' benevolence, they certainly raise some interesting questions, not the least of which is how any substance could be so well suited for improving human physical and mental health with such a depth and breadth of effectiveness.

The author has personally reviewed the majority of the biomedical abstracts on turmeric and its primary polyphenol curcumin, available to view on the National Library of Medicine's bibliographic reference database known as MEDLINE (and searchable through engines like Pubmed.gov), and has been awed by how diverse and powerful this spice is for addressing the broad range of diseases and/or disease symptoms that commonly afflict our species.

One of the novel findings that emerged in the author's comprehensive review of turmeric is that it can beneficially modulate over 175 distinct physiological actions, many of which operate upon traditional pharmacological pathways, e.g. interleukin-6 down-regulator, apoptotic, cyclooxygenase inhibitor, etc. During the indexing process the image emerged of a many-armed Indian Goddess, due to how diverse, intelligent and simultaneous are this spice's healing gifts.

In fact, from the perspective of monochemical-oriented pharmacology, a drug with more than 10 simultaneously therapeutic actions, and without the vast array of adverse, unintended side effects commonly associated with novel, patentable chemicals, turmeric would represent an impossible, miraculous entity, which if patentable, would generate more revenue than all the blockbuster drugs on the market put together. Instead, sadly, most pharmaceuticals have dozens of side effects that are often more powerful than the purported therapeutic properties they possess.

Amazingly, a 2012 article published in the journal Nutrition and Cancer discovered that when a type of cancer cell (retinoblastoma) was exposed to the turmeric polyphenol curcumin, it altered the expression of over 2,000 genes! The authors describe the remarkably broad changes:

"We identified 903 downregulated genes and 1,319 upregulated genes when compared with the control cells after treatment with 20 μM curcumin concentration for 48 h."

The amount of information that would be required to alter the expression of such a wide range of genes in a way that actually inhibited the viability of the cancer cells is staggering, and likely a reflection of a higher order level of intelligence that our present day theoretical and empirical scientific frameworks are not equipped to fully comprehend.

Is Turmeric Simply A Biochemical Entity, or Does it Contain "Intelligence" and "Compassion"?

After some reflection on the mass of data that accumulated on turmeric's ability to alleviate suffering, the question emerged: are these many "evidence-based," scientific studies really just exoteric descriptions of "compassion" and "intelligence"? Are we now rediscovering through the optic of modern science -- albeit through the reductionist and animal sacrifice-based (vivisection) methodology of empirical science -- the "spirit" of herbs like turmeric, whose very existence represent a kind of surplus of benevolent, regenerative energy that permeates the universe, bestowing its grace upon its inhabitants/creations? Is this not what the ancients meant, or saw, when they described the spice in Sanskrit as "Gauri" ("The One Whose Face is Light and Shining") and "Kanchani" ("Golden Goddess")? 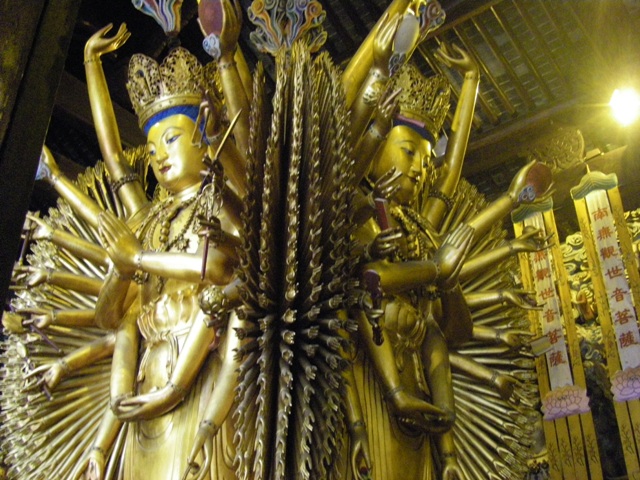 Our turmeric database on GreenMedInfo.com (and by "our" I mean yours, as well, as this is an open source project) now contains the world's largest archive of biomedical data on the subject of turmeric's medical value in one place, and includes voluminous research on turmeric's potential to prevent and/or treat multi-drug resistance cancers, chronic degenerative conditions, neurological problems, depression, serious infections, as well as hundreds of other diseases. Please share this information with others, especially those who need an "evidence-bridge" connecting ancient healing wisdom with the modern scientific approach.