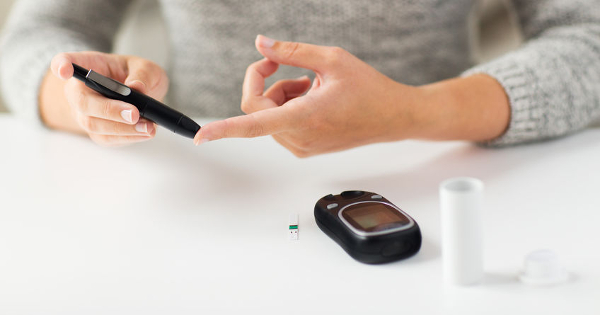 Type 2 diabetes is curable if you ignore your doctor’s advice. Diabetes is not the hopeless disease that most doctors would have us believe it is though it is a long losing battle if you walk the trail western medicine wants you to travel.

Like all the chronic diseases, the western medical establishment does not want you or your doctor to become conscious of the real causes of diabetes and it certainly does not want you to receive treatments that will prevent diabetes from destroying your life.

Hard but true words to define the nature of most diabetic care. One out of three Americans now alive will have the diagnosis before they die writes Dr. Mary Vernon so it is incredibly important for us to understand what causes diabetes and what to do about it.

There are doctors who do cure diabetes and how do they do it? The first thing such doctors understand is that diabetes is inflammatory disease caused by a combination of factors including stress, chemical and heavy metal toxicity, radiation exposure, magnesium, iodine and bicarbonate deficiencies; and nutritional imbalances focused on excessive carbohydrate intake that all come together to burn down the cellular house in slow motion. Sugar excess and dehydration work to create inflammation in the body and this starts a long process that ends up with people facing major diseases including cancer.

“Monitoring of blood-sugar levels, insulin production, acid-base balance, and pancreatic bicarbonate and enzyme production before and after test exposures to potentially allergic substances reveals that the pancreas is the first organ to develop inhibited function from varied stresses, writes Dr. William Philpott and Dr. Dwight K. Kalita in their book Brain Allergies.

Dr. Lisa Landymore-Lim in her book Poisonous Prescriptions explains how many drugs used by the unsuspecting public today, are involved in the onset of impaired glucose control and diabetes. It is easy to provoke diabetes in experimental animals with heavy metals like arsenic, mercury and even fluoride. People are being poisoned with foods full of pesticides, herbicides, preservatives, food additives and mercury, just to mention a few poisons that plague just about everyone on earth.

It has been noted that we are receiving through our air, water and food about a microgram of mercury a day. Sounds like very little until you calculate that a microgram contains 3,000 trillion atoms with each of them holding the potential to deactivate insulin and the receptor sites crucial to their function.

Many of us cannot process these levels of toxicity especially when we are deficient in basic minerals, which help us deal with mercury toxicity. Moreover, when we are given toxic medicines like Tylenol and antibiotics, both of which decrease the body’s ability to detoxify mercury, we have serious problems starting with autism and other serious diseases developing. Therefore, mercury toxicity is not always a question of if you were exposed to mercury. It can be a question of how well your body eliminates the mercury that comes in.

A study published by the American Chemical Society showed that mercury is capable of suppressing insulin secretion of pancreas cells through a ROS-triggered pathway. Mercury-induced oxidative stress causes pancreatic beta cell apoptosis and dysfunction.[1] If one does not understand the Hun Hordes of Mercury story one cannot truly understand diabetes. In 2006, the American Chemical Society published research that showed conclusively that Methylmercury Induces Pancreatic Cell Apoptosis and Dysfunction.[2]

Magnesium is Essential for Diabetics

A study published in the journal Clinical Nutrition from a team of Brazilian researchers has found that low levels of magnesium worsen the symptoms of type 2 diabetes, as this often results in low levels of insulin and elevated blood sugar. A diabetic’s ability to control blood sugar levels is directly tied to their magnesium levels, as the mineral plays an important role in insulin receptor cells.

Over 68% of the U.S. population is magnesium deficient, and up to 80% of Type 2 diabetics are deficient since they waste more magnesium than others due to out-of-control blood sugar levels. These estimates understate the problem since the tests used to measure magnesium are blood not cellular levels of this vital mineral. People with diabetes waste more magnesium due to increased urination from elevated and fluctuating blood sugars and so need to replenish their magnesium stores constantly.

Doctors, who prescribe high dose iodine therapy for other diseases, such as breast cancer, are finding that iodine can lower insulin and oral anti-diabetic drug requirements in their diabetic patients. Dr. Michael Donaldson says, “Iodine stabilizes the heart rhythm, lowers serum cholesterol, lowers blood pressure, and is known to make the blood thinner as well, judging by longer clotting times seen by clinicians. Iodine is not only good for the cardiovascular system, it is vital. Sufficient iodine is needed for a stable rhythmic heartbeat. Iodine attaches to insulin receptors and improves glucose metabolism. Iodine and iodine-rich foods have long been used as a treatment for hypertension and cardiovascular disease.”[1]

When the pancreas loses the ability to produce enough bicarbonate essential for the pancreatic enzymes to function properly, undigested proteins penetrate the bloodstream inducing allergic reactions and inflammation.

A study published in the journal Diabetologia said that a diet of just 600 calories a day reverses diabetes. After one week on the diet, diabetes patients saw their blood glucose levels return to normal, indicating their diabetes had gone into remission.

Similar reversals of diabetes immediately after gastric bypass surgery. Researchers at Newcastle University in the United Kingdom are now showing that a quick resolution of diabetes, especially in its early years, is possible through diet alone though it helps enormously if we supplement with magnesium, iodine, bicarbonate and sulfur.

The patients adhered to a liquid-based diet consisting of meal replacement drinks. It also included three portions of non-starchy vegetables per day. The diet lasted for eight weeks. After seven days, the participants’ blood-glucose levels were comparable with those of people who did not have diabetes.

Eating meat can also be a cause and a cure, if you stop eating it, to diabetes. Dr. John McDougall insists, quite convincingly, that the food we were born to eat is starch. He insists correctly that you are not going to cure a diet-based disease with a pill or surgery. When you fix the food, you fix the problem.

The findings may only apply to people who have not had diabetes for a long period—the participants had diabetes for less than four years prior to the study. The point though is that liquid fasting with vegetable and fruit juices, or better yet, juices loaded with great tasting Rejuvenate with its spirulina and chlorella backbone and loads of combine organic superfoods, provides real medical miracles.

“What we’ve found is white rice is likely to increase the risk of type 2 diabetes,” said Dr. Qi Sun of the Harvard School of Public Health. In the studies carried out in China and Japan, those who ate most rice were 55% more likely to develop the disease than those who ate the least. White rice, white sugar, white bread and white pasta are white because they are stripped of their minerals (magnesium), vitamin and fiber content. These are poisonous foods because they cause magnesium deficiency.

Alpha Lipoic Acid has several benefits for people with diabetes. Dr. Bert Berkson says, “An alarming number of adults, even adults in their 20s, suffer from a pre-diabetic state. The high-carbohydrate, high-sugar diet that is so popular in America overloads the body’s response to sugar. This has the effect of altering the body’s use of insulin, the hormone that controls blood sugar levels. A lot of research has focused on ALA’s ability to stimulate the insulin response and get people back to normal blood sugar levels. I’ve seen fantastic results using ALA to reverse all stages of diabetes.” ALA also chelates mercury.

Lipoic Acid is soluble in both fat and water. It is capable of regenerating several other antioxidants back to their active states, including vitamin C, vitamin E, glutathione, and coenzyme Q10. ALA. It enhances glucose uptake in type 2 adult onset diabetes, inhibits formation of AGEs (advanced glycation end products). Lipoic Acid has been used to improve diabetic nerve damage and reduce pain associated with that nerve damage.

Professor Mike Cawthorne and the pharmaceutical giant GlaxoSmithKline believe that plant-based medicines might be the way to approach the treatment of diabetes. The particular plant they are studying is marijuana. Cannabis is an excellent anti-inflammatory that lacks the side effects of steroids, the NSAIDS, and the COX-2 inhibitors like Vioxx. This anti-inflammatory action may help quell the arterial inflammation common in diabetes.

Cannabidiol (CBD) arrested the onset of autoimmune diabetes in NOD mice in a 2007 study. Researchers at Hadassah University Hospital in Jerusalem in 2006 reported that injections of 5 mg per day of CBD (10-20 injections) significantly reduced the prevalence of diabetes in mice from an incidence of 86 percent in non-treated controls to an incidence of only 30 percent.

Cinnamonas a treatment for diabetes gained plausibility in 2003, when a study from Alam Khan suggested several grams of cassia cinnamon per day could lower fasting blood glucose. Khan randomized Type 2 diabetes to 1g, 3g, or 6g of cinnamon for 40 days. All three groups improved their fasting blood glucose, and blood lipid levels.

The above is not an exhaustive list of safe and effective medical interventions that can help diabetics recover from their disease. It really is a choice. One can trust the present medical establishment and just follow doctors’ orders. However if one does that it really is like going to a gas station and the attendant puts water in your tank and gasoline in the oil reservoir. I imagine one can join with doctors in their fantasy of treatments but one will pay a high price.

If one is willing to put their back into making the changes necessary on dietary levels and uses and smart protocol, to back up their efforts, one can turn ones back on a lifetime of suffering. It pays to add to the above the process of flooding the body with hydrogen water, to add warming infrared treatments and to improve the blood profile with nasal infrared laser treatments.

For additional research on natural, evidence-based intervensions for Type 2 Diabetes, visit the GreenMedInfo database on the subject. 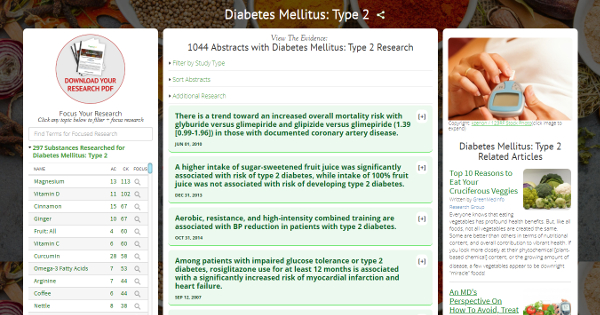