The Unsettling of Greece

Views 1548
Posted on:
Wednesday, November 18th 2015 at 6:45 pm
Written By:
Evaggelos Vallianatos
This article is copyrighted by GreenMedInfo LLC, 2015
Visit our Re-post guidelines 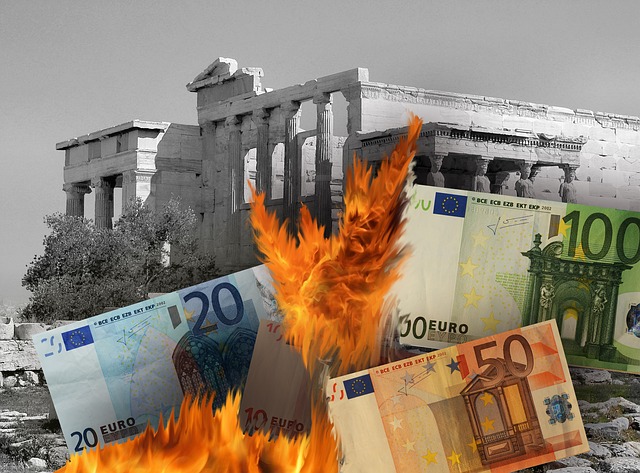 The crisis in Greece far exceeds the country's crushing debt problem. This is a crisis of values that, ultimately, will judge the fate of Western civilization.

The Trojan Horse of the Green Revolution

The agricultural policy of the European Union has always been to industrialize the farming of all Europe, including Greece. But some Greek farmers used the money for building homes and buying cars. Nevertheless, the harm was done. Enough farmers followed the EU-US model that they undermined Greek agrarian culture. The entire country was inundated by foreign images of a good life based on living in the cities and abandoning farms to those trained by the technicians of the EU and the US. Those technicians trained Greek professors of agriculture, who trained a generation of aspiring "modern" farmers.

With the horrors of the German occupation, 1941-1944, and civil war, 1945-1949, fresh in their minds, Greeks welcomed this new vision of agriculture, the high tech export of the EU and America. At least, it promised immediate results: end of the drudgery of agricultural work and more food. Shining machinery and the products of petroleum chemistry would bring about a green revolution.

So what did Greece get from its faith in the EU and America? Greece received a toxic bomb in the form of farming based on petroleum-using machinery and toxic chemicals. The green revolution was by no means green.

Gradually, Greece replaced millennial agrarian methods of raising food. Many peasants left their villages for the crowded cities. And those who stayed on for the cultivation of the vine, the olive tree, and taking care of flocks of sheep and goats have been having difficult times.

But the worst thing the foreigners did was to convince Greece to abandon its autarkeia or food self-sufficiency. Now all Greeks eat almost tasteless bread made from largely imported wheat. This is no small change if we remember Demeter, sister of Zeus and goddess of the Earth. She was the wheat goddess of Greece for millennia. The Eleusinian Mysteries, the greatest religious celebration of Greece, honored Demeter and her daughter Persephone, goddess of the harvest.

I keep complaining to my sisters in Greece about finding better bread, but, they tell me, no one bakes his / her own bread anymore. This is a violent attack against Greek culture.

No wonder the merchants of toxic sprays feel at home in Greece. The propaganda of the foreign pesticide companies selling their toxic stuff to Greece has bamboozled the Greeks to think of the biocides as phatmaka, medicines. Not calling things by their real names, however, has consequences.

I asked a shepherd if he sprayed his olive trees with insecticides. "Yes," he said. "But each time I spray them with pharmaka I see dead birds under the trees." And what do you do? I asked him. "Nothing, I keep spraying," he said.

This man, and by implication others, have lost their traditional knowledge and respect for the natural world. The shepherd saw no wrong in poisoning birds. In fact, I am not convinced he connects the dots between his insecticides and the dead birds. He probably is convinced he is spraying harmless and beneficial medicines.

The result of these irresponsible policies is an increasingly unhealthy environment for both people and wildlife in Greece. Pesticides threaten amphibians and birds all over Europe, including Greece. The Hellenic Ornithological Society castigated the irresponsible use of illegal pesticide baits killing "indiscriminately" "rare and protected species [of birds]."

I did not see any birds, or, sometimes, very few birds, in my travels through the Greek islands of Cephalonia, Ithaca, Aegina, and Melos. Farmers and officials admit that hunting and pesticides doom the birds. I was so disturbed by the absence of birds I talked to government bureaucrats who blamed the economic crisis for the increasing environmental abuse of the farmers. "No one of us inspects what the farmers do," they said.

Like other pesticide-addicted countries, Greece also pays the ultimate price of many Greeks dying of cancer and other debilitating diseases. Exposure to pesticides in agricultural regions of Greece, according to a recent study, leads to cancer.

The Greek beneficiaries of foreign subsidies and technologies like pesticides did not understand the subversiveness of those EU and US "gifts." They launched Greece into a delusion of modernity and a corresponding labyrinth of pretense of self-government while foreigners acquire its valuable assets.  Because of the country's debt, Greek assets include, potentially, the country's archaeological treasures and, with certainty, harbors, airports, and electricity, water, telephone, and mining companies and public lands.

This means foreign money and gifts successfully stopped Greece from producing what the country needs for a healthy, independent, and honorable life. By the early twenty-first century, the state funded almost everything out of borrowed funds. The best of Greeks left the country.

Those Greeks who stayed in Greece were brought up on a diet of the supremacy of the non-Greek. Coca-Cola replaced local orange juice and lemonade. I still remember drinking orange juice in recyclable glass bottles during the 1950s and early 1960s. Now, in 2015, Cephalonia and Greece are the poster children for unhealthy soft drinks in plastic bottles, including water sold in plastic bottles. These plastic bottles and plastic bags have become emblematic of the cancer-like modern condition of Greece: a country completely subservient to foreign artifacts. One sees plastic stuff everywhere.

Following on the "success" of Coca-Cola and plastic bottles, the Greek government put out of business most Greek manufacturing of cars and other small industries.

Meanwhile, the defeated communists received legal status in the early 1980s by the American-educated "socialist" prime minister Andreas Papandreou. Since then the communist parties have been agitating in the open against the Greek ideal, including the existence of an independent national Greek state. They joined forces with American-inspired non-profit organizations promoting globalization. Suddenly, being a proud Greek became somehow questionable, nay, example of unforgivable nationalism or chauvinism.

The Greek department of education started issuing textbooks for elementary and secondary school students in which Greek history did not have the luster or credibility of old. Greek children could read that the Turks, suddenly, were friends of the Greeks. Past Turkish atrocities and genocides against the Greeks became garbled. However, Turkish military aircraft have been violating Greek air space on a daily basis for decades. In such air of uncertainty storeowners gave foreign names to their shops.

America was behind such a radical remaking of Greece. Despite facts to the contrary, America insists Greeks and Turks have to play together for the benefit of NATO, the military organization for American hegemony in Europe.

America is happy seeing Greece as a little country only good for tourists. Today, in 2015, not a small number of Greeks are ashamed of being Greek. Anti-Greek propaganda worked in Greece.

I came face to face with this ugly reality in my bus traveling from Cephalonia to Athens. A young Athenian mother sat next to me. In due course, she said she had never visited any of the museums in Athens, save the military museum. She was a graduate of the university of Athens. "I don't want anything to do with ancient Greek culture," she said.

I was thunderstruck. I never expected such shameful and unpatriotic feelings from a Greek. "Where have you been," I asked myself.

But post-WWII Greek politicians stayed away from the most famous of those ruins, the Parthenon. They learned American English instead and Americanized their country so thoroughly that sometimes in my travels in Greece I don't know if I am in America or Greece.

Prime minister Alexis Tsipras comes from this black hole in Greek culture. He is simply the fruit of decades-old non-Greek and anti-Greek education and developments in Greece. Tsipras feels disconnected to the ideals of Greece. He is not willing to defend the independence and sovereignty of Greece. This is bad for both Greece and the Western world.

The crisis in Greece far exceeds the country's crushing debt problem. This is a crisis of values that, ultimately, will judge the fate of Western civilization. Is it appropriate to allow bankers punish entire populations and countries because of the corruption of a few borrowers and lenders? Second, is it not a crime to demolish millennia-old agricultural civilizations that fed and satisfied people? And given we live at a time of global warming and ecological calamities and mass extinctions[1] threatening the Earth, is it wise to use the excuse of debt repayment to divert the Greeks from rebuilding their country in ways that protect their ancient civilization and the natural world?

Greeks, of course, have the chief responsibility to protect their country and civilization. Above all, they must return to their agrarian traditions of raising their own food without poisons. Filling up their villages again would be a real NO to the thoughtless and hazardous policies of the recent past. Turning to solar power would be another step in regaining their political independence from the debt bankers of the EU and US.

America and the West are also duty-bound to offer Greece a helping hand. I say this reluctantly because these potential helpers of Greece have also been its tormentors.

[1] Rosemary A. Mason, "The sixth mass extinction and chemicals in the environment: our environmental deficit is now beyond nature's ability to regenerate," Journal of Biological Physics and Chemistry, 15 (2015) 160-176.