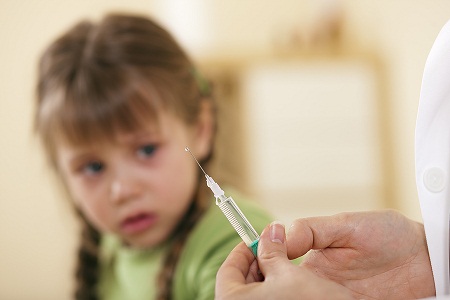 Two U.S. states already have laws allowing children to consent to vaccines -- CA and NC -- and this could become a trend around the country, as more state legislatures, TX and NY to be specific, have introduced similar bills. Now, New York legislators are revising their prior attempt with House Bill A497, which would allow children to consent to vaccination, a procedure that comes with a risk of permanent disability and death (Google the "National Vaccine Injury Compensation Program"), for sexually transmitted diseases.

If this strikes you as wrong at a gut level, you'll be pleased to know that it also violates numerous state and federal laws. But let me be clear: State legislators can pass any law so long as they get the votes, whether it's Constitutional or not, because a law is not officially "unconstitutional" until a court says so. In other words, that oath that state legislators take to uphold the state and federal Constitutions? That's just a formality required of newly elected officials before they can start working. The practical reality is that that oath doesn't actually mean anything. For example, when confronted with the fact that the NC child consent law, which allows children of any age to consent to vaccinations and other medical treatments, violates four state and federal Constitutional provisions and an additional four state and federal statutory provisions, and that the reason for which it was supposedly passed was already fully addressed by other existing laws (that are Constitutional), my state senator replied: "I can't help you. We have UNC Hospitals in our district." (What the...?!)

And that's not an isolated case. The states of WA, OR and CA have all revised their school exemption statutes in a manner that violates First Amendment "free exercise of religion" boundaries. Regardless of what you think about vaccines, we should all be very concerned when legislators persistently ignore the Constitution. Once the Constitution becomes meaningless, we no longer have a democracy, we have a police state - in this instance, a vaccine police state.

My response to the NY state legislature's revision of their vaccine child consent law was to write a letter to them addressing serious Constitutional and other conflicts with this proposed law. A copy of that letter and a fully referenced Legal Memorandum are posted at the Vaccine Rights website here.

RE: A497, specifically, the administration of vaccines to minors for sexually transmissible diseases without a parent's or guardian's consent

On behalf of the citizens of the Great State of New York, A497a violates numerous federal and state Constitutional provisions and statutory law. For these reasons, this bill should be withdrawn.

For all of the above reasons, this bill should not be enacted into law.

Respectfully Submitted at the request of,
and on behalf of, concerned citizens
of the Great State of New York,

For a more complete explanation of the above, see the Legal Memorandum at the Vaccine Rights website here.

Alan Phillips, JD, a leading Vaccine Rights attorney, advises clients and other attorneys nationally regarding vaccine exemptions and waivers for school, college, work, the military, immigration, vaccine custody disputes, and newborn infants. Alan assists with vaccine legislation nationally, is a host or co-host of 2 weekly vaccine radio shows, and is the author of The Authoritative Guide to Vaccine Legal Exemptions, the only in-depth, authoritative information about your vaccine exemption and waiver rights in the U.S.