Views 1964
Posted on:
Thursday, February 7th 2013 at 5:00 am
Written By:
Heidi Stevenson
This article is copyrighted by GreenMedInfo LLC, 2013
Visit our Re-post guidelines

A completely useless, frankly stupid, study shows that Vitamin D 'fails' to lower cholesterol – but the idea that it would lower cholesterol never made sense in the first place, which the researchers should have known. 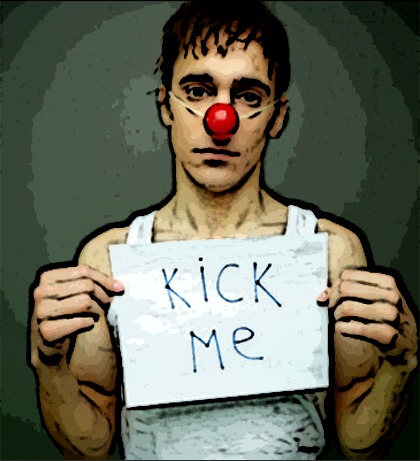 In the latest example of wasting the taxpayers' money on junk science, we're being regaled with the fact that Vitamin D "fails" to lower cholesterol. Are you worried? A little bit concerned? Let's hope not, because this is nothing but the latest attempt to discount the truth about vitamins in general and Vitamin D in particular.

First, we should ask: Why would anyone expect that taking Vitamin D would lower cholesterol? What kind of pseudo science would bother with such an investigation? It seems that the researchers don't understand a basic bit of cholesterol and Vitamin D metabolism.

Cholesterol is required to manufacture Vitamin D. So, if Vitamin D is provided in a pill form, why would anyone expect cholesterol levels to be affected? It makes no sense. In fact, the study managed to demonstrate exactly what one would expect: Taking Vitamin D has no discernible effect on cholesterol levels, whether your concern is LDL, HDL, or triglycerides (which aren't cholesterol, anyway).

Though this pseudo study would have you believe that Vitamin D is useless, the truth is completely different. In fact, people with low levels of D have 77% more heart disease than those who have only moderate levels. That should be the real eye-opener for these researchers. In combination with their useless study, it demonstrates the fact that Vitamin D improves heart health without having any effect on cholesterol.

Vitamin D is so good for overall health, it has also been shown to cut the rate of influenza by half. Vitamin D is one of the most important substances to have in your body. Don't be fooled by absurd studies claiming that it doesn't provide benefit. They're meant to mislead by directing attention away from its benefits so that Big Pharma and doctors can keep increasing their profits from your bad health.

Who Funded This Pseudo Science?

Who paid for this junk science? This complete waste of money was funded by the National Center for Advancing Translational Sciences (NCATS). Not familiar with them? Perhaps you know the agency they report to: the National Institutes of Health (NIH). Who pays for the NIH, and therefore also pays for NCATS? The taxpayers of the USofA, of course.

This study serves only one purpose: propaganda. There was no reason to even do such an absurd study. Aside from the fact that the results should have been obvious, there is the equally obvious and important point that cholesterol is not a disease! Cholesterol is an absolutely necessary substance needed by every cell for survival. It isn't the enemy that the NIH would have us believe.

The people are forced to fund useless studies that serve no purpose beyond providing support for propaganda designed to further move control of our health into the hands of Big Pharma, Big Medicine, and the rest of those who profiteer off the people's bad health.

We, the people, are being treated as if we were clowns carrying "Kick Me" signs!