Vitamin D: How Much, And What Are Its Benefits?

Views 8689
Posted on:
Sunday, June 10th 2012 at 5:00 am
Written By:
Orthomolecular News Service
This article is copyrighted by GreenMedInfo LLC, 2012
Visit our Re-post guidelines 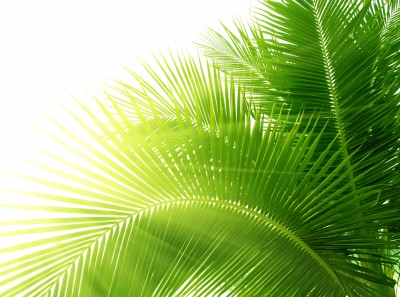 (OMNS April 10, 2012) The biggest vitamin D story in 2011 was the report on dietary reference intakes for calcium and vitamin D from the Institute of Medicine (IOM) [1]. This report was prepared during a two-year process by 14 nutrition experts, with funding from the U.S. Food and Drug Administration and the National Institutes of Health and Health Canada. The committee reviewed the evidence for beneficial and harmful effects of vitamin D, relying solely on randomized controlled trials (RCTs) of its liking for benefits, and prospective cohort studies for adverse effects. RCTs were considered to have the highest quality, with observational studies of moderate quality and ecological studies of very low quality. However, the case can be made that since solar UVB is the primary source of vitamin D for most people, observational and ecological studies are the most relevant and therefore are of high quality, and in fact, have provided most of the information on the health benefits of vitamin D. However, the committee appeared to have a bias of excluding RCTs on such outcomes as cancer and influenza incidence and effects during pregnancy that were not in line with its eventual recommendations. The only benefit the committee found for vitamin D was for bone health. The committee recommended 600 IU/d vitamin D and a serum 25(OH)D concentration (a precursor to the active form of vitamin D) of 20 ng/ml (50 nmol/l) for those aged 1-70 years, and 800 IU/d for those 71 years or older. One-third of Americans have serum 25(OH)D concentrations below 20 ng/ml. The consensus from a wide variety of studies for the optimal concentration is at least 30 ng/ml and more likely over 40 ng/ml based on observational studies. The committee also noted that some prospective studies found increased risk of some health outcomes for higher serum 25-hydroxyvitamin D [25(OH)D] concentrations. However, such studies are bedeviled by changes in serum 25(OH)D concentration during the follow-up period since only one value from the time of enrollment is used.

This report has been severely criticized by the vitamin D research community, with over 125 journal publications to date disagreeing with the recommendations. A representative paper stated: "The IOM recommendations for vitamin D fail in a major way on logic, on science, and on effective public health guidance. Moreover, by failing to use a physiological referent, the IOM approach constitutes precisely the wrong model for development of nutritional policy." [2]. The case could be made that the IOM committee, by setting the recommended dose so unreasonably low, is putting the U.S. population at greatly increased health risk. Further, much of the rest of the world's countries look to the IOM report for guidance, placing a major portion of the world's population at risk.

More recently, a committee of the U.S. Endocrine Society comprised of vitamin D researchers reviewed the evidence and issued their recommendations. They considered both skeletal and non-skeletal effects. They recommended 600-1000 IU/d vitamin D for those aged 1-18 years and 1500-2000 IU/d for those aged 19 years or older [3]. These doses are preferable because they have a reasonable likelihood of raising serum 25(OH)D concentrations above 30 ng/ml (75 nmol/l).

Meanwhile, the evidence of beneficial effects of vitamin D continues to grow. One RCT ignored by the IOM committee was that of supplementing pregnant and nursing women with 4000 IU/d vitamin D3 [4]. The study was completed before the IOM report was completed and brought to the committee's attention, but was not yet published. Important findings from the study include that it took about 4000 IU/d to increase 25(OH)D concentrations to over 40 ng/ml. The study explained that at this concentration, 1,25-dihydroxyvitamin D concentrations reached equilibrium with 25(OH)D, and higher doses did not increase 1,25-dihydroxyvitamin D concentrations much more, which alleviated many concerns about overdoses. The study found no evidence of hypercalcemia or hypercalcuria even with these large doses. Further, this higher dose generated a sufficient concentration of unconverted vitamin D3 in breast milk that the nursing infant could produce its own 25(OH)D. The effects of vitamin D during fetal development are largely mediated through 1,25-dihydroxyvitamin D (the active form of vitamin D) binding to vitamin D receptors, which then regulate the expression of over 200 genes, upregulating about two-thirds, downregulating one-third.

One of the important benefits of vitamin D is a reduction of cancer risk. There are many ecological observational studies and two RCTs supporting a role of vitamin D in reducing risk of about 15 types of cancer and increasing survival in about seven types of cancer. A meta-analysis of case-control and prospective studies for breast, colorectal and prostate cancer found that an increase of serum 25(OH)D concentration of 10 ng/ml was associated with a 15% reduction in colorectal cancer incidence, an 11% reduction in breast cancer incidence, but no effect for prostate cancer [5]. Ecological studies support a role of UVB in reducing risk of prostate cancer, so it could be that observational studies have not looked at the right period of life or serum 25(OH)D concentrations.

Another paper on women diagnosed with breast cancer found increased survival for those with higher serum 25(OH)D concentrations. In those with lower vitamin D concentrations, overall mortality rate increased by 8% while distant disease rates decreased by 14% per 10 nmol/l decrement in 25(OH)D [6].

A study in the U.S. found those with HIV not using vitamin D supplements were very likely to be vitamin D deficient [7]. As vitamin D has important immune protection properties, this finding suggests that those with HIV or AIDS should be supplementing with vitamin D.

A RCT study in the UK involving four doses of 2.5 mg (100,000 IU) adjunctive vitamin D in adults, raising serum 25 with pulmonary tuberculosis found a reduction in sputum conversion time of 36.0 days vs 43.5 days for the controls [9]. However, the effect depended on vitamin D receptor genotype. Those with TaqI or tt genotype had statistically significant reductions, while those with FokI genotype did not receive a benefit. This study indicates that vitamin D receptor alleles affect how effective vitamin D can be against infections.

A recent population study estimated, for the six geopolitical regions of the world the reduction in all-cause mortality rates from increasing mean serum 25(OH)D concentrations. [10]. The current understanding of the serum 25(OH)D-disease outcome relations for cancers, cardiovascular disease, respiratory infections, respiratory diseases, tuberculosis, diabetes mellitus, Alzheimer's disease, falls and fractures, meningitis, Parkinson's disease, maternal sepsis and hypertension, and multiple sclerosis was used in the calculations. Estimated reductions in mortality rates from increasing serum 25(OH)D from 20 ng/ml to over 40 ng/ml ranged from 7% for Africa to 17% for Europe. Since life expectancies varied by region, the estimated increase in life expectancy was about two years in all regions.

While the evidence of beneficial effects of vitamin D continues to expand, the IOM committee members continue to defend their original report. Thus, it seems to be up to individuals and their doctors to review the evidence and respond as they see fit. For those interested in obtaining additional information, these websites may be helpful:

The first two are organizations devoted to educating the public about vitamin D; the third is a resource trying to put online as much information about vitamin D as possible; the last two are sites where titles, abstracts, and, in some cases, complete papers on vitamin D can be found by use of search words.