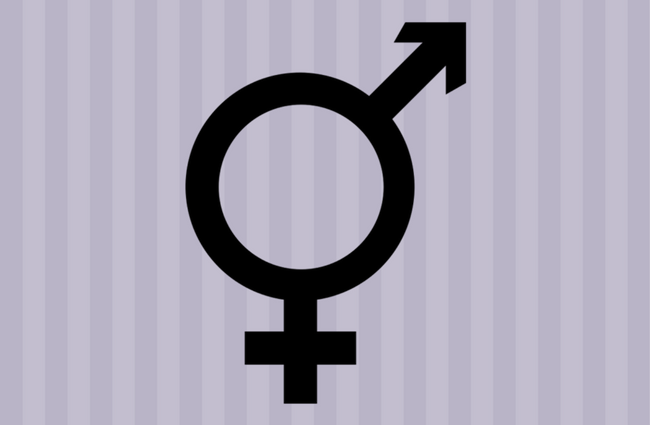 If you’ve ever wondered where all the alpha males have gone, the interaction between chemistry and biology may offer a clue.

Gender bending chemicals are everywhere, literally impossible to avoid. They act as endocrine disruptors (EDs) that block, decrease, or overstimulate hormones. Most commonly, EDs mimic estrogen, lower testosterone and  prevent the male hormone from doing its job, causing males to exhibit more female traits. The resulting hormonal imbalances may be at the root  of disturbing worldwide trends for males that include delayed puberty, falling sperm counts, shrinking size of genitals, far fewer boys with far more genital deformities being born than ever before, and a rise in gender fluidity as boys are increasingly feminized. A similar effect is seen across the planet in wildlife, with reports of a rise in hermaphrodite amphibians, male fish developing eggs in their testicles and complete sex change in species with ED exposure. Governmental-industrial alliances have unleashed weapons of mass feminization throughout Planet Earth, involving all inhabitants in a dangerous and uncontrolled experiment whose results point to a dystopian future, the likes of which make Soylent Green look tame.

The NIH National Institute of Environmental Health Sciences says this about EDs:

Mass experimentation with hormones began early in the 20th century, but the term “endocrine disruptor” wasn’t coined until 1993:

Diethylstilbestrol (DES), a synthetic estrogen, is the historical poster child for the effects of EDs. Early on it was used to lower testosterone levels in convicted sex offenders, a form of chemical castration. Doctors prescribed DES to an estimated 10 million pregnant women between the years 1938 - 1971. It strongly mimics estrogen and was thought to prevent miscarriage and other pregnancy problems. In 1947, the FDA eventually approved it for use in pregnancy. Research published in 1953 found that DES did not prevent miscarriage or premature birth, but doctors continued to prescribe it. In 1971, the FDA issued a Drug Bulletin instructing doctors to stop prescribing DES because it was found to cause a rare vaginal cancer in female offspring as young as 8 years old. DES sons are more likely to have testicular cysts, varicose veins, infection and inflammation, cryptorchidism (small and/or undescended testes), microphallus (small penis), hypospadias (malformed penis), infertility, and a higher prevalence of homosexuality, gender dysphoria, intersex conditions and identity as male to female transsexual or transgender.

Phthalates are anti-androgen, gender bending chemicals found in plastic containers used for almost every consumer product category including food, personal care products, cosmetics, fragrances and household cleaners. They soften the plastic, make it flexible and shatterproof, help it last longer, and can add transparency. In addition to the plastic bottles they are sold in, drugs and nutritional supplements often contain phthalates in the actual product itself, as binders, emulsifiers, gelling agents, stabilizers, lubricants and dispersants. Swedish male infants exposed prenatally to phthalates were found to have a shorter distance between the anus and genitalia, a validated marker of reproductive toxicity in animals. Other studies confirmed an increased incidence of undescended testes and other genital birth defects, and abnormal testicular function including a higher than average incidence of infertility in adult males. Phthalates are associated with changes in gender specific behavior, such as exposed males choosing to play with traditionally “boy typical toys” less often. Phthalate manufacturers support the safety of their products and dispute scientific findings of toxicity.

Commonly Used Drugs: Gender benders are not just stealth chemicals with unfamiliar names you can’t pronounce. Acetaminophen, the most popular non-prescription pain killer in the U.S., aspirin, and indomethacin have been shown to cause multiple hormone disturbances in laboratory tests of adult testicles. Given that prescription non-aspirin, non-steroidal anti-inflammatory meds now carry a black box warning for cardiovascular disease and over-the-counter versions carry similar strong language on their labels, painkillers as a class may offer more risks than benefits. Cholesterol lowing statins, widely used to prevent heart disease, are linked to erectile dysfunction, hypogonadism (reduced testicular volume), gynecomastia, low testosterone and reduced sperm motility.  Birth control pills are another feminizer that can pass through wastewater treatment and end up in municipal water supplies and drinkable tap water. Exposure to birth control pills has been shown to feminize fish and affect reproduction but the effects on human exposure through tap water is not known.


Triclosan is an anti-bacterial and anti-fungal ED banned from consumer antiseptic soap by the FDA in 2016. Interestingly, the FDA didn’t conclude triclosan is unsafe or ineffective, just that it was not studied enough by manufacturers to allow their product claims. Colgate Total, a toothpaste containing fluoride and triclosan, was given a pass because the manufacturer convinced the FDA that triclosan benefits outweigh its risks for gum inflammation and dental plaque based on studies the company performed. Observers were baffled by the FDA’s decision because triclosan is rapidly absorbed from gums, especially inflamed gums, into the bloodstream. Non-industry sponsored scientific studies of triclosan have found it to have anti-androgen and pro-estrogen activity, and to adversely affect male development, reproduction, and sperm movement, concentration and count. Triclosan can interact with free chlorine in unfiltered tap water to create other potentially harmful toxins.

Bisphenol A (BPA) is a gender bender found in over 90% of the population. BPA is a contaminant found in thermal cash register receipts but the most common route of exposure is through diet, because BPA leaches from plastic and metal containers and packaging into food and beverages. BPA acts to enhance estrogen and has been associated with low testosterone, erectile dysfunction, reduced libido and breast growth (gynecomastia) in men. Prenatal exposure is associated with feminization of male fetuses, testicular shrinkage, prostate enlargement, and abnormal sperm count and movement, which affects future fertility. Studies suggest that adverse health effects from BPA exposure occur at levels lower than the FDA approved standard. Structurally similar BPA-free packaging alternatives such as BPS should not be considered safer than BPA in their effects on health. 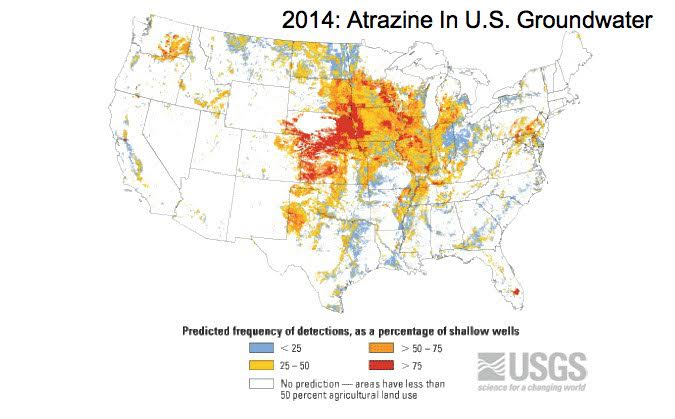 Atrazine, a herbicide banned in Europe in 2004, is still used widely throughout the US to fight weeds on residential lawns, golf courses and Christmas tree farms, and is sprayed on over half of our domestic corn.It’s one of the most commonly found pesticides contaminating American drinking water. In 2007, the Environmental Protection Agency reported that studies suggest atrazine is an endocrine disruptor, but declared it safe nevertheless. Prenatal atrazine exposure is linked to genital malformations and impaired sexual development in boys, and infertility. Syngenta AG, the manufacturer of atrazine, suppressed the research of Dr. Tyrone Hayes, who showed it chemically castrates and feminizes wild life. The company settled a lawsuit for $105 million in 2012, agreeing to remove the chemical from drinking water of 52 million Americans across the midwest while pleading “no liability.” Other lawsuits are ongoing. The EPA is currently reviewing its regulations on atrazine and its assessment is expected this year. Until then, atrazine continues to poison the well.

Federal regulations treat chemicals as “innocent until proven guilty,” which has allowed the average human body burden of EDs to increase unchecked. Official “safe” levels across countries are inconsistent because they result from the influence of powerful corporate interests on government. For example, the European Union limits BPA to 600 parts per billion per kilogram of food vs. Japan allows 2500, France recommends the total daily intake not exceed 0.0025, and the state of California includes it in its Prop 65 list of reproductive toxins. Setting safety levels for each individual ED doesn’t take into account the “stew effect, a more realistic view of how humans regularly experience the vast array of chemical toxins: exposure to many all at once, with additive effects. Specific safety levels also do not consider cumulative levels through time, as many toxins are stored in the body. There is evidence that endocrine disrupting effects on individuals are transgenerational and may continue to pass on, as with the DES third generation, DES grandchildren who experience a higher incidence of hypospadias and other abnormalities.

Endocrine disruptors are man-made hormone scramblers that affect males significantly more than females, at every age from the unborn to babies, boys, adolescents and adult men. They are found in the blood, urine and /or breast milk of virtually everyone who is tested, even those that live in remote, relatively “untouched” areas. In addition to feminizing effects, EDs have been linked to an increase in testicular and prostate cancer, cardiovascular disease, thyroid and immune disorders, diabetes and obesity.

You can’t completely run from endocrine disruptors, but here are some ways to help you hide. Anything that lowers the overall toxic burden makes a difference:

is fertilized with sewer sludge & wastewater.
Non-organic make-up & cosmetics are high in EDs.

Avoid Painkillers          Use natural alternatives such as turmeric for pain. 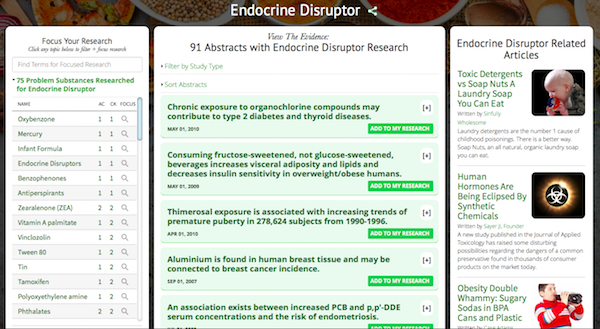 Jennie Ann Freiman MD is a physician interested in how the synergies of evidence-based and modern peer-reviewed knowledge can offer a holistic approach to wellness.