What is Doppler Velocimetry?

Views 6263
Posted on:
Friday, April 5th 2013 at 5:00 am
Written By:
Judy Slome Cohain, CNM
This article is copyrighted by GreenMedInfo LLC, 2013
Visit our Re-post guidelines 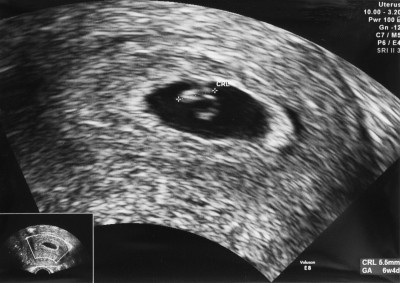 Although unexplained intrauterine growth retardation is related to smoking, drugs and alcohol, missing nutrients or micronutrients and/or stress, that is not where obstetrics looks to improve outcomes.  Instead of refusing care to heavy smokers or using frequent visits to enforce life style changes in nutrition and exercise, the protocol is to do Doppler velocimetry to measure the velocity of fetal blood flow for pregnancies at high risk of suspected intrauterine growth restriction (IUGR).

In 1995 Alfirevic called Doppler velocimetry 'promising'.( Alfirevic 1995) But after it had been studied on 10,225 at risk pregnancies, the 2010 review by Alfirevic found the effectiveness of Doppler velocimetry questionable due to the poor quality of the studies and publication bias. (Alfirevic et al. 2010)  Only small retrospective studies of extremely low birth weigh babies reflect a possible benefit of Doppler studies. (Chalubinski 2012)

IUGR is said to be the result of an undefined term called: placental insufficiency. This appears to be an undefined catch all phrase for lacking an explanation for stillbirths.  Placentas might always be sufficient.

The use of the term placental insufficiency was coined around 1975 from sheep experiments in which scientists disconnected half the blood vessels supplying the uterus and found that the sheep fetuses grew poorly. This is comparable to partial placental abruption, not suspected placental insufficiency. If the placenta completely abrupts or separates, the fetus dies after about 5- 8 minutes. In the case of a marginal, incomplete placental abruption of less than 50%, in most cases weeks of hospitalization proceeds delivery and outcomes are not necessarily affected by the partial abruption. (McCormack 2008)

Ultrasound can accurately identify a non-moving 20 mm object 60% of the time and a 10 mm nonmoving object: 35% of the time.  We learn this because 3D Color Doppler ultrasound was only able to see 60% of those cords wrapped twice around the neck and 35% of cords wrapped once around the neck several hours before delivery, with a 20% false positive rate i.e. in 20% of cases thought there was a nuchal cord where there wasn't one. (Cohain 2010) Doppler velocimetry attempts to measure the speed of the moving blood flowing inside a less than 1 mm wide fetal artery in a 600 gm fetus who is bobbing around in a water balloon.  While the accuracy of ultrasound of the nuchal cord can be confirmed a few hours later at the time of delivery, the actual speed in the fetal artery can never be confirmed which is one definition of witchcraft.

Doppler velocimetry doesn't have a camera to measure velocity directly but rather measures velocity of the blood by the frequency of the ultrasound waves bounced back relative to the ultrasound waves sent out and then usually reports the result as the ratios between the systolic and diastolic flows to make it really confusing or complicated sounding.  Doppler velocimetry is based on the Doppler principle.  The Doppler Effect is the phenomenon that you experience when an ambulance goes by.  The pitch or frequency of sound heard is higher than the emitted frequency during the approach, identical at the instant of passing by, and lower as the ambulance gets further away.

An ultrasound sound wave is sent out at a particular frequency. On hitting a moving target, some percentage of these waves are reflected back but they are reflected back at a different frequency/ies, just like the ambulance driving by. The difference in frequency between ultra-sound wave sent out and the frequency of the sound waves reflected back, the ''frequency shift'' is used to try to calculate the velocity at which the target, the fetal blood is moving.  This calculation is dependent on knowing the exact angle between the direction of the sent out sound waves and direction of movement of the blood. (Detti et.al.2004) However, the fetus is small and moving, the target is a 1 mm wide artery in a floating fetus, so an exact angle cannot be held, making the results irreproducible.

What if the velocity of the speed of blood in the fetus could be measured accurately, would it be a relevant thing to measure?  The theory behind Doppler velocimetry is that the speed of blood in the umbilical arteries moving blood from the fetus back to the placenta might provide information on the resistance of flow in the placenta.  One theory proposes, high resistance in the placenta might be associated with stillbirth.   However, this has not been established.  (Detti et.al.2004)

An argument for why placental resistance would not be relevant or related to stillbirth is that the placenta is continuously remodeling in response to food and oxygen supply. (Hromadnikova 2012) Background studies of placental function have shown that the upkeep of the placenta costs approximately 40% of the oxygen and 70% of glucose transporting food from the mother's blood. (Baschat 2004) After the placenta takes its O2 and sugar needs, the blood carrying the O2 and sugar that is left, continues on to the fetus, directed to both the fetal liver and the fetal heart. Normally about 75% of umbilical blood delivered to the fetus goes to the fetal liver and only 25% to the heart. From the fetal liver and fetal heart, the blood continues to the brain and body before being recycled back to the placenta for reoxygenation.   In the case of malnutrition/smoking, the placenta may be provided with less nutrients and/or oxygen to adequately supply the fetus at certain times. At these times may shunt more blood to heart, which pumps to the brain. There is no uniform clinical picture of placental insufficiency (Hromadnikova 2012).

When there is insufficient oxygen and sugar, the ductus venosus which brings blood from the cord to the fetal liver and heart, may shunt a slightly larger percent of oxygenated blood toward the fetal brain and heart, rather than the liver, intestines and extremities.  (Porat 2003,Hromadnikova 2012) Sometimes the adrenal glands and spleen may show evidence of enhanced blood flow which would theoretically results in increased oxygenated blood to the heart and brain. (Hromadnikova 2012) It sometimes results in blood moving at slightly faster pace out the umbilical arteries for re-oxygenation.

In this way, the placenta dynamically responds to higher and lower nutrient supplies.  At the same time as it responds to nutrient supply, it also constantly rebuilds itself, discarding old villi and building new ones as well as moving northward in the uterus.

Nutrient deprivation, endocrine imbalance and lower blood oxygen levels have been seen to temporarily alter organ function and maturation, but only temporarily. (Makikallio 2012).  When long term studies look at these children later in life, there are no long term consequences to these compensations of the placental and fetal blood vessels. Neither continuous, absent or reversed diastolic (between heart beats) umbilical artery flow have been shown to have long term effects on health later in life.( Makikallio 2012)  The ability of the placenta to compensate to most situations and lack of evidence of long term effects is not emphasized. (Porat 2003)

Doppler velocimetry is either useless or dangerous. If a woman is having growth retarded fetuses, eliminate smoking and recreational drugs and alcohol, eat a balanced, adequate diet before and during pregnancy, walk three miles per day, and eliminate extreme stress.  That's the only proven way to prevent unexplained stillbirth or prevent or treat IUGR.  No one profits from it but the mother and the fetus.