What If A Vitamin Could Have Saved Robin Williams?

Views 12891
Posted on:
Tuesday, October 21st 2014 at 11:00 am
Written By:
William Conder
This article is copyrighted by GreenMedInfo LLC, 2014
Visit our Re-post guidelines 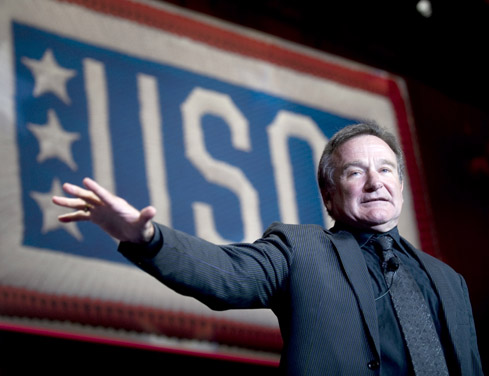 Robin Williams' health history would have made him a perfect candidate for Hoffer's high-dose niacin therapy. But would this therapy been better than the "best" drugs available to Williams?

Robin Williams' suicide death was shocking and surprising, until his health problems were made public. He'd been diagnosed with depression and Parkinson's disease in addition to having had a history of alcoholism and recreational drug abuse. And he had surgery in 2009 for a heart condition.

Just a month before Williams' death, the health news was abuzz with condemnations of an essential nutrient in the human diet: niacin. The drug company Merck was testing its high-dose niacin to determine if it really was helpful to people with heart disease. In the project, Merck researchers gave older adults with advanced cardiovascular disease a drug "cocktail" that included a statin, another cholesterol-lowering drug that works in the intestine, a drug that was refused approval by the FDA – and threw niacin in on top. When the research project didn't go as planned, Merck halted it, saying that niacin was causing dangerous side-effects and that, in general, it was harmful.

Merck's conclusion, however, contradicts 60 years of research and clinical discovery that niacin is the most effective, safest, and cheapest substance in the treatment of cardiovascular disease. Canadian psychiatrist and biochemist Abram Hoffer discovered niacin's cholesterol-lowering, heart-health effects after he had been using it successfully in the treatment of schizophrenia, depression, and alcoholism.

Hoffer, with a few others, discovered a stress hormone that was associated with schizophrenic episodes. Based on that discovery, they theorized that in some cases mental illness was a biochemical imbalance that could be corrected with high doses of niacin. Their research confirmed the theory. At the time, Hoffer thought he would be praised for his discoveries. Instead, other shrinks, especially those representing the American Psychiatric Association, did their best to ignore, and even discredit, Hoffer's work.

Hoffer and Linus Pauling, Ph.D., collaborating with others, did research, wrote papers and books, and established what they called orthomolecular medicine. Pauling, after famous physiologist Albert Szent-Gyorgyi, the Nobel Prize winner who discovered vitamin C, and the less well-known bio-chemist Irwin Stone, Ph.D., promoted and popularized the use of high-dose ascorbic acid. Pauling, however, met with substantial resistance, which persists to this day, from the conventional nutrition and medical establishments. Recently, a pediatrician who developed a vaccine for a common "stomach flu" virus, called Pauling a "quack" for recommending vitamin C for colds. Coincidentally, of course, this pediatrician's vaccine is manufactured by Merck. Vitamin C is known to have potent anti-viral activity.

Linus Pauling, a two-time Nobel Prize winner, is generally regarded as one of the most important scientists in Western history.

Bill W., founder of Alcoholics Anonymous, was treated successfully by Abram Hoffer for depression and alcoholism. Hoffer treated 5000 schizophrenics with niacin. Many of his case studies are remarkable. When asked how could something simple like the vitamin niacin be so effective against so many disease conditions, he would point to its essential importance in hundreds of metabolic reactions in the body in every moment.

Robin Williams' health history – alcoholism, addiction, depression, heart disease, Parkinson's – would have made him a perfect candidate for Hoffer's high-dose niacin therapy. It's doubtful that Hoffer's approach was made available to Williams, and there's no guarantee that it would have helped him. But it is known that Williams was prescribed a "cocktail" of drugs, probably the "best" drugs developed by the "best" drug companies, by the "best" doctors money can buy. And it's known that the prescription drugs Williams was taking can cause depression. Friend and fellow comedian Rob Schneider clearly stated his opinion in the days following Williams' death that it was the prescription drugs that caused Williams' suicidal depression.

In a 1996 article in which he discussed the differences between the vitamins-as-prevention versus the vitamins-as-treatment paradigms, Hoffer said, "The American Psychiatric Association bears major responsibility for preventing the introduction of a treatment which would have saved millions of patients from the ravages of chronic schizophrenia." He said that the American Psychiatic Association had been "... captured by tranquilizers." Anti-psychotic drugs, prescribed for schizophrenia and bi-polar disorder, netted $9.6 billion in 2004 and increased to $18.5 billion by 2011.

"Do not let either the medical authorities or the politicians mislead you. Find out what the facts are, and make your own decisions about how to lead a happy life and how to work for a better world." - Linus Pauling

(Thanks to Andrew Saul and doctoryourself.com for information about Dr. Abram Hoffer.)