What Is the Liver Powerhouse Silymarin?

Views 12798
Posted on:
Tuesday, September 7th 2021 at 6:45 am
Written By:
GreenMedInfo Research Group
This article is copyrighted by GreenMedInfo LLC, 2021
Visit our Re-post guidelines 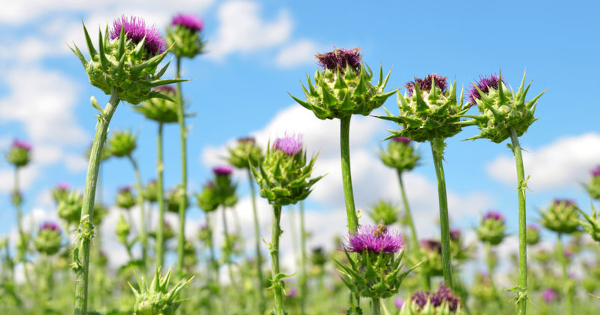 Here's what science has found most beneficial about silymarin, extracted from milk thistle and known to be a friend of your liver mainly through its antioxidant and anti-inflammatory properties

When it comes to treating liver and gallbladder disorders, there is one name that stands out: silymarin. As a group of flavonolignans extracted from milk thistle, silymarin has been traditionally used for various protective benefits, from reinvigorating liver function to promoting breast milk production.

The milk thistle plant, scientifically known as Silybum marianum, is a prickly plant with purple flowers and milky white veins present on the leaves, thus its name. Silymarin is the group of plant compounds that act as its active ingredient.[i]

Silymarin is the main bioactive component of this medicinal plant. It is a mix of various flavonolignans, includings silybinin A and B, isosilybinin A and B, silychristin and silydianin.[ii] Milk thistle extract has a high silymarin content of approximately 65% to 80%.

Silymarin is famed for its antioxidant, antiviral and anti-inflammatory components,[iii] as well as its traditional use or treating the liver and restoring its health. In addition, milk thistle itself is generally considered safe to take. Side effects are rare, and in an oral form standardized to contain 70% to 80% silymarin, it appears to be safe for up to 41 months of use.[iv]

Uncontrolled trials and case reports cited successful treatment with intravenous silibinin, a flavonolignan isolated from milk thistle extracts, in nearly 1,500 cases.[vii] Overall mortality in those treated with the formula was less than 10%, compared to more than 20%when using penicillin, or a mix of silibinin and penicillin.

Among the secondary outcomes were reductions in inflammation and fibrosis score in the silymarin group, leading the researchers to conclude that silymarin may decrease liver fibrosis, to be confirmed in larger trials. Fibrosis is the formation of abnormally large amounts of scar tissue in the liver.

The chemopreventive effects "have been established in several studies using in vitro and in vivo methods," according to the researchers, and combine well with anti-inflammatory and inhibitory effects on the metastasis or spread of cancer.

Not to be ignored is silymarin's formidable list of other health benefits, such as boosting milk production in lactating mothers. A randomized trial found that mothers taking 420 mg of silymarin for 63 days produced more breast milk than subjects who took a placebo.[xi] Silymarin combined with phosphatidylserine and galega also increased milk production in moms of preterm infants, without any significant side effects.[xii]

Milk thistle is also a traditional remedy for neurological disorders such as Alzheimer's and Parkinson's diseases. Its antioxidant and anti-inflammatory action mean it may be neuroprotective and help prevent the brain decline experienced with aging.[xiii]

For more information, there are nearly 100 abstracts with silymarin research on the GreenMedInfo.com database, where you can discover more of its practical therapeutic benefits for your liver and whole body health.

Interested in learning more about Liver Health? Register for the free, upcoming docu-class on liver health and natural ways to address a variety of related health complaints! Get free access here.