What’s the Point of Health? 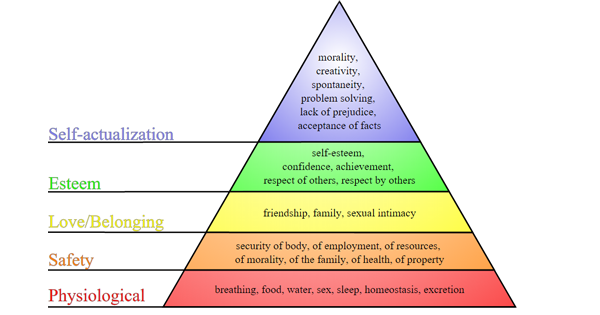 When the body comes into harmony, it's more than just symptom relief, it's an opportunity to come into yourself and ascend that ladder.

I used to be an atheist, in fact, I used to be a self-described "belligerent atheist".  I thought that religious dogma was the outgrowth of fear and unresolved parental issues. Certainly, much modern religion has lost touch with its more mystical roots, but there is no question that what ails the average American, as Graham Hancock quotes, is a disconnection from Spirit.

The Religion of Medicine

When we disconnect from a sense of inner guidance and intuition, we are forced to rely on external constructs, on authority, and experts. My mentor Dr. Nicholas Gonzalez said,

"The last remaining religion is medicine. If you look at Sloan Kettering, it's actually like a temple, and the priests wear white coats and they speak their own language. Patients tend to bow down to that.  Never underestimate the power of authority."

What happens when religion masquerades as medicine and seeks to summarily eliminate all competing belief systems? When we are told that there is one truth and that that truth is consensus-driven medicine? Perhaps the 110 bills introduced across this country to eliminate religious and personal belief exemptions to vaccination are a symptom of this insidious process.

"Patients have to do the treatment they believe in. Fear is an infectious disease. You can catch fear but you can't catch faith. That has to come from within."

I have always practiced in this ethos. I know that fear has a nocebic effect that cannot be undone. But where there is faith – in the body's ability to heal when properly supported, magical things can happen.

Nick wrote me in an email before he passed about the role of healing the ANS (autonomic nervous system) in a patient's life path,

"I was pleased, though not surprised, to learn yesterday that you have moved beyond atheism, the fanatical religion of our time.  I approach atheism the way I approach adolescent acne, as a phase many go through that is meant to be outgrown, discarded, and forgotten.  Unfortunately too many "smart" people stay stuck in adolescent levels of spiritual understanding, which limits them in their personal lives and precludes, in our particular profession, physicians from becoming truly healing.  More on this later. Interestingly enough, we find as the ANS branches become strong, healthy, and balanced, the brain hemispheres become stronger, healthier, and more balanced, and patients will start often looking into higher things spontaneously with no prompting.  Sometimes it's amazing to watch.  It's a question of the whole being far more powerful and insightful than the sum of its parts (ie, SNS and PNS)."

Snarky comments about atheism aside, he touched on something that I have observed in my own life and in the lives of many of my patients who go on to become nutritionists, counselors, and artists after our work is largely completed.

This is the concept of Maslow's Hierarchy, pictured above. The notion that needs must be met in a particular order, and that the meeting of these needs frees one to examine higher order intentions. The typical hierarchy looks like this:

Once we have fed ourselves and put a roof over our heads, then we concern ourselves with external dangers, then with relationships, then with self-love, then with spirituality and coming in touch with our own power.

Of course, in today's heath climate, many of us can get stuck pin-balling between the lower three rungs on the ladder never quite making it to the apical agenda. I see this work, the work of teaching patients about lifestyle medicine, as having an unintended benefit of radically changing, evolving, and freeing one's life path to expose the potential for purpose-driven behaviors.

We all want to know and connect to our purpose in this life. We want to know what we are here for. How can we bother with that if we are plagued by fears of degenerative conditions, chronic ill health, and bogged down under labels and diagnoses?

When the body comes into harmony, it's more than just symptom relief, it's an opportunity to come into yourself and ascend that ladder.

Personally, I had to heal my body, and resolve my autoimmune condition before I could open myself up to my greater mission, and to the gifts of a practice like kundalini and connection to the power of energy medicine. I understand now that cultivating an inner compass is trusting in a guide inside, and connecting, without fear, to a trust in the unfolding of the universe. An unfolding we are here only to witness, not to manipulate. In this way, challenges, and distress are an invitation to look at what might be misaligned or out of balance.

Own Your Body. Free Your Mind. It's so much more than a "cure".