What Is Yerba Mate? 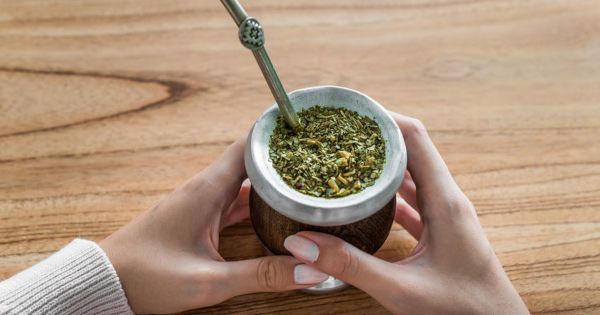 Looking for a coffee alternative that packs the same energetic punch? Try yerba mate tea for a healthy way to boost your day

Herbal health trends come and go, but coffee and tea are perennial favorites. What if you could enjoy a beverage that has the invigorating properties of coffee, the health benefits of tea and the rich decadence of chocolate? It may sound too good to be true, but Yerba mate is a beverage that will make you a believer.

Yerba mate is an herbal tea made from the leaves and stems of the evergreen shrub Ilex paraguariensis, native to South America. Related to the North American holly bush, the green, waxy leaves are harvested and dried to make the specialty tea that is used as a coffee alternative around the world.

Yerba mate's historic value stretches back to the indigenous peoples of South America, where it was used to enhance physical stamina. Consumption spread as this region became influenced by Spanish and European settlers and explorers, eventually leading to plantations dedicated to the cultivation of yerba mate, where I. paraguariensis was harvested year-round.

Traditional preparation methods call for steeping the crushed leaves, referred to as "yerba" or herb, inside of a hollowed-out gourd container called a "mate." Just enough cold water is added to cover the herbs and prepare them for hot water infusion. Once steeped, the yerba remains in the gourd while the tea is sipped through a filtering straw called a "bombilla."

The earthy taste of yerba mate is often balanced with sweetener, creating a full-bodied richness that has been compared to drinking hot chocolate. In many cultures, drinking yerba mate is a communal ritual, wherein the tea-filled gourd is passed to each member of the group, who in turn gives thanks for life's blessings with each sip.

Yerba mate's popularity spans thousands of years and it's clear why this adaptogenic herb is so appealing. The tea's high caffeine content provides an energy boost, increased alertness and may even help improve concentration.[i]

As with most plant-based medicinals, yerba mate's potency as a health tonic is due, in part, to a high concentration of polyphenols, micronutrients that produce antioxidant effects. A 2008 study on yerba mate's bioactive compounds found that they act as "free radical scavengers," concluding that regular consumption of yerba mate tea may help protect cells from damage and prevent breakdown of DNA strands, as well as boost DNA repair activity.[v]

Yerba mate has a wealth of anecdotal evidence supporting its use for a variety of health conditions. Traditional uses include weight loss, possibly due to an appetite reduction effect. Modern scientific studies have confirmed yerba mate's potential to boost metabolism by naturally suppressing hunger, leading to reduced food intake and a reduced growth rate of adipose (fat) tissue.[vi]

Researchers noted a higher basal metabolism in mice fed a yerba mate supplement and that the tea's effects on lipid metabolism can lead to lowered serum cholesterol, triglycerides and glucose concentrations, calling yerba mate a potential treatment for obesity and diabetes.[vii]

Beyond yerba mate's potential for treating "diabesity," this powerful plant medicine has been studied for its usefulness in treating several metabolic conditions, including hyperinsulinism,[ix] fatty liver disease,[x] metabolic syndrome[xi] and the effects of a diet high in unhealthy fats.[xii] 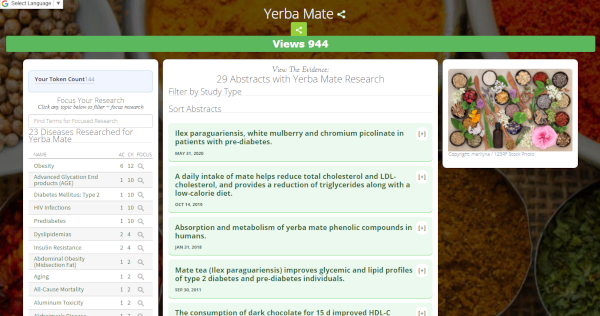 [i] WebMD, Diet, Are There Health Benefits to Drinking Yerba Mate? https://www.webmd.com/diet/health-benefits-yerba-mate