What's That Stuff You're Eating For Breakfast? 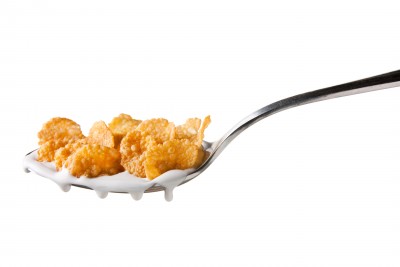 Several years ago I spoke with a food scientist at one of the major organic cereal companies. He told me what I already suspected — boxed breakfast cereals, even if "healthier" are just dead foods. He said that they are cooked, baked and fried — to death — until there is no nutritional value. Knowing this, they infuse a powdered chemical into the cereal that contains a host of synthetic vitamins and minerals. It's an empty gesture — just as empty as its nutritional value. Too bad that so many millions of people rely on these cereals to start their day.

Author Scott Bruce, Cerealizing America: The Unsweetened Story of American Breakfast Cereal, writes, "Americans buy 2.7 billion packages of breakfast cereal each year. If laid end to end, the empty cereal boxes from one year's consumption would stretch to the moon and back."

Perhaps this is the best and most succinct assessment of breakfast cereal as we know it today. Felicity Lawrence, The Guardian, writes, "One of the earliest convenience foods, processed cereals represents a triumph of marketing, packaging and US economic and foreign policy. They are the epitome of cheap commodity converted by manufacturing to higher value goods; of agricultural surplus turned into profitable export. Their ingredients have a disconcerting overlap with my cat food. Somehow they have wormed into our confused consciousness as intrinsically healthy when by and large they are degraded foods that have to have any goodness artificially restored."

California food writer Vanessa Barrington gives us a colorful description of what it takes to make boxed breakfast cereal...

"Whole grains are crushed, ground, and put into a giant vat where they may or may not be mixed with flavorings and vitamins and then cooked for several hours over high heat. The resulting porridge can then take one of two journeys:

1. It may be dried slightly and then conveyed to giant rollers that flatten the grains into flakes that are then moved to a super-heated drum that sprays sugar, vitamins, and other additives onto the flakes and then dries them.

2. The slurry of cooked grains may be moved to a cooker-extruder where it is mixed with water, sugar, additives like food coloring, vitamins, minerals, preservatives, and salt, and cooked and agitated over high heat with a giant screw. It is then extruded out, and cut into any number of shapes, before being dried and packaged."1

This scenario is made worse when you consider all the substances that are frequently added to this dead creation by non-organic food companies — artificial sweeteners, synthetic vitamins, artificial dyes, processed salt, artificial flavoring and lots of refined sugar. Mike Augustine, director of food ingredient applications, A.E. Staley Manufacturing Company says, "Besides adding sweetness, sugar coatings provide another layer between the milk and the cereal to prolong its crispness. Other ingredients can be added to the sugar coating to enhance its functionality. "The addition of starches, dextrins or maltodextrins to the surface of cereals will improve the storage stability of the sweetener system."2

There are all sorts of scientific tricks that go into making peoples' favorite cereal — puffing, crunching, flavoring, sugar-coating, texturing and coloring. Scientists have even figured out that a thin layer of sugar can keep milk away from your cereal to keep it from becoming soggy right away.

It's anything but healthful

What part of this sounds healthful to you? You can imagine that your body doesn't recognize it as either natural or life-supporting. Essentially it's dead food devoid of life-sustaining nutrients. Is this any way to experience the most important meal of your day? What about your child's day?

What's a more healthful alternative? You're better off making your own granola-type cereal. You can get several different kinds of raw organic nuts, some Coconut Butter, and some oatmeal then grind it up in a food processor for a couple of seconds. Add some fresh fruit — all organic — and some organic half-and-half milk and there you go — a thousand times healthier than the boxed variety. Or stick to making your own steel cut oats, butter and milk. Some nutritionists would argue that you should forget about cereal altogether and make yourself a vegetable, egg and cheese omelet.

When you realize what food processors do to cereal before it's poured into a pretty box, it's not hard to figure out what will happen to you when you habitually start your day with dead food.

Vic Shayne, PhD, is a the author of many articles and several books on natural health care and nutrition, including Man Cannot Live on Vitamins Alone. And his most recent work is Stressing Out Over Happiness, exploring the relationship between, stress, the mind, and happiness. He is the director of Honest Formulas (https://honestformulas.com/) which focuses on the beneficial effects of healing with whole foods and whole food supplements.