Wheat As A Common Cause of Dyspepsia and Irritable Bowel 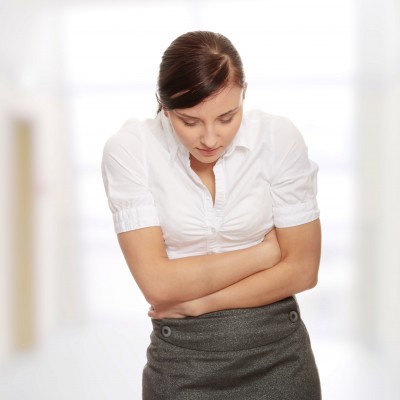 Could common complaints of bloating, upper abdominal discomfort and indigestion following a meal, and even the increasingly prevalent complaint lazily labeled 'irritable bowel syndrome' by practitioners of conventional medicine , be worsened -- even caused -- by consuming wheat?

It is already well-established that patients with gluten-sensitive enteropathy, an inflammatory condition of the small intestine caused by the consumption of gluten-containing grains like wheat, also frequently suffer from what is known as dysmotility-like functional dyspepsia symptoms* -- a technical term for upper abdominal discomfort or pain, with symptoms that include: "early feeling of having enough to eat, fullness after a meal, nausea, recurrent retching and/or vomiting, upper abdominal bloating, and upper abdominal discomfort aggravated by food." (Source)  These symptoms occur in the absence of a physical lesion such as an ulcer.

This is why new research performed out of the Hospital San Jorge in the Department of Gastroenterology and Hepatology in Huesca, Spain,[i] focused on the question: how many patients diagnosed with dysmotility-like dyspepsia symptoms are experiencing adverse gastrointestinal symptoms as a result of eating wheat (gluten) in their diet?

The researchers looked retrospectively at 142 patients who presented with "dysmotility-like dyspepsia symptoms and normal upper gastrointestinal endoscopy." First, biopsies were taken of their duodenums (the first section of the intestine).  Second, in patients with clinically verified enteropathy they performed typical blood tests for celiac disease (e.g. anti-tissue transglutiminase IgA antibodies), as well as genetic testing for the HLA-DQ2/DQ8 genes almost always found implicated in those diagnosed with celiac disease. In addition, they put the patients on a gluten-free diet if one of these markers were found.

The results were as follows

In essence, the study revealed that intestinal damage (enteropathy) is relatively high in those diagnosed with dysmotility-like dyspepsia; basically one in three (35.9%) suffered from clinically confirmed damage to the intestine. Moreover, most patients in this study with clinically-confirmed enteropathy (84.1%) had the genetic locus for celiac disease susceptibility (HLA DQ2 or -DQ8), indicating the observed intestinal damage (enteropathy) may have a genetic component and may often be caused by undiagnosed celiac disease.

Even more remarkable was the observation that "Out of the 37 patients who started a gluten-free diet, 34 (91.9%) improved their symptoms, and 28 of 32 (87.5%) had a histopathological or serological response."

This latest study speaks to the possibility that many common gastrointestinal symptoms, including common complaints of indigestion, may be directly linked to the consumption of wheat. Whereas often the knee jerk response to this type of symptomology is the prescription of an acid-blocker, whose clinical efficacy has been shown to be poor to non-existent for this type of condition, the real solution may actually be removing wheat (the cause) from the diet.

Another similar case in point is irritable bowel syndrome.

A 2007 study published in the Clinical Journal of Gastroentology and Hepatology found that over one in three patients with diarrhea-predominant irritable bowel syndrome (IBS) shared the same blood and genetic markers classically associated with celiac disease.[ii] Moreover, after 6 months of gluten-free diet, "stool frequency and gastrointestinal symptom score returned to normal values in 60% of diarrhea predominant IBS patients who were positive and in 12% who were negative for HLA-DQ2 and celiac disease-associated serum IgG."

In other words, gluten may cause or worsen the symptoms commonly associated with 'irritable bowel syndrome,' possibly in as high as one-third of diarrhea-predominant diagnosed cases, and gluten avoidance may cause significantly more than half (60%) of those cases to resolve.

Wheat contains gluten, and gluten is literally the Latin word for glue. Do you see how that could present a problem for digestive or bowel health?

Furthermore, the "gluten" protein in wheat is actually not one, but a complex of proteins consisting of over 23,000 distinct biomolecules.  This means that instead of "one" problematic substance in wheat, folks are dealing with thousands of potential antigens in one grain. Some of these antigens, such as the 33 amino acid long sequence known as 33-mer, have structural similarities to pathogenic proteins. 33-mer, for instance, is almost identical (homologous) with pertactin, the uniquely toxic sequence in the whooping cough pathogen known as pertussis.

Another protein within the alpha-gliadin subcategory of "gluten" proteins up-regulates the protein zonulin in the digestive tract, which increases intestinal permeability. This can literally open pandora's box of diseases, insofar as a leaky gut can cause stomach contents to enter the blood, wreaking havoc upon the immune system with countless foreign antigens and bacteria. No wonder wheat consumption has been linked to over 300 adverse health effects.

We are fast moving beyond the outdated notion that wheat toxicity is a rare situation that only afflicts those classically defined as having celiac disease; rather, the time has come for us to shift the focus back on the disease trigger itself: wheat, to stop blaming the victim (it's bad genes; you are "sensitive or intolerant" to gluten; it is just an allergy you have) and start focusing on the real problem: wheat represents a human species-specific intolerance, and wheat toxicity is a universal affliction, differing only in the matter of degree to which it affects us, or the degree to which we recognize those effects, especially more difficult to link "out of intestine" effects.

If you are interested in learning more about this topic, read The Dark Side of Wheat.

*Dsymotility-like dyspepsia symptoms of the gastrointestinal tract include distention of the stomach, fluid accumulation in the intestine, bloating, and tenderness or pain upon palpation. The term dyspepsia literally comes from the Greek word pepsis for "digestion" and the prefix dys- meaning "difficult,bad."  Colloquial synonyms include "upset stomach" and "indigestion." Dysmotility-like dyspepsia is also known as non-ulcer dyspepsia, or functional dyspepsia, and is characterized by the fact that evidence of an organic disease is lacking to explain the symptoms.