Wheat Contains Not One, But 23K Potentially Harmful Proteins 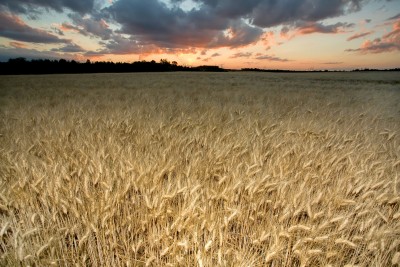 Despite popular misconceptions gluten is only the tip of a very large iceberg. There are actually 23,788 distinct proteins that have been identified in wheat, any one of which could incite a negative immune reaction in the body.

Most folks don't realize that when we are talking about health problems associated with wheat, or gluten, we are not talking about a monolithic entity, a singular "bad guy," solely responsible for the havoc commonly experienced as a consequence of consuming this grain. After all, how could just one villain cause the 200+ different clinically observed adverse health effects now linked in the biomedical literature to wheat consumption?

No, the problem is that "gluten" is an abstraction, and in its perceived singularity profoundly misrepresents the true extent of the problem, much in the way that the tip of an iceberg does not convey the massive threat submerged below ...

Gluten is the Latin name for "glue," and signifies the doughy complex of proteins within the wheat plant, further classified as either gliadins (alcohol soluble), glutelins (dilute acid or alkalis soluble), or other. Because wheat is a hexaploid species  (doesn't that sound creepy?), the byproduct of three ancestor plants becoming one, with no less than 6 sets of chromosomes and 6.5 times more genes than found in the human genome, it is capable of producing no less than 23,788 different proteins - a fact as amazing as it is disturbing.[i]

Well, any one of these proteins could elicit what is known as an antigenic response, i.e. the immune system identifies a wheat protein as other, launches either an innate or adaptive immune response, and attacks self-structures accidentally, as a result.

So, if only one protein could incite an adverse reaction, what would 23,000 different proteins do when presented to the body for processing simultaneously? And what if many of these wheat proteins were disulfide-bonded proteins, that is, "glued" together (Remember, gluten is the Latin word for glue) with the same, sturdy sulfur-based bonds found in human hair and vulcanized rubber – (think bowling ball plastic tough!) – which is to say, impossible for our digestive system to break down fully?*

What would happen is that many of these proteins would pass through our intestinal tract, made more permeable by the dual effects of gliadin (zonulin up-reguation) and wheat lectin (the invisible thorn), hence "opening pandora's bread box" of autoimmunity and systemic inflammation.

Keep in mind that 23,788 proteins is a very large number. And given the recombinatorial possibilities inherent in such a large number of distinct, different proteins, some of them have emerged -- by sheer accident -- as nearly identical (homologous) in structure and configuration to both narcotic drugs and virulent components of immune-system activating microbes.

Gliadin can be broken down into various amino acid lengths or peptides. Gliadorphin is a 7 amino acid long peptide: Tyr-Pro-Gln-Pro-Gln-Pro-Phe which forms when the gastrointestinal system is compromised. When digestive enzymes are insufficient to break gliadorphin down into 2-3 amino acid lengths and a compromised intestinal wall allows for the leakage of the entire 7 amino acid long fragment into the blood, glaidorphin can pass through to the brain through circumventricular organs and activate opioid receptors resulting in disrupted brain function.

There have been a number of gluten exorphins identified: gluten exorphin A4, A5, B4, B5 and C, and many of them have been hypothesized to play a role in autism, schizophrenia, ADHD and related neurological conditions.   In the same way that the celiac iceberg illustrated the illusion that intolerance to wheat is rare, it is possible, even probable, that wheat exerts pharmacological influences on everyone. What distinguishes the schizophrenic or autistic individual from the functional wheat consumer is the degree to which they are affected.

The digestion of gliadin produces a peptide that is 33 amino acids long and is known as 33-mer which has a remarkable homology to the internal sequence of pertactin, the immunodominant sequence in the Bordetella pertussis bacteria (whooping cough). Pertactin is considered a highly immunogenic virulence factor, and is used in vaccines to amplify the adaptive immune response. It is possible the immune system may confuse this 33-mer with a pathogen resulting in either or both a cell-mediated and adaptive immune response against Self.

So, while acknowledging that "gluten" is a problem is a good, first step in the acknowledgment of the dangers of wheat, it is just the beginning of a journey into understanding the true nature, and extent of damage caused by this debilitating food.