Wheat Found To Contribute To Rare Liver Disease In Children 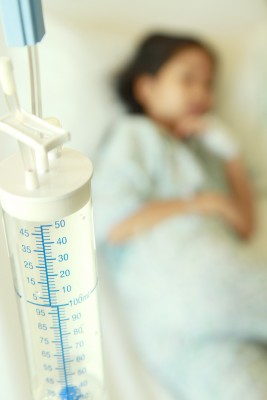 A new study published in the Journal of Pediatric Gastroenterology and Nutrition implicates gluten-containing grains in the pathogenesis of two related pediatric liver conditions: cryptogenic hypertransaminasemia (HTS), marked by the elevation of liver enzymes (transaminases) with unknown cause, and autoimmune hepatitis (AIH), marked by the host immune system producing autoantibodies that attack the liver.  In fact, the relative risk of a positive diagnosis of autoimmune hepatitis in children with celiac disease was found to be 188.54 times higher than in those without celiac disease, indicating that the damage commonly associated with severe, immune-mediated intolerance to wheat proteins (i.e. celiac disease) extend "beyond the intestine" to the liver. It also opens the door for the therapeutic role of a gluten-free diet in certain pediatric liver diseases.

The researchers conducted a systematic review and meta-analysis of the biomedical literature, spanning from 1977 to May 2012, in order to evaluate the prevalence of celiac disease in children with the two aforementioned liver conditions.  Nine studies involving a total of 2046 patients were identified. The results were as follows:

Their Conclusion was as Follows

Wheat's potential to cause immune-mediated liver damage has been observed in previous studies. For instance, in 2008, a study was published in the journal Liver International  that found celiac disease prevalence in a five-fold higher percentage of patients with end-stage autoimmune liver disease.[i]

Another study published in the Scandinavian Journal of Gastroentology in 2003 found that patients with chronic liver disease have a high prevalence of anti-tissue transglutaminase enazymes, similar to patients with celiac disease.[ii]

While these studies are illuminating, there is an 800 lb gluten-grain eating gorilla in the room, which is the weight of the biomedical literature itself when it comes to evidence describing the disease-promoting properties of wheat, and gluten containing grains in general. This research has found wheat has a wide range of modes of toxicity, from immunotoxic to neurotoxic, teratogenic to inflammatory, etc. We have painstakingly indexed over 200 adverse health effects and/or diseases associated with wheat consumption alone which can be viewed here: Wheat Toxicity Research. Moreover, there are over 23,000 distinct proteins produced by the gene-dense modern wheat plant (a hexaploid species, having six sets of chromosomes), any of which could induce an antigenic response in the human body, especially considering how difficult it is to digest disulfide-bonded proteins down to their non-immunogenic free amino acids.