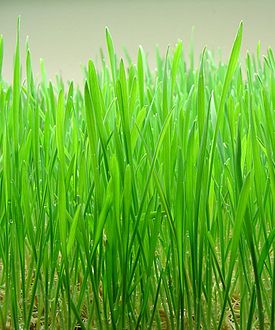 The idea that one can reverse aging, especially in eye diseases like cataracts, is usually looked upon as an unrealistic expectation. And yet research increasingly reveals that dietary interventions can lead to remarkable improvements. Aloe gel, for instance, was recently found to significantly improve visible signs of skin aging. Who, after all, would not like to age slower and/or reverse the process when unnecessarily accelerated?  And especially when loss of vision and/or potential blindness are at stake.

Watchful waiting, some vague nutritional recommendations, increased use of sunglasses, and, of course, surgical intervention, are still the standard of care from the conventional medical viewpoint. With half of all Americans in their mid-80's suffering from them, cataracts are generally considered a natural -- and inevitable -- part of the aging process. But there is a reason why not everyone in their 80's (i.e. the other 50%) gets them, and it likely has far more to do with nutritional factors, than genetics. How do we know that? Well, the following research may bring the point home poignantly...

There are a broad range of natural substances which have been researched for their ability to prevent cataract associated lens opacity, but wheat grass steals the show when it comes to demonstrably improving the condition, at least in the animal model.

According to a study published in the journal Biogerontology in 2005, on aging reversal titled, "Aging reversibility: from thymus graft to vegetable extract treatment -- application to cure an age-associated pathology,"1 wheat grass may actually REVERSE LENS OPACITY ASSOCIATED WITH CATARACTS:

"Old dogs were orally treated for a month and the lens opacity analysed before and after the treatment. Results showed a reduction from 25 to 40% of lens opacity. The efficacy of wheat sprouts in the recovery of age-related alterations and in treating age-associated pathologies could be due to the contemporary presence of small regulatory acid peptides, a remarkable level of highly energetic phosphoric radicals and antioxidant molecules, peculiarities that may be, to some extent, related to the aging process regulation." [emphasis added]

Wheat grass, of course, is likely not the only sprouted cereal seed capable of providing these uniquely beneficial properties.  And green foods, such as green leafy vegetables from non-cereal plants, are also of great value.  It is also important to point out that not everyone will do well with the wheat lectin (aka wheat germ agglutinin (WGA)) that is found in wheat sprouts, as it may contribute to osteoarthritis, for example.  But the key point here is that a simple nutritional change -- adding something living and green to the diet-- may make a world of difference in age-associated degenerative eye conditions, and is at least worth trying before more invasive, expensive and dangerous approaches are utilized.