Where Are The Bodies?

Views 1833
Posted on:
Thursday, January 31st 2013 at 5:00 am
Written By:
Orthomolecular News Service
This article is copyrighted by GreenMedInfo LLC, 2013
Visit our Re-post guidelines 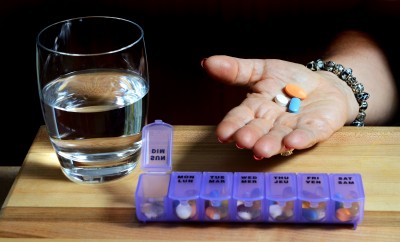 Two people are alleged to have died from vitamin supplements in the year 2011, according to AAPCC's interpretation of the most recent information collected by the U.S. National Poison Data System. One death was allegedly because of vitamin C; the other supposedly because of "Other B-Vitamins." As the AAPCC report specifically indicates no deaths from niacin (B-3) or pyridoxine (B-6), that leaves folic acid, thiamine (B-1), riboflavin (B-2), biotin, and B-12 as the remaining B-vitamins that could be implicated. However, the safety record of these vitamins is extraordinarily good; no fatalities have been confirmed for any of them. Vitamin C is also an extraordinarily safe nutrient. No deaths have ever been confirmed from supplementation with vitamin C.

Even allowing that the AAPCC data is correct (and we do not), two deaths in a year associated with vitamins, nationwide, is a very small number. Well over half of the U.S. population takes daily nutritional supplements. Even if each of those people took only one single tablet daily, that makes 165,000,000 individual doses per day, for a total of over 60 billion doses annually. Since many persons take far more than just one single vitamin tablet, actual consumption is considerably higher, and the safety of nutritional supplements is all the more remarkable.

To quote Abram Hoffer, MD, PhD: "No one dies from vitamins." The Orthomolecular Medicine News Service invites submission of specific scientific evidence conclusively demonstrating death caused by a vitamin. Association is not causation; allegation is not proof. If there were such proof, the media would have had it all over their front pages.

If vitamin supplements are allegedly so "dangerous," then where are the bodies?